THIS COULD GET UGLY 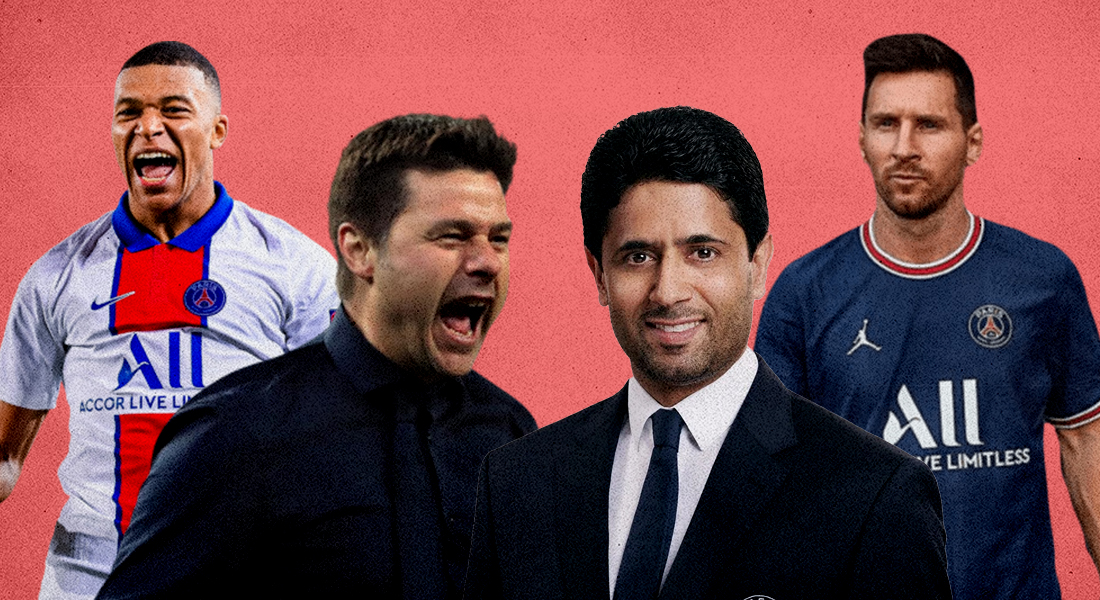 This transfer window is one of the most shocking ones in the history of the sport. Few deals like Sergio Ramos and Lionel Messi to PSG were never even dreamt of. Yet they have happened. With less than 15 days remaining in the window, many more such deals are expected. PSG themselves might experience it as Kylian Mbappe saga is threatening to run over into the final days of the window.

The French superstar enjoyed unparalleled success in Paris but is reportedly in search of a new challenge. Though he has won everything there is to be won in France, he feels frustrated by the lack of success on the European stage. With the capture of Lionel Messi, PSG now have their biggest shot at the Champions League. A move away at this stage might be weird, but if Mbappe lost his heart, no one can force him to stay. A top professional always, Mbappe has been starring for PSG in the new campaign despite confusion surrounding his future.

The president of the club and the manager are adamant to keep him. With Mbappe’s contract running down, rival clubs are circling like vultures to take the next biggest star in world football. The coming 15 days would determine where Kylian Mbappe’s long-term future lies.

Kylian Mbappe joined PSG from Monaco in 2017 on loan with an option. The youngster had everything to be the face of football. Frightening pace, skills, dribbling from the top shelf and otherworldly finishing. He broke record after record at the Parc des Princes. The World Cup winner had his heart set on the Champions League. PSG came so close but failed to clinch it under Thomas Tuchel. Besides with Lionel Messi coming in, Mbappe might not be the poster boy of PSG anymore. Though he hasn’t said anything publicly, the hesitation in signing a new contract makes it crystal clear.

"I don't make promises without being sure I can fulfill them"

Mbappe's PSG contract runs out in 2022

Leonardo admits he can't guarantee that the forward will renew it

Mbappe has reportedly made it clear that he won’t sign a new contract with the club. With his deal running out in 2022, many attempts were made. But the pacy striker has made his intentions clear even before Messi was signed(even as long back as in 2019). PSG’s finances were never a problem as they could afford Mbappe any figure he wants. It is the player who is not signing.

It is understood that PSG have tabled yet another bumper contract renewal that’d let Mbappe earn the same as his best friend Neymar Jr. Mbappe, however rejected it and wants to leave France. He wants to be the face of the team wherever he goes and might take the next step accordingly.

PSG seem to have only two options now. Either sell Mbappe and cash out on him or hold him against his will and lose him on a free. But when your president is named Nasser Al-Khelaifi there’s always a third option. The billionaire Oligarch is adamant that Mbappe will stay at the club.

During Messi’s presentation, he said, “Mbappe? He is a PSG player. Mbappe has said publicly that he doesn’t want to leave the team, We know his future, he has already said he doesn’t want to leave the team and he will stay. He said he wanted a competitive team, and you can’t have a more competitive team [than what we have here]. He has no reason to do anything other than stay. Mbappe has a winning mentality. He’s one of our players.”

PSG president Al Khelaifi to Le Parisien: “Our talks with Kylian and his family are private. Kylian is very happy with Messi’s arrival. There are no problems. Mbappé wants a great team, he has everything to stay here. I said: there is no excuse to leave”. @psghub 🇫🇷 #PSG #Mbappe

Nasser’s words exuberate confidence that Mbappe would sign a new contract. PSG manager Mauricio Pochettino is also sure that Mbappe would stay. He told that Mbappe is happy and sees no reason for the player to leave a happy place. “He is a team player, and although in football anything can happen, nothing invites us to think that he has a future away from PSG,” he noted.

If nothing is resolved within the next 15 days, the affair may turn ugly. Former France international Eric di Meco called for extremes from the club if Mbappe tries to run his contract down. “You don’t want to continue [with us]? Well, you can stay on the bench all year. Paris has the means to do it. And by doing that, you show the guys who arrive that they cannot run the show.” This might ruin the club’s image of how they’ve handled France’s poster boy.

With Mbappe reaching a contract deadlock with PSG, his potential suitors were all put on alert. Very few clubs in the world have the financial muscle to afford Mbappe and run the place efficiently. Real Madrid is certainly one of those clubs. The European giants are in the market for a new galactico that’d replace Mbappe’s idol, Cristiano Ronaldo.

Real Madrid have already been dented by the pandemic. But compared to other clubs, due to the vision of President Florentino Perez, they’re in a better place. Besides, Perez is a long time admirer of Mbappe and openly flirted with the prospect of bringing him to Spain. Presenting Mbappe in the renovated Santiago Bernabeu would be something that breaks the internet.

Madrid are already doing a mass clear out this summer. In an attempt to cut on their wage bill, club legends like Sergio Ramos and Raphael Varane were moved on. A number of fringe players like Martin Odegaard are for sale. All these things indicate only one thing. Accordingly, recent reports from Spain confirm that the Los Blancos have tabled an offer north of £100 million to test PSG. Perez would keep knocking on the door till he gets what he wants.

Apart from Madrid, Liverpool are known to be in the running to secure Mbappe’s services. Mbappe once said how he admires Jurgen Klopp’s side. Though Klopp has denied any chance of getting Mbappe due to the finances involved, there’s always a chance. A move can be made next summer once his contract runs out and only his wages have to be paid by the club.