Ligue one in France had one of the best title races in Europe last season. Lille won the league on the final day as they edged defending champions Paris Saint Germain. They had some of the best performing players in the league like Burak Yilmaz, Zeki Celik, and Andre. Apart from the top two, the league, in general, had a memorable season and was highly competitive. This season, things are looking ominous for the French league as a huge financial implosion looms. This might result in a mass exodus of talented players from Ligue one on cheap transfers.

It was going in the right direction for French football till the pandemic happened. The Coronavirus spread throughout the world impacting each and every aspect. Football was no stranger to it. It affected Ligue one the most as its season was cut short in 2019/2020 and their broadcasting deal collapsed.

Deal done, paperworks completed soon and confirmed since months. Boubacary Soumaré will join Leicester City on a permanent deal from Lille for €23m. Just a matter of time. 🔵🦊 #LCFC https://t.co/8efrfdX01e

This has led to shock sales and swaps around the country. With restricted finances, holding onto players and developing academies have become a luxury. Many lower clubs in the league are submitting to the mounting financial demands and letting their star men go. This affects the integrity of the league going into a new season, on the back of a successful one.

WHAT IS THE CRISIS?

The LFP (French Football Association) signed an agreement with Mediapro in the year 2018. The contract was worth a record €814 million (US$986.1 million) a year and was in place till 2024. This contract made Mediapro acquire the domestic TV rights to France’s first and second divisions.

The pandemic hit the league on two fronts. Firstly, all forms of matchday revenues were lost. Secondly, Mediapro failed to pay the annual instalments on time due to the pandemic. Also, the league cancelled early due to the pandemic which didn’t help their financial state. According to Lyon president Jean Michael Aulas, this premature ending cost the clubs “€700m to €900m” of potential revenue.

DTVE: the week in view – Ligue 1’s Mediapro drama shows that sports rights are anything but straightforward https://t.co/ibcXDVOHjN pic.twitter.com/iXACla4NrD

The French governing body was under fire to auction off its broadcasting rights. They found a stopgap solution as they signed a deal with broadcasters Canal+ to show their games for the remainder of the season. However, a new lease of life was given when streaming giant Amazon stepped in. Amazon has agreed to pay the LFP €275 million (US$333.2 million) per year.
The American giants now have exclusive rights to broadcast 304 games from France’s top flight. This represents Amazon’s biggest ever deal in their sports history. This deal is rumoured to be cheaper than the Canal+ one but is at least a source of guaranteed revenue from a financial giant.

NOT A FARMER’S LEAGUE ANYMORE

Far away from the financial problems, the league has thrived on the pitch. A mix of top-class youth from academies and smart signings from various leagues across the world have improved the quality. Teams like PSG have the pull to lure stars from any top team in the world. Other clubs are trying their best to make their way into Europe as elite clubs. 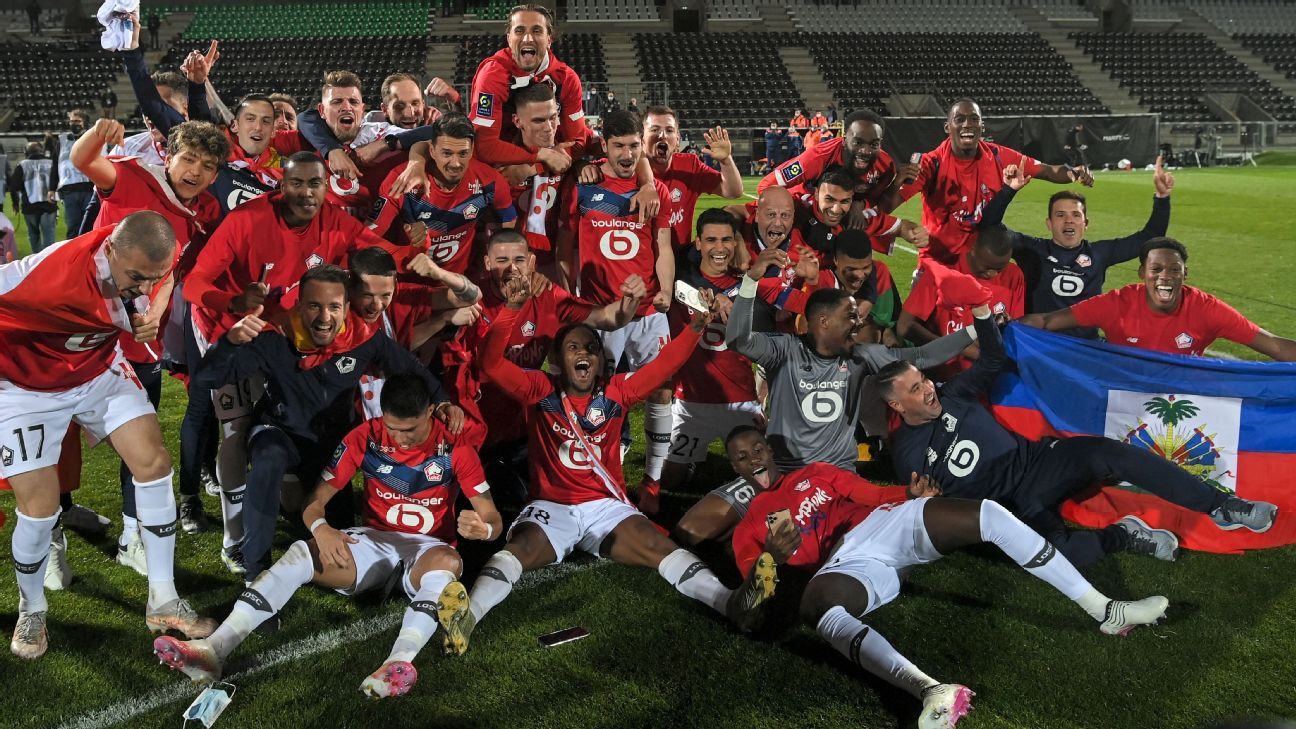 This season represented the best of Ligue one as there was an excellent and nail-biting title race. Lille was the best team in the league as they pushed PSG all the way and dethroned them. Team spirit and brilliant coaching helped them win the league.

Other teams like Monaco, Marseille, and Lyon are all stepping up their game. The league can not be considered a farmers league anymore. With high competition and high quality, the league might gain greater attention. A new viewership deal might also increase the reach of the league. If met with financial stability, the league can be one of the world’s best.

FIREBRAND SALES ON THE CARDS

The future might be bright, but the present is not so kind for the league. As stated above, the clubs are losing huge chunks of their potential revenues due to the pandemic. Not every club is backed by the oligarchs like PSG. The smaller clubs are facing the heat as they struggle to run their clubs. Hence they are resorting to selling their players abroad. This might affect the league in the future.

The Ligue one champions Lille represent the scenario in a nutshell. The club is neck-deep in debt and was sold off midway through the last season. Their league-winning manager Christopher Galtier left the club for Nice, a club mostly unaffected due to being owned by Sir Jim Ratcliffe, UK’s second-richest person. A host of star players might be sold to recover from the debt. Renato Sanches is also on the firebrand sales list. He might join Boubakary Soumare in a move to the Premier League.

Other top players are also leaving the league. Memphis Depay who was Lyon’s talisman in their resurgence left on a free transfer. Lyon also faces the risk of losing Houssem Aouar to Arsenal in a cut-price deal. Monaco, who have struck gold with their youth like Aurelien Tchouameni and Sofiane Diop are likely to sell them. Marseille players Dimitri Payet and Florain Thauvin are hot targets for top clubs.

The double whammy of financial mismanagement combined with the effects of the pandemic has bought the French domestic league on its knees. At present, Ligue one might be hosting a firebrand sale and suitors from all around the world might be encouraged to have a go.