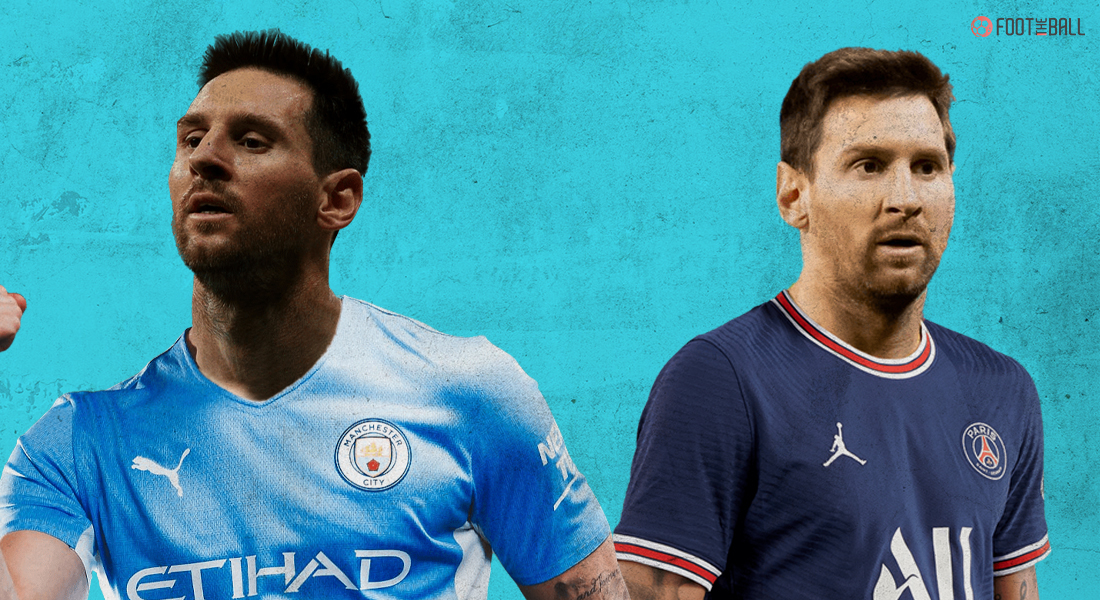 Few pairs are just made in heaven. You think of one part and the second part immediately flashes to your mind without a second gap. In the footballing world, ‘Lionel Messi and FC Barcelona’ is a perfect set that ruled everything for years. But, the unthinkable has happened. FC Barcelona have announced that Lionel Messi wouldn’t continue with them for the next season. Now the entire world is waiting to find which club would Messi choose next.

Lionel Messi became the biggest free agent the game has ever seen on July first as his contract with FC Barcelona ran out. Though Barcelona are caught in a financial disaster, new president Joan Laporta vowed to renew Messi’s terms. In fact, it was this promise which won him the presidential elections. Josep Maria Bartomeu, their ex-President almost drove Messi out last summer due to his mismanagement of the club. A U-turn was expected as Laporta’s board and Barcelona were delivering on the pitch again.

The tale couldn’t have a happy ending as La Liga’s stringent rules on the salary cap and Barcelona’s perilous finances prevented Messi from re-signing. The official statement from the club read “ Despite FC Barcelona and Lionel Messi having reached an agreement and the clear intention of both parties to sign a new contract today, this cannot happen because of financial and structural obstacles (Spanish Liga regulations). As a result of this situation, Messi shall not be staying on at FC Barcelona.”

This ends Messi’s 21-year journey with Barcelona which made him the best player ever to play the game. Messi went from a dreamy teenager to the Greatest Of All Time at Camp Nou. But in today’s unrelenting world no one can afford a break and Lionel Messi is gearing up a new challenge.

FootTheBall looks at some ideal clubs for Lionel Messi.

PSG are leading the race to capture Messi’s signature according to various reports. It’s no wonder given the Paris clubs backing by the billionaire oligarchs. For years PSG have chased Champions League glory. The prospect of adding Messi to their ranks would give their chances a shot in the arm.

Finances and affording Messi’s wages won’t be a problem for them. Moreover, the prospect of having Neymar Jr, Kylian Mbappe and Messi on the same wage bill would mean serious numbers. Keeping the financial aspect aside, just the prospect of a front three of Neymar, Messi and Mbappe would be frightening to opponents. It’d help PSG regain the lost glory in the league and conquer Europe for the first time.

From Messi’s perspective, it’d be the perfect club for him to win trophies again. Also, he can rejoin his old friend Neymar and a few other Argentines in Angel di Maria and Leandro Paredes. The most enticing part of the deal is how he’d join hands with the legendary centre-back, Sergio Ramos. The ex-Real Madrid defender spent an eternity stopping Leo Messi and now he might be sharing a changing room with the Argentine.

Pep Guardiola and Lionel Messi. That’s it. That’s the catch. Remember how this duo terrorised defences throughout Europe during the Catalan’s spell at Barcelona? A young Lionel Messi deployed as a false nine is still the favourite version of Messi for many of his fans. Who could possibly say no to a reunion?

Messi would be raring to have a go at the Premier League. For all his achievements, the legendary Argentine is still questioned for not taking a challenge. What better way to answer those critics than tearing up the so-called most intense league in the world? Perhaps he could be the missing piece in Pep’s pursuit of European excellence at Manchester City.

The problem with this signing could come from City’s earlier commitments. The club have just announced the British record signing of Aston Villa superstar Jack Grealish for a whopping £100 million. It is believed that they are close to reaching a £130+ million agreement for sharpshooter Harry Kane. The news of Messi’s contract situation so late puts them in the irk. Can City pull the plug on Kane’s deal and go all out for Messi? Or can they really do the impossible by signing all three of Grealish Kane and Messi in one window?

Fresh on the back of their Champions League success, Chelsea are showing no signs of slowing down. Despite not signing anyone in the window, they have been linked with players constantly. A deal for Jules Kounde is at an advanced stage. They also submitted a bid north of £100 million to re-sign their ex-player Romelu Lukaku. The result of this saga would determine Chelsea’s stance on Messi.

“Having watched him play he has the potential to be one of the best.”

Come on Roman, let Messi play with greatness at the Bridge. pic.twitter.com/PD1SDKbVrq

Chelsea are long time admirers of Messi and the chance to sign him following Barcelona’s bombshell statement would excite them. Messi in England would get the chance to do it on a cold wet night in Burnely. It is also known that Messi admires Mason Mount and holds the youngster in high regard. Can the Cobham dynamite lure Messi potentially?

Messi would slot wonderfully under Thomas Tuchel. The German manager is an adept technician and can tweak his formation to suit Messi. He can be given a free-forward role behind the strikers Timo Werner or Kai Havertz to roam at his will.

Though this move seems a little far fetched. But if Roman Abramovich wants it, he gets it.

MLS at 34 years of age? Many people won’t fancy Messi taking the same route so soon. Given he has 4-5 years of world-class football left in him Messi would have to consider other choices before choosing this option.

As a part of City Football Group, NYCFC always have the resources to pull anyone. Also, this can serve as an ideal setting before retirement for elite players. City used the same tactic for Frank Lampard after signing him from Chelsea. They might be lured to have a go at Messi again with an ambitious attempt.

David Beckham who owns Inter Miami in the MLS is also rumoured to lure Messi to the United States of America. But given the dismal state of his side in the league Messi would be wise not to pick it.

Messi would easily be the best player to play for an American side and might take the game to a whole new level across the Atlantic. Moreover, with some financial manoeuvring, Man City could their hands on Messi by loaning him from their sister club. Wouldn’t that set off some fireworks!

What a beautiful story it’d be! Lionel Messi joined Newell’s Old Boys as a year old kid to pursue his dream. He left Argentina at the age of 13 to conquer Europe. Now after achieving his mission would he set sights on going home?

This homecoming story would warm everyone’s hearts. For this to happen Messi needs to take a considerable wage cut to play for his boyhood club once more.

The club are open to Messi’s return as vice-president Cristian D’Amico recently said that’s it’s not impossible anymore. ‘It’s a decision exclusively made by him and his family,’ he said. ‘We have to have the best possible context to help make a decision. When Maradona came to Newell’s, nobody thought that he would come either. I hope to do something similar with Leo.’

Truly there’s no limit to hope and imagination eh?