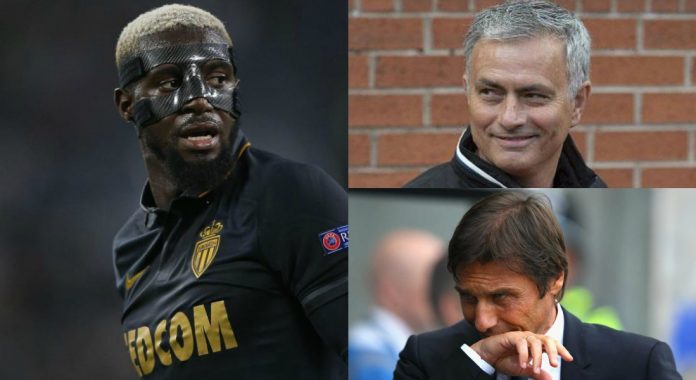 Manchester United have handed Chelsea another huge blow in the transfer market as the Red Devils are set to hijack Blues target Tiemoue Bakayoko after ‘agreeing a fee’ with Monaco, according to reports.

Man Utd have already stolen Romelu Lukaku from under the noses of Chelsea and now the Red Devils are set to plunge a dagger into their chest by snapping up the defensive midfielder from AS Monaco.

The Express claim Man Utd have already agreed in principle with Ligue 1 champions over a £35million deal for Chelsea target Bakayoko.

Conte has already grown frustrated due to Chelsea’s transfer failings and if he misses out on the Monaco midfielder, Conte will be left heartbroken after he also failed to land top target Lukaku.

But Lukaku rejected a return to Chelsea, as he believes that Man Utd are all set to become the dominant force in England again.

The Germany international said: “It’s a great feeling because not every player has the opportunity to join a huge club like this.

“I am looking forward to meeting up with my new team-mates and I’m very proud to officially become a Chelsea player.”