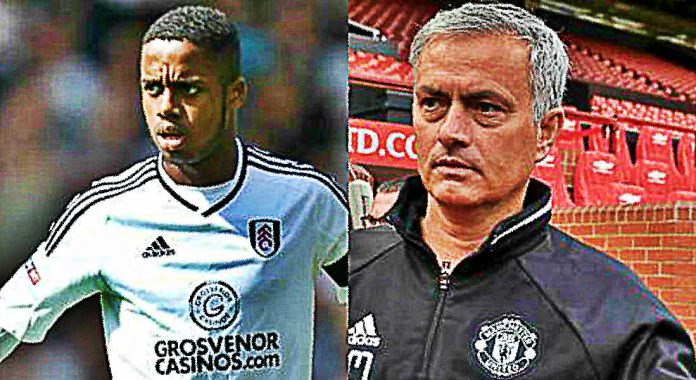 Reports also suggest that the Red Devils would have to splurge a good amount of money to lure away the 17-year-old sensation to Old Trafford, and it would likely make him the most expensive English teenage signing ever.

Mourinho has identified Sessegnon keeping in mind the long-term future of his Man Utd squad and according to Sky Sports, the Special One would happily loan him back to Fulham next season to allow him to grow as a player.

However, Mourinho will face an uphill battle to secure the signatures of the teenager – with the young left-back already under the radar of other top of the pile Premier League clubs.

And Fulham owner Shahid Khan is also not willing to sell his prized asset even if a club makes a £25million bid for the player, according to reports.

Sessegnon has already rejected offers from top Premier League clubs and has signed his professional contract with Fulham after his 17th birthday.

He signed a three-year deal with the Cottagers as believing more regular first-team action would help him to evolve as a player.

Spurs have also been heavily linked with the youngster for over a year, but the North London club rubbished reports that they a £25m bid rejected for the left-back, who has been compared with former Chelsea and Arsenal star Ashley Cole.

He ended the competition with three goals to his name – including a brace in the 4-1 victory against Germany and was also the joint-top scorer.