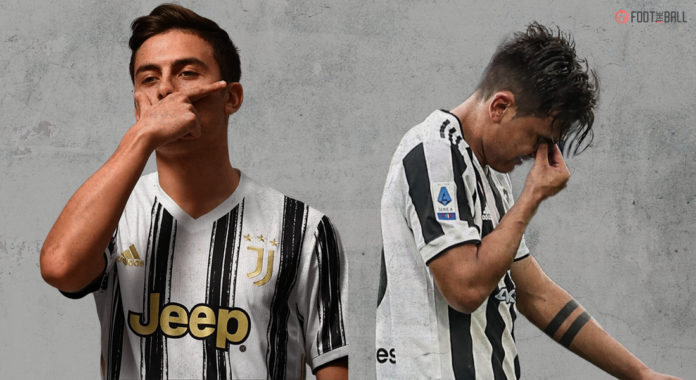 The Paulo Dybala transfer saga may be ending with the Argentine likely to leave Juventus at the end of the current season. Juventus director Maurizio Arrivabene confirmed that reports about Dybala leaving the club were accurate. “We won’t extend Paulo Dybala’s contract. “We’re not gonna do any other proposal – the decision has been made,” he said. It puts an end to a long drawn saga between the club and the player.

Paulo Dybala will leave Juventus on a free transfer this summer after failing to agree a new contract pic.twitter.com/DMQVHuj49I

Dusan Vlahovic’s transfer was already an indication that Juventus were ready to move beyond Paulo Dybala.

And it is bound to start a war between Europe’s top clubs to get his services from the following season.

Brought in 2015 from Palermo, the 28-year-old has been a brilliant playter for the Bianconeri.

So, what clubs are likely to get involved in the Paulo Dybala transfer saga.

3 – Paulo #Dybala (113 goals) is the 3rd foreign top scorer in #Juventus history in all competitions, behind only David Trezeguet (171) and John Hansen (124) – excluding oriundi. Joya. pic.twitter.com/Ira3C4mlwI

The Magpies are sure to be one of the clubs looking to sign him in the summer transfer window. After their successful winter transfer window, they are now nine points clear of the relegation zone. And with the enormous backing of the new wonders, they would likely want to have one of the best numbers 10s in the world.

This season they have been struggling with the lack of a player that can offer a threat in the attacking third. Newcastle are 14th in goals scored in EPL, 17th in expected goals, 11th in shots, 13th in shots on target, 11th in shot accuracy, and 16th in goal conversion this season.

Meanwhile, Dybala has scored 17 per cent of Juventus goals and 21 per cent of the total shots. This shows that he is involved in the thick of things and can be expected to carry the Magpies’ attack.

It shows how toothless their attack has been. They would massively improve the team from a Paulo Dybala transfer.

It has been a season of frustration and disappointment for the Red Devils. The 13-time Premier League champions have massively struggled and even had to change their manager. And they, too, have suffered equally from the woeful performances in both attack and defence. Age has caught up with Cristiano Ronaldo and Anthony Martial is gone. Mason Greenwood is unavailable for selection, and Anthony Elanga is still far from the finished product.

Dybala could be a perfect player to partner Jadon Sancho on the wings to stretch the opposition. Dybala can also help the team win in the creativity department, taking some burden off Bruno Fernandes’ shoulders.

The onus for Manchester United will be to look for defensive reinforcements and a number 6. But a free Paulo Dybala transfer may be an excellent tempting deal.

At the start of the season, Thomas Tuchel’s men were considered one of the contenders for the EPL title. However, a mid-season slump fizzled out their title charge. A major weakness for them is their failure in the attack. Mason Mount is their top scorer with eight strikes, not even among the top 15. Meanwhile, Kai Havertz has six goals. Hakim Ziyech and Christian Pulisic have four.

Out of the above four, only Mason Mount features in the top 10 for assists.

And with Romelu Lukaku struggling, the attack has looked even bleaker. So, Dybala can be a good signing who can provide the goals and assist. This will make them better equipped to challenge Liverpool and Man City.

It remains to be seen what direction the new owners will take the club, but a Paulo Dybala transfer can only make them better.

From 19th to 4th in the EPL table. It has been a remarkable turnaround at Arsenal. Mikel Arteta’s  side are in the final Champions League spot, three points ahead of United with a game in hand.

However, like Chelsea, they too have suffered from a misfiring attack. No player has failed to reach double digits in the Premier League (Bukayo Saka has nine goals). Even though they have improved, they are still a level or two below the Premier League elite. The match against Liverpool was also an example of an experienced attack that failed to take their chances and ultimately lost.

Paulo Dybala pictured at home with a Mesut Özil Arsenal shirt in May 2015. #afc pic.twitter.com/qKRtT284Q7

And Dybala would add high quality to the attack and be a statement signing for the Gunners.

The Argentine will also love to be part of an exciting project under Arteta, where he will be the leading man in the attack.

Despite all the big clubs linked to Dybala, Atletico Madrid might be the most suited to him. For the better part of his career, Dybala has played in Serie A, which is not as fast-paced as the Premier League. It is one of the reasons several players have failed to adapt to the league. And Juventus are one of the most similar clubs to Atletico.

Both teams have a solid defence and slowly build up in attacks. So Dybala will have little problem adapting to the team tactics wisely. In addition, a coach like Diego Simeone can be expected to eke out all the talent from the Argentine.

A free Paulo Dybala transfer will be enticing for Atletico Madrid, who could form their won deadly attacking trio of Joao Feliz, Antoine Griezman and ”The Jewel”.