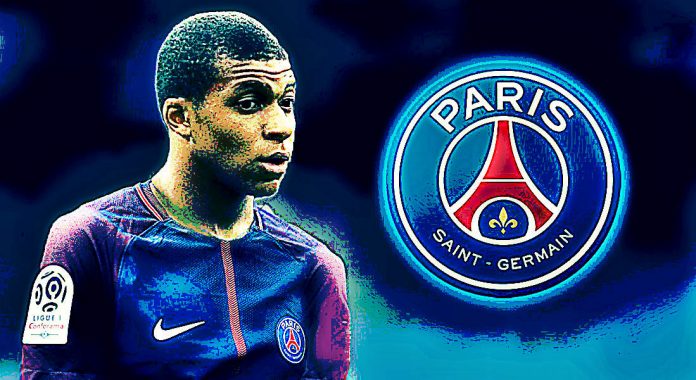 Kylian Mbappe is set to join Ligue 1 giants Paris Saint-Germain from AS Monaco after both the clubs agreed on a stratospheric €180m (£166m) deal for the French teenage sensation.

According to reports in France, PSG will rope in Mbappe on a season-long loan deal, with the option of permanently buying the player in one-year time.

But mega-rich Qatari-backed French club have finally won the race for the Monaco striker.

They have already signed Neymar on a world-record deal and landing Mbappe clearly reflects PSG’ ambition of conquering Europe.

According to L’Equipe, Mbappe have already agreed personal terms with mega-rich PSG, weeks ago.

And the French forward is now set to complete his medical on Tuesday ahead of the move being finalised before the transfer window shuts shop on Thursday.

L’Equipe claim that the staggering €180m (£166m) fee could yet increase if the bonuses are triggered while Mbappe plays for PSG this season.

PSG have already splurged €222m (£198m) to rope in Neymar from Barcelona and now they are on the verge of completing a deal for Mbappe to setup a blockbuster attacking partnership with the Brazilian superstar.

Monaco beat PSG to the Ligue 1 title last season and also reached the semi-finals of the Champions League before being outplayed by Juvetus.

But they have now faced a mass exodus – with several key players having left the club already this summer.

Bernardo Silva and Benjamin Mendy have joined Manchester City, while Tiemoue Bakayoko has signed for Chelsea.