Richarlison Andrade is being lined up as a potential signing by Real Madrid as their current manager Carlo Ancelotti looks to add some much-needed firepower for Los Blancos ahead of the start of next season.

After a brilliant run with the Selecao in Copa America 2021, the Brazilian winger is being linked with the Spanish giants by some sports media outlets as Ancelotti takes charge at the Santiago Bernabeu this summer.

FootTheBall takes a look at the transfer rumours doing the rounds in Europe around Rcharlison’s potential move to the Spanish capital this summer.

The Brazilian was included in Tite’s squad for Brazil as the five-time World Cup winners reached the final of the South American Championship for the second time after 2019 (both times on home soil). 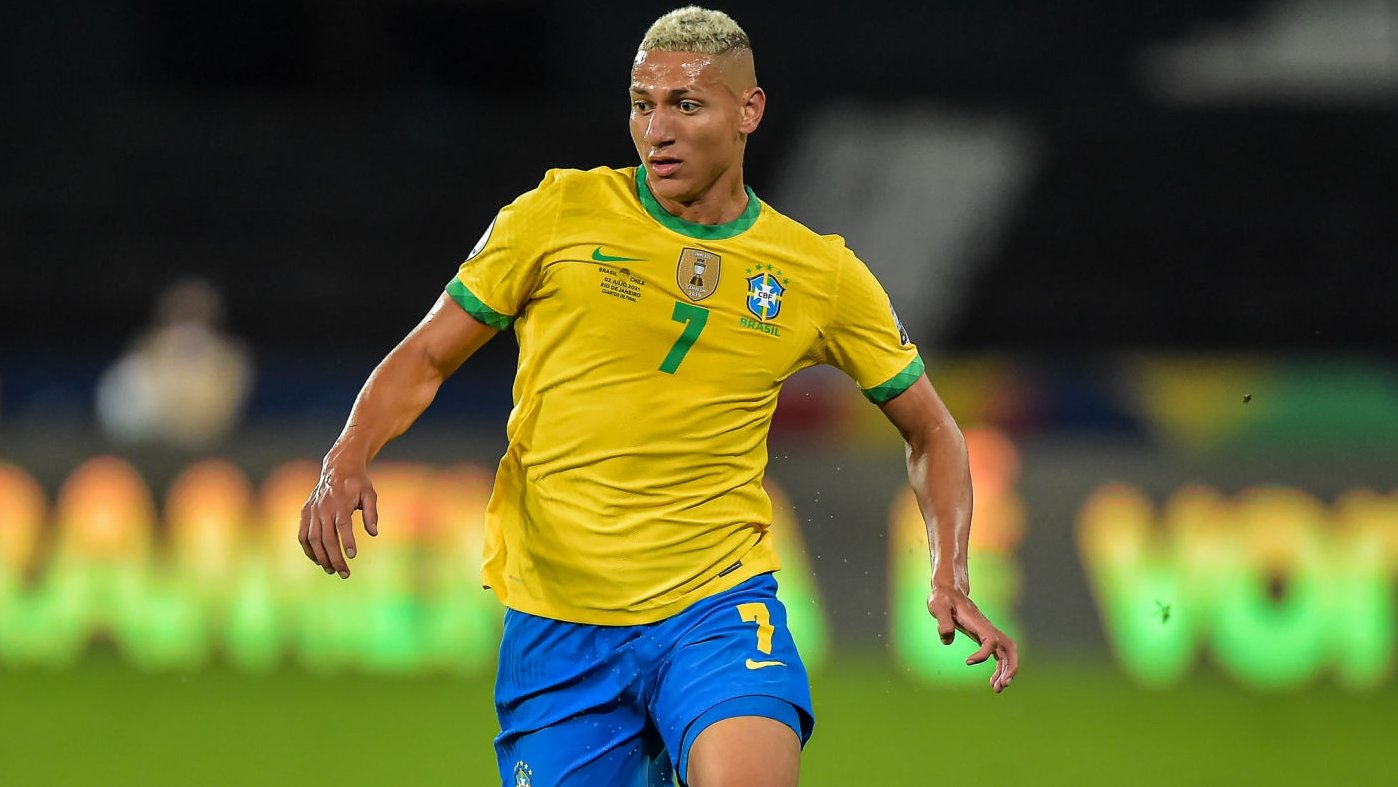 The Brazilian winger scored 1 goal and delivered 1 assist as the Selecao finished as runners-up behind Argentina in the quadrennial tournament. In the aftermath of his impressive performances for Brazil, Richarlison is being linked to Real Madrid this summer.

Carlo Ancelotti, Richarlison’s manager at Goodison Park in the English top-flight, will be leading Real Madrid from the technical area from next season after he replaced his former assistant Zinedine Zidane in the dugout.

I would like to thank Everton FC, my players and the supporters for giving me the opportunity to manage this fantastic and historical club. I decided to leave as I have a new challenge with a team that was always in my heart, Real Madrid. pic.twitter.com/SDV8T7qMDR

As such, reportedly Ancelotti has contacted Richarlison in a bid to bring the winger to Madrid. The Brazilian has impressed ever since joining from fellow Premier League side Watford for Everton.

Therefore, Ancelotti is thinking of a reunion with him at the Santiago Bernabeu ahead of next season

But football journalist Fabrizio Romano is of the opinion that Richarlison might, after all, be staying put in England this summer.

“I am told that Rafa Benitez is directly working with the player to talk with him and to tell him to stay at Everton for one more season about the project. They want him to stay and Everton are fighting to keep Richarlison” Romano was quoted saying.

“What I am told about Real Madrid is that they’re looking for something different in the attacking position. They want to go for Mbappe or maybe nothing this summer. Because they have an obsession with Mbappe, maybe this summer or the next one

“With Richarlison at the moment there’s nothing going on with Real Madrid, it is about Everton. Ok, Ancelotti loves the player, but it’s about Everton talking with him to stay, and they are convinced that he can stay for one more season, this is what Benitez wants”.

If what Fabrizio Romano claims is indeed true then it will be great news for new Everton manager Rafael Benitez. The Spaniard was at one time the manager of Real Madrid before being replaced by Zidane in early 2016 after a disappointing run of results.

The former Liverpool manager has joined the ranks at Everton ahead of the start of the new season in the Premier League and losing Richarlison early on would have been a hard blow to deal with.

After all, the Brazilian has been one of the standout players for the Toffees ever since he joined them in July 2018. Ever since joining he has scored 33 goals in 3 seasons for the Toffees and more recently starred for Brazil at Copa America 2021.

Therefore, he will be crucial to the plans of Rafael Benitez as he prepares for next season with Everton in the Premier League – the league dubbed as the most competitive and physically demanding in Europe