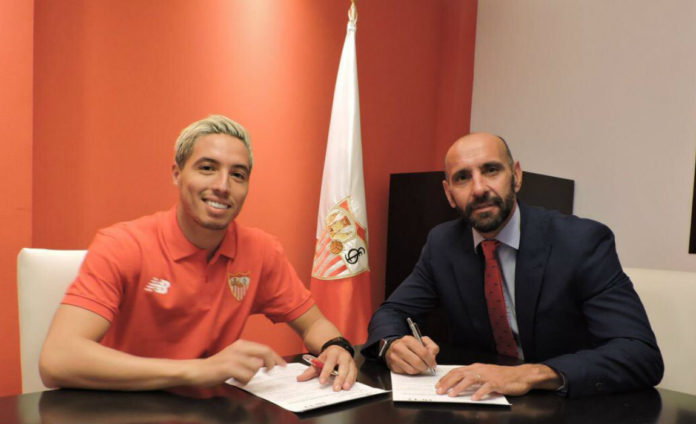 The Spanish club confirmed the deal after Nasri completed a medical ahead of the move on Wednesday. Sevilla also confirmed that there is no option of buying out the player at the end of the deal.

The La Liga side confirmed the news on Twitter, stating: @SamNasri19 is coming on loan from @ManCity for one season #SevillaFC

A statement from the Premier League giants Manchester City read: “From everyone at the club, good luck in Spain, Samir!”

The player himself posted on Twitter, addressing his former club Manchester City.

He said: @ManCity it’s been a pleassure thanks to everyone in the club and the fans for the 5 amazing years and wish you best of luck for the season

Earlier, Sevilla director of football Monchi said: “We are finalising the transfer of Nasri.

“We are negotiating with the player and City and trying to close the deal. If we get Nasri, we will have got the player we have been looking for from the start”.

Sources claim that Sevilla would pay 65 per cent of Nasri’s wage packet for the entire duration of the loan-deal.

After taking charge at Manchester City, Pep Guardiola had made it clear that Nasri does not fit in his plans for the new season. Nasri did not feature in Man City’s pre-season training due to weight issues. The French midfielder was introduced as a substitute in the final minutes 15 minutes of the game against West Ham last weekend. The former Barcelona and Bayern Munich manager had also dropped Nasri from Manchester City’s Champions League squad this season.

Earlier, Besiktas were in pole position to sign the French playmaker on a loan move. However, Nasri decided to join the La Liga side Sevilla.