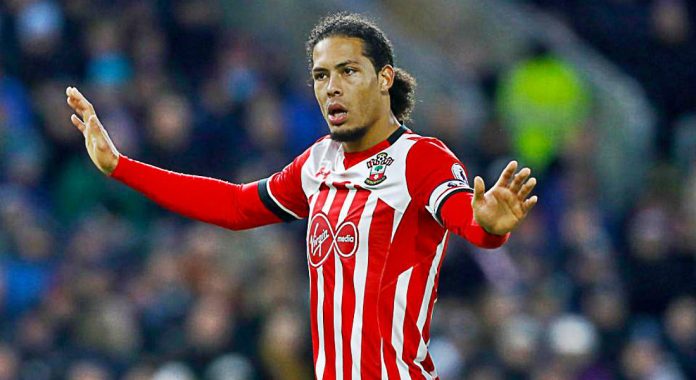 Southampton boss Mauricio Pellegrino revealed that Virgil van Dijk wants to leave the club this summer, but reiterated that the defender is not for sale.

Van Dijk has displayed incredible form for the Saints over the course of the last two seasons and has drawn interest from top Premier League clubs – including Liverpool, Chelsea and Manchester City.

Last month the Van Dijk was left out of the squad for a training camp in France after the Dutch defender said he wanted to leave.

According to reports, Liverpool are interested in re-opening transfer talks with Southampton over a move for Van Dijk,

But the Saints boss have made it clear that the club do not want to sell their prized asset.

And speaking after Southampton’s 4-0 loss against German side Augsburg in a preseason friendly, Pellegrino insisted that the 26-year-old will not be sold.

He said: “We continue in the same way. The situation is the same.”

“I can’t say more, because the situation is that the boy is aside from the team because he doesn’t want to play for us.”

“I would like to bring the boy and to persuade him that he’s important for us and the club will not sell him.”

“We are expecting the best for everyone, even for Virgil, but he doesn’t want to be part of the team.”