The year 2016 has been an incredible one for Chinese Football as their cash-rich Chinese Super League took the footballing fraternity by storm after roping in two big stars, who now feature in the list of the highest paid footballers. And they now look forward to keep up the momentum in 2017, as Zenit Saint Petersburg midfielder Axel Witsel is the latest player set to move to China for an astronomical sum, which will add his name in the list of the highest earners but away from the European circuit. He is expected to take home £294,000 per week after he completes his move to the Chinese Super League. 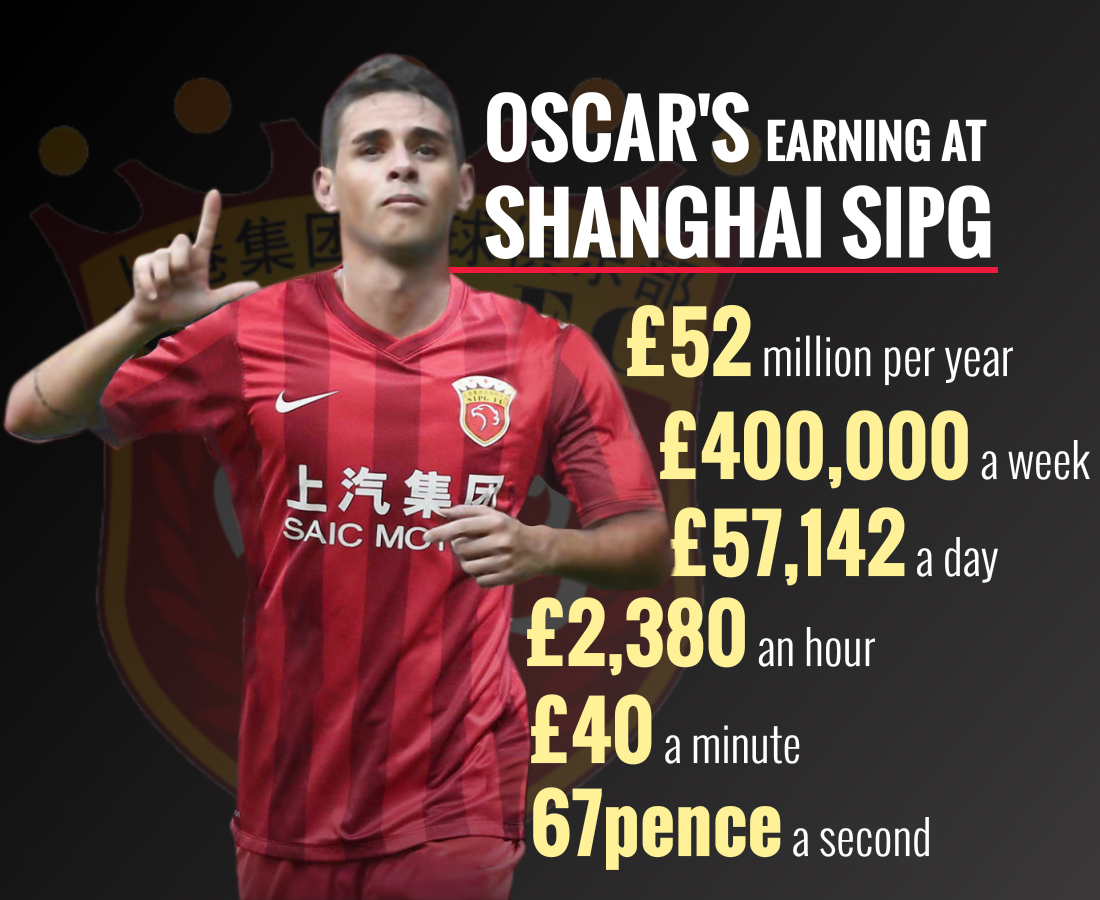 And it all started during the fag end of 2016, as Oscar left Chelsea for for Shanghai SIPG. Chelsea agreed to sell Oscar to Chinese Super League side Shanghai SIPG on a permanent deal worth around £52m, the club have confirmed. He will now pocket a wage packet of £400,000 per week, which is higher than what Ronaldo earns at Real Madrid. Then came Carlos Tevez, who shook the world with his move to Chinese Super League side Shanghai Shenhua for a whooping transfer fee of £32m and an astronomical wage packet of £615,000-a-week, to make him the higest earning player in the world of football. He has also overtaken Barcelona legend and the king of football Lionel Messi. The Argentine superstar is currently negotiating a new bumper deal with Barcelona, but at present he pockets only £362,480-a-week – which is way less than what Tevez will earn at the Chinese Super League side. Even, Lavezzi earns more than Lionel Messi. The Argentine turned down the chance to play for Inter Milan, Chelsea and Manchester United before heading to Hebei China in February of this year for £23.5m.

Lavezzi pockets wage packet of £400,000-a-week, which is way more than what Messi currently earns at Barcelona.

And now Axel Witsel is the latest player, who is set to move to China, despite being at the peak of his career.

Witsel has been under the radar of Serie A giants Juventus, for the last few transfer windows now he has rejected the offer from the Italian club in bid to secure a whopping wage packet in the Far East.

Witsel said: “It was a very difficult decision because on one hand there was a great team and a top club like Juventus.”

“But on the other there was a crucial offer for my family that I couldn’t turn down.”

“The leadership at Juventus have always behaved like gentlemen with me and I can only be grateful to them.”

“I will cheer for Juventus and I hope they can win the Champions League. Then who knows, maybe one day in the future our paths will finally meet.”

Lionel Messi is currently negotiating a new bumper contract with La Liga giants Barcelona, but sources also claim that he can make a move to the Premier Legaue.