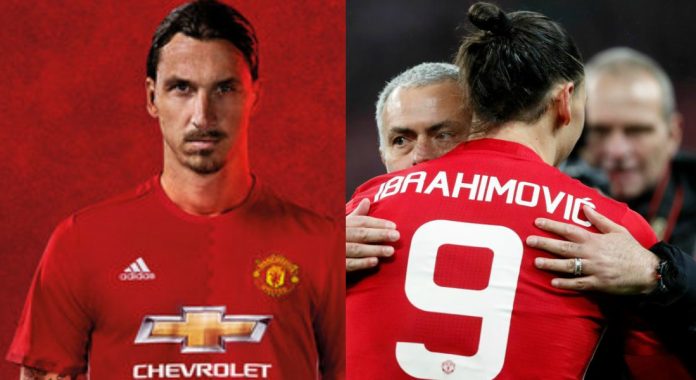 Man Utd’s top scorer last season is working at United’s Carrington training complex, but the usual procedure suggests that foreign players have to rehabilitate themselves abroad.

He has surprised the United medical staff by responding brilliantly to the rehabilitation routines and sources reveal that boss Jose Mourinho can offer him a short-term deal until the end of the upcoming season.

Zlatan is keen on regaining full fitness as soon as possible as Man Utd have stepped up their transfer business and have already signed Lindelof and Lukaku – with other big names expected to join the club soon before the league opener against West Ham.

He has received offers from MLS, Chinese Super League and other Premier League clubs, but it is understood that Zlatan’s first choice is to continue his spell at Manchester United.

Man Utd have landed Lukaku but Marcus Rashford is only other mainstream striker in Mourinho’s squad and it is believed that the Red Devils hierarchy would look forward to increase their options by offering Zlatan a short-term deal – as the club aims to become a dominant force in England again.

A massive hint that Zlatan could be set to sign a new short-term deal is the fact that Lukaku asked for his permission to wear the No. 9 shirt – rather than being given automatically by the club.