THE LIONS VS THE BOYS! 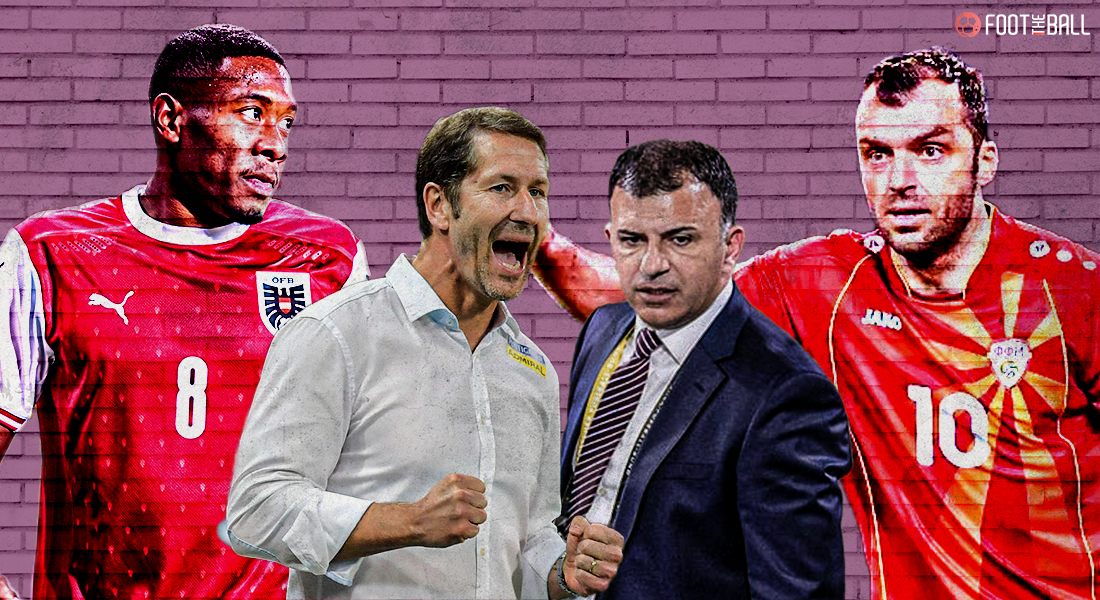 North Macedonia will take on Austria in their Euro 2020 Group C opener in Bucharest on Sunday, marking their first ever appearance at a major international tournament.

The scenes after Goran Pandev scored 19 years after his debut to send North Macedonia to their first-ever major tournament 🙌 pic.twitter.com/bzyBNuJjSr

North Macedonia qualified for Euro 2020 after victories against Kosovo and Georgia in the play-offs. After being seeded in a group with Austria, Ukraine, and the Netherlands, few would anticipate Angelovski’s team to even earn a point in the European Championships, but their performance over the last two years indicates otherwise.

The Lions have only lost two of their previous 14 matches and have produced several spectacular triumphs, the most notable of which being a 2-1 victory against Germany in World Cup qualifiers.

While Austria has been the polar opposite of its opponents. They have struggled to win recent games, as they have managed to win only one of their previous six matches.

The victory came at home against the Faroe Islands in 2022 World Cup qualifiers, but Austria was held to a 2-2 draw away against Scotland and a 4-0 defeat at home against Denmark.  Austria have played two friendlies ahead of the European Championship, losing 1-0 to England and drawing 0-0 with Slovakia.

Austria and North Macedonia played twice in Euro 2020 qualification, with the former coming out on top on both occasions. However, both sides’ fortunes have flipped subsequently and won’t be surprising that the newcomers emerge victorious.

Karim Onisiwo of Austria is currently injured and will be unavailable for the encounter against North Macedonia.

North Macedonia’s Ferhan Hasani is out injured and will be unavailable for the fixture.

With Alaba and Sabitzer, Foda has two of the most energetic, versatile, and creative midfielders in the competition.

David Alaba is a fantastically versatile player who can play left-back, center-half, central midfield, and even as a left-sided playmaker, as he has under Foda.

The former Bayern Munich star is the pivotal player for this Austrian team, eager to stretch every muscle for the purpose and slide in any position where necessary. He seldom plays defence for Austria, preferring to man the control tower in midfield or even play a wide role – he is the country’s world-class gnome.

Goran Pandev, the captain of North Macedonia, has seen it all throughout his stellar club career, winning titles with Inter Milan, Lazio, and Napoli before joining Genoa in Serie A.  The attacker is also his nation’s most capped player and leading goalscorer (37).

With his goal-scoring prowess, the 37-year-old attacker is looking forward to proving that age is just a number, and he might do so against Austria.

This is a watershed moment in North Macedonian football history since they will play their first match in a major international tournament and will be eager to make a name for themselves on the biggest stage.

While Austria has been in a rut, they have a far superior roster than their opponents and are more than capable of coming out on top from this fixture.

FootTheBall predicts a 1-1 draw between the two nations.