RED DEVILS TAKE ON THE CZARS 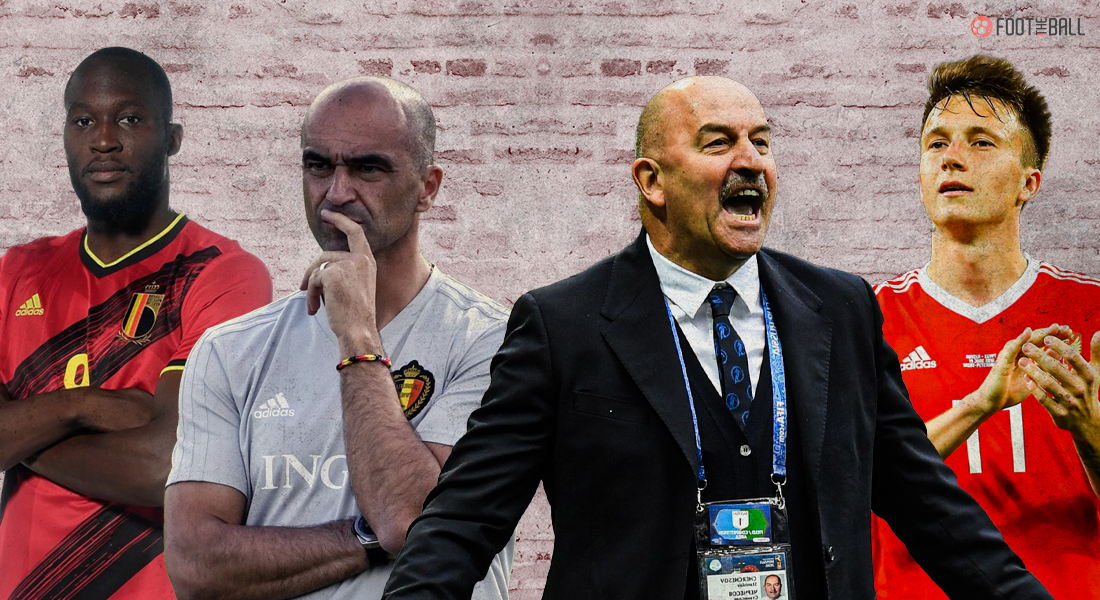 Belgium and Russia will face off on the second day of the European Championship. It will be the first match in Group B and should be a pointer on how the proceedings in the group will be like. Belgium is the favourites to win the tournament.

They have an incredibly talented squad and are expected to go deep into the final stages of the tournament. Belgium topped their UEFA qualifiers, winning all ten matches, scoring forty goals and conceding just three. They beat Russia twice in the qualifiers by a margin of more than two goals. Belgium’s golden generation will be confident that they can emerge out of the group top of the pack despite facing injury concerns.

Russia head into the Euros on the back of an incredible run in the World Cup at home. They are confident and prepared. Good results in the World qualifiers and a decent performance in the friendlies should give them the morale they need. The scintillating world cup performance in 2018 has helped them gain some fan following as well. They will use this to their advantage when the game kicks off in Krestovsky Stadium.

Belgium will be without Kevin de Bruyne. The Manchester City midfielder suffered facial fractures in the final of the Champions League. Although he has joined the Belgium camp, he is unlikely to be featured. Real Madrid’s Eden Hazard might also be rested in the opening fixture as his fitness is still in doubt.

Russia may be without Denis Cheryshev as he is suffering from muscle discomfort. Fedor Kudryaskov, Dmitri Barinov and Roman Zobnin are also potential names that could miss out on the game.

In the absence of Kevin de Bruyne and with Eden Hazards fitness issues, Romelu Lukaku is going to be the man to watch. There’s no doubting the ability of the big centre forward. In his 36 appearances for Inter Milan in the league, he has netted 24 goals. Only Cristiano Ronaldo produced a better goal tally in Italy. He also provided eleven assists during the course of the season and helped his side secure the title. Lukaku is in form, everything he touches turns to goals and Belgium will expect nothing less.

Monaco midfielder Aleksandr Golovin was one of the most influential players for Russia in the 2018 World Cup. He played a vital role in the midfield and has showcased his talent in a resilient Russian squad. Golovin made 21 appearances for his club side this season and netted five goals. His impressive tally of nine assists during these matches has caught the eye of many big clubs in Europe. His presence in the middle of the park is likely to cause trouble for Belgium. At just 25 years of age, the player shows great potential. He will use this Euro to further prove his mettle.

Belgium is the undoubted group favourites. Roberto Martinez’s men are the number one ranked team in the World. They have an exceptional squad and a renowned manager. Russia on the other hand is riding on confidence. They realise they are not a match for Belgium on paper. But lucky for them, the game isn’t played on paper. The Czar’s will use their underdog status to their advantage to gain an edge in the group. If Russia do beat Belgium, their chances of progressing to the knockout’s skyrockets.

Although Russia has what it takes to do the impossible, it is unlikely that Belgium will grant them the luxury. FootTheBall predicts a 3-1 victory for Belgium.