Breathtaking Billy Gilmour Performance at Wembley Draws Praise From All Quarters; Is 20-Year Old Midfielder The Best Player of Scotland?

It is safe to say that Billy Gilmour was the crown jewel of the Scotland team during their match with England at the Wembley stadium.

He bewitched spectators with, what some say, his N’Golo Kante-Esque performance for the Terriers on the home ground of arch-rivals England in what is the world’s oldest international football fixture.

The 20-year old left the Wembley stadium with a player of the match accolade that he won after a spectacular performance in the middle of the park as the Scots lived to fight another day in Group D in UEFA Euro 2020.

Yes Sir, I Can Boogie.

In what was a rather drab affair in London, 20-year old Chelsea midfielder Billy Gilmour was the undisputed star of the match as he held England’s attacks and kept the Three Lions at bay.

He was substituted in the 76th minute by Steve Clarke and received a standing ovation as he made his way off the pitch for Scotland. The former Rangers player fittingly received the player of the match award after impressing for the Tartan Army on his first-ever start in international football.

The 20-year old completed more passes than any other Scotland player, misplacing only four of them to achieve a staggering 91% pass completion rate. Apart from that, he was also the player to win the most tackles on the pitch in the British capital.

And if that wasn’t enough he was, by the end of the match, being compared to players of the likes of Chelsea teammate N’Golo Kante and Spanish midfield legend Xavi Hernandez by football pundits and experts.

As such, there is not even a shadow of a doubt that he was the best Scot player on the pitch as Scotland secured a point in London to keep their qualification hopes alive for the knockout stage.

But this begs the larger question to be asked: Is Billy Gilmour the best of the lot in the Scotland team?

IS BILLY GILMOUR THE BEST IN THE TARTAN ARMY?

The Scots have an array of talented and skilled players in their ranks such as Liverpool left-back Andy Robertson and Manchester United midfielder Scott McTominay to name a few. But the question of whether they are better than Gilmour is a tricky one.

One thing that puts both the above-mentioned players in an advantageous position in comparison to Gilmour is the experience that both of them have – they have made more than 20 appearances each for Scotland (Robertson – 47, McTominay – 25) and are therefore veterans of the Tartan Army.

In addition to that, both of them are renowned for their work ethic and dedication and Gilmour can certainly take a cue from them to build a promising future for himself at both club and country level.

Meanwhile, Gilmour is only getting noticed in the wake of his impressive performance in London and has until now made only 3 appearances. He only made his debut for the Tartan Army earlier this month in a friendly with the Netherlands, coming as a substitute in the 81st minute.

BRIGHT FUTURE AHEAD FOR BILLY GILMOUR

The 20-year old, regardless of the lack of experience, has been hailed as a future great of Scotland by many. Scottish captain Andy Robertson waxed lyrical about the Chelsea midfielder after the England game.

“My god… right up there, nothing fazes him. He can have as many caps as he wants for Scotland” the 27-year old Liverpool left-back said of Gilmour’s performance. And praise coming from a player of the calibre of Robertson surely is a testament to the 20-year old’s abilities and talents.

Steve Clarke, the Scotland team manager, also praised the midfielder after his noteworthy performance in the British capital. “We knew before we put him in he can play, it’s just getting the right moment”.

“Tonight was his big moment and he took it and no-one was surprised by it, certainly not in our camp” he added on the subject of Gilmour’s prodigious skill and ability.

But the cherry on the cake was certainly when Liverpool and Scotland legend Graeme Souness applauded Gilmour’s efforts on the pitch. 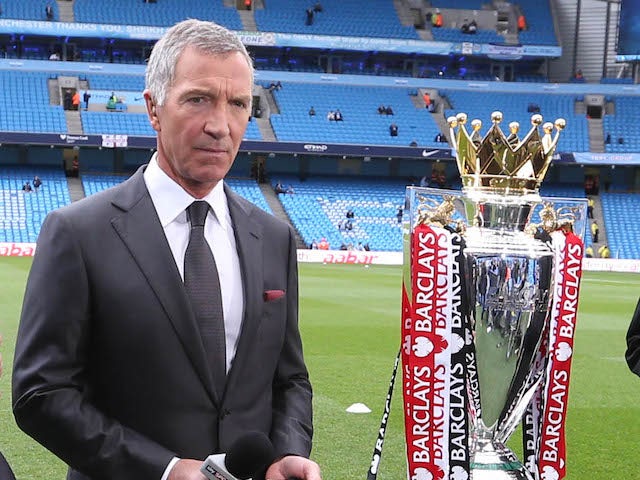 “They need a Billy Gilmour” Souness said of the England team after they were held to a goalless draw at home by their traditional arch-rivals. “They need a maestro. The best player on the pitch. Never gives the ball away which is fabulous for a midfielder”.

Words coming from a legend will surely do Gilmour’s confidence a world of good as Scotland prepare for their crunch match with Croatia – who are also level on points with the Scots and need a win.

Up next? Croatia at Hampden on Tuesday.

Scotland and Croatia will battle it out in Hampden Park on the last matchday of the group stage in UEFA Euro 2020 to secure a place in the knockout stage and the Scots will be hoping that Gilmour can replicate his performance to help the Tartan Army qualify for the knockout stage.