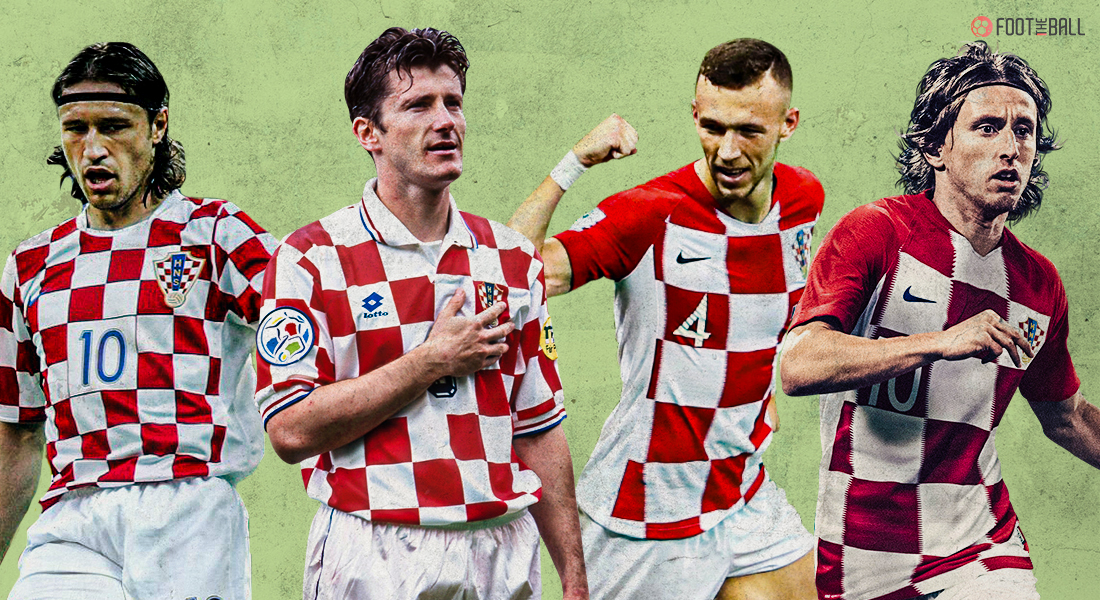 The Yugoslavian team of the late eighties and early nineties were a presence in the international competitions of that time. Drawing upon players from a vast pool of cities, the team made headlines when they qualified for the 1990 World Cup in Italy.

Not much was expected of them since they had missed the 1986 edition, but the team shocked the world by making it to the quarter-finals. They defeated Spain in the round-of-16, led at the time by Real Madrid’s Emilio Butragueno and featuring players such as Michel, Andoni Zubizarreta, managed by Luis Suarez.

In the quarters, they lost to Argentina on penalties but a blueprint had been laid for future teams to follow. However, that would be the last tournament that would see this nation as the beginning of the Yugoslav wars, the country would be broken up into various independent nations. One of those nations had supplied some of the most talented players for the 1990 squad and became the footballing powerhouse of the Balkans in the years to come.

Croatia was one of the countries that got independence, but it was marred by wars and violence during the years of its War of Independence which lasted till 1995. With the recognition given to the newly formed country by FIFA and UEFA, the Croatian national team was able to take part in Euro 1996, which became its first major tournament.

Several players who had played in the 1990 World Cup would join this squad including some of the finest footballers to come out of Croatia. They included national hero and all-time leading goal scorer Davor Suker, midfielders Robert Jarni and Robert Prosinecki, forward Alen Boksic, all of whom would go on to play critical roles in 1996. They were joined by other star names like Zvonimir Boban, Slaven Bilic, Igor Stimac and managed by Miroslav Blazevic.

20 years ago Croatia made its debut #Euro appearance. What is that 1996 squad doing today https://t.co/RrfwnSuH8q pic.twitter.com/xMJgdqdya0

In fact, Jarni, Boban, Prosencki, Stimac and Suker also played for the Yugoslavia U-20 football team who were winners of the FIFA World Youth Championships in 1987 Thus, this generation of players were a tight-knit unit, spurred on by national fervour despite the fact that all of whom would have significant club careers in Europe. Their performances in 1996 would firmly establish Croatia as a major footballing nation before even bigger honours followed.

They reached the quarter-final of the competition in 1996, falling to Germany 2-1. The tournament in Croatia is most fondly remembered for Suker’s astonishing chipped lob over Danish legend Peter Schmeichel in their second group stage game. That goal ensured the thumping of the defending champions by 3-0. Taking heart from this run and keeping the same core of players, they qualified for the 1998 World Cup where Croatia would really come into its own.

Blazevic, described in his homeland as the “manager of all managers” knew his players very well and played a 3-3-2-1-1 with AC Milan star Boban just behind Suker. The Real Madrid man would end up as the Golden Boot winner, while his team made it all the way to the semi-final before falling to eventual champions France.

Along with being top scorer, Suker would also pick up the Silver Ball as well as finish second in the Balon D’Or rankings that year. But make no mistake, this was a team effort. Jarny and Prosnecki were the skilful playmakers who were tasked with running their opponents into the ground.

This became a hallmark of the footballing culture in Croatia, where their players would always be at the peak of their physical powers when competing on the biggest stages. The team’s exploits in 1998 united a country that was still in the process of healing after brutal times, and establish football as the common denominator that would serve as the unifying bond for years to come.

Another effect of this team would be that Croatia would become the most successful nation of the former Yugoslavia, appearing in four Euros and World Cups each since 1998. The first golden generation played a much more important role off the pitch than on it- they were instrumental in bridging gaps and giving people hope. Twenty years on, another crop of ‘golden generation’ would rise that would shock the world in an even more seismic manner.

Croatia’s run to the final of the 2018 World Cup was predicted by absolutely no one. Yes, they had talented players. Yes, they had a well-defined squad. Yes, comparisons were made to the 1998 squad in terms of players’ club careers and individual accolades. But to actually end up as one of the two best teams was a feat that few could have even dreamt of.

Their qualifying campaign had been a struggle. After a string of poor results that endangered their chances, Zlatko Dalic was appointed as manager. He guided the team past a playoff against Greece, which led to their being drawn with Nigeria, Argentina, and Iceland. The Croats took maximum points, including thumping Argentina 3-0, to finish as group winners, which was the point where the world sat up and started to take notice. With players like Luka Modric (Real Madrid), Ivan Perisic (Inter Milan), Ivan Rakitic (Barcelona), Mario Mandzukic (Juventus) along with a host of hardworking, team-minded individuals, something was cooking.

Croatia's got next. 🇭🇷

With their win over Argentina, they become the first team to advance out of group D. pic.twitter.com/PsBWlqmpRp

Croatia would soon come to be the team that worked the hardest. They would fight for every loose ball, every second chance and not be satisfied till they feel they have been able to give their all on the pitch. Having to see war and skirmishes during their growing years, many of the team’s veterans knew that this would be their chance to show the better side of the country. Croatia would survive two penalty shootouts, against Denmark and Russia before shocking England 2-1 after extra-time to reach their first ever final.

Though they would eventually end up losing 4-1, this team was all about work at hand. They had built a fanbase that had been allowed to dream and dream. Led by captain Modric, himself a survivor of the Independence War which saw him live as a refugee in hotels year on end as well as losing his grandfather to rebels, a nation saw a part of itself in the team that almost made it all the way. He would win the Golden Ball for his efforts as well as the Balon D’ Or, though the much larger impact was again the legacy they left on the pitch. If 1998 was an awakening, 2018 was reaffirmation.

Croatian fans have a special pull with their national team, especially with the fact of how the team’s performance takes the attention away from conflicts and combines a passion for the sport into national joy. Fans are vocal in their support, with numerous chants like “Za narod svoj” (For Our People) and “Bježite ljudi, bježite iz grada” (Run Away People, Run Away From the City). National musicians as well have written songs that are used by supporters in matches while another pervasive practice has been inscribing the origin city of fans into the flags that they bring for matches.

Scores of Croatian fans erupt in celebrations in Zagreb as the #Croatia Football team advanced to the 2018 #FIFAWorldCup Final, for the first time.
Pictures: FIFA World Cup page. pic.twitter.com/uISmYptdsG

Even the team’s crest of the checkerboard known colloquially as ‘sahovnica’ is used to denote Croats since the Middle Ages. Furthermore, as is evident across much of Eastern Europe, there is also a big amount of ultras’ in the country with Bad Blue Boys (BBB) and Torcida which are for the two biggest clubs- Dinamo Zagreb and Hajduk Split respectively.

The BBB were even instrumental in the nationalist fervour during the time of Independence, throwing their weight behind the concept of a free nation of the Croats. They are regulars at international matches and are widely known for their hooliganism, loud vocal support and hardcore nature.

Speaking of hooliganism, Croatia has suffered from bans and fines from the sport’s governing bodies from time to time. There have been cases of racist chants, supremacist behaviour and setting off of flares leading to stoppages in play. There have even been bouts of fan violence in the stands, especially if they are playing Serbia which causes extra security to be deployed.

Notwithstanding the racism, Croatian fans firmly see their football team as a proud symbol of their national identity as much as their independence in the 1990s. Since then, they are spoken of in the same breath when recollecting the days of the young team that made headlines in their first World Cup to the 2018 group that inspired another generation.

Croatia have a chance to renew their rivalry with England, whom they meet on June 13 for the teams’ first match in Group D. These two teams have quite a bit of history between them aside from the 2018 World Cup. The Croats had denied England their place at Euro 2008, a favour returned by the Three Lions for the 2010 World Cup, including a 5-1 defeat of Croatia during qualifying. Aside from those two deciding clashes, they have met in the UEFA Nations League in 2018 as well with England responsible for relegating the Balkans to League B.

Their other fixtures in the group are against Scotland and fellow Balkan state, Czech Republic. With much of the team from 2018 set to return for the tournament, there is no saying how deep Croatia can again. However, one thing’s for certain. With fans set to return, albeit in a reduced capacity, expect the stadiums to be as noisy as ever cheering for their national icons.