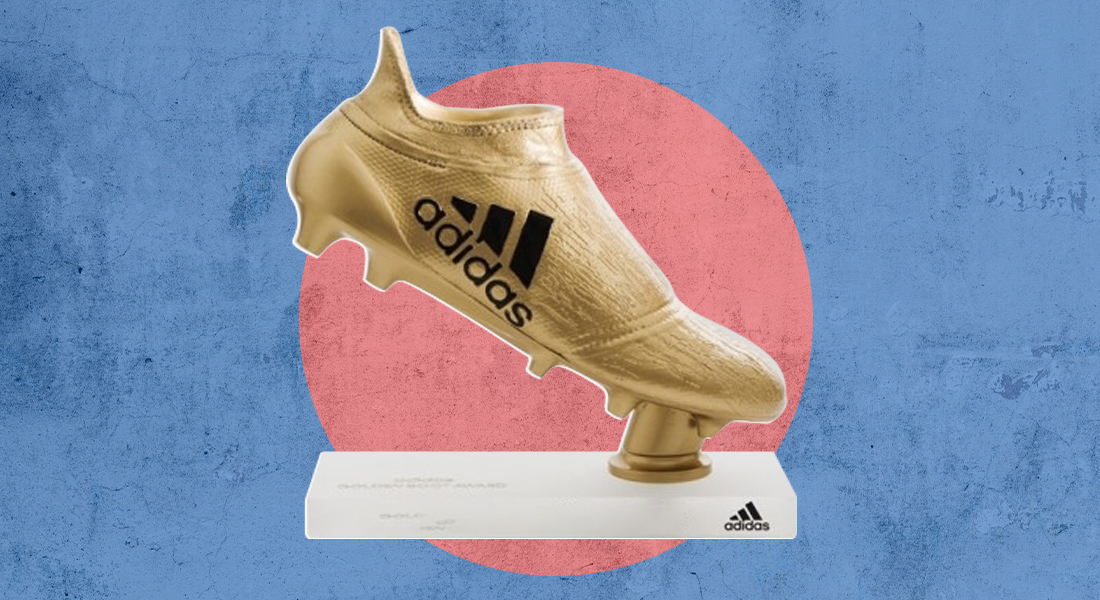 All The Golden Boot Winners of EUROs since 1980

The quadrennial European Championship tournament is one of the most prestigious competitions, only behind the FIFA World Cup in terms of global viewership and popularity. It is contested by the cream of Europe, as such the honour of being the Golden Boot winner at the Euros carries a sense of prestige and respect.  With the Euros to commence this June, FootTheBall takes a look at the players who scored the most goals at every edition of the Euros since 1980 (Courtesy:UEFA Official/Twitter)
The 1980 European Championships saw Die Mannschaft being crowned the champions of the continent as Klaus Allofs bagged the top scorer spot in the tournament. The interesting thing to note here is that he only ever scored in one match in the entire tournament – the second group stage match in what is now the Stadio Diego Armando Maradona in Naples against the Netherlands. But his hat-trick against the Oranje was enough for his team to finish top of the pile in Group 1 and eventually emerge triumphant in the tournament as the Germans defeated Belgium in the final on their way to silverware. He earned the Golden Boot at the 1980 Euro. 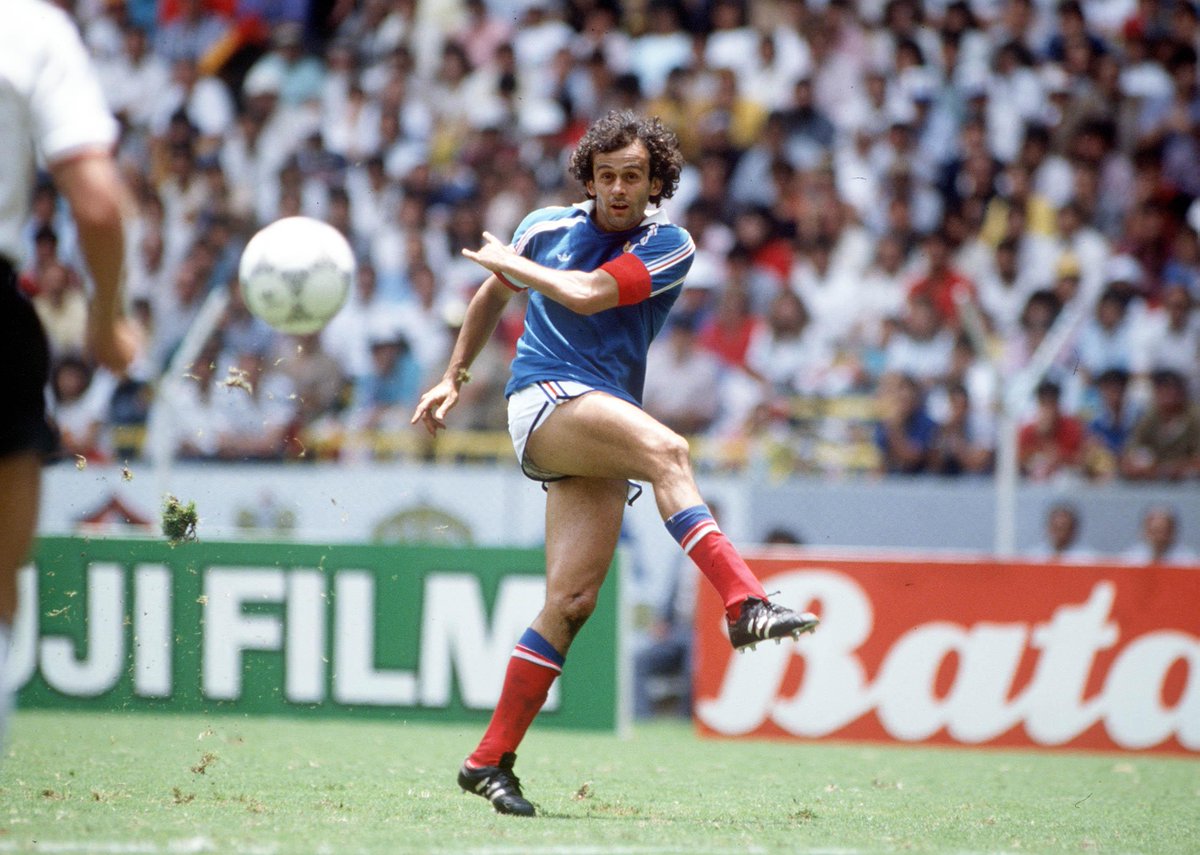 (Courtesy: FIFA Official/Twitter)
Although banned for ethical violations and corruption by FIFA until 2023, Michel Platini is regarded as one of the greatest footballers of his generation – a prolific goal scorer for both club and country and the winner of the Ballon D’Or on three occasions. Platini was both the best player and the top scorer at the 1984 edition, in which he captained France to its maiden international title on home soil. He scored a total of nine goals in five matches at Euro 1984 and remains, to this day, the all-time top scorer in Euros. He got on the scoresheet in every match that France played in, including two hat-tricks against Belgium and Yugoslavia in the group stage and the last gasp winner in the semi-final tie against Portugal in extra time and was deservedly named in the UEFA Team of the Tournament for his performance at the 1984 Euros in addition to winning the golden boot. 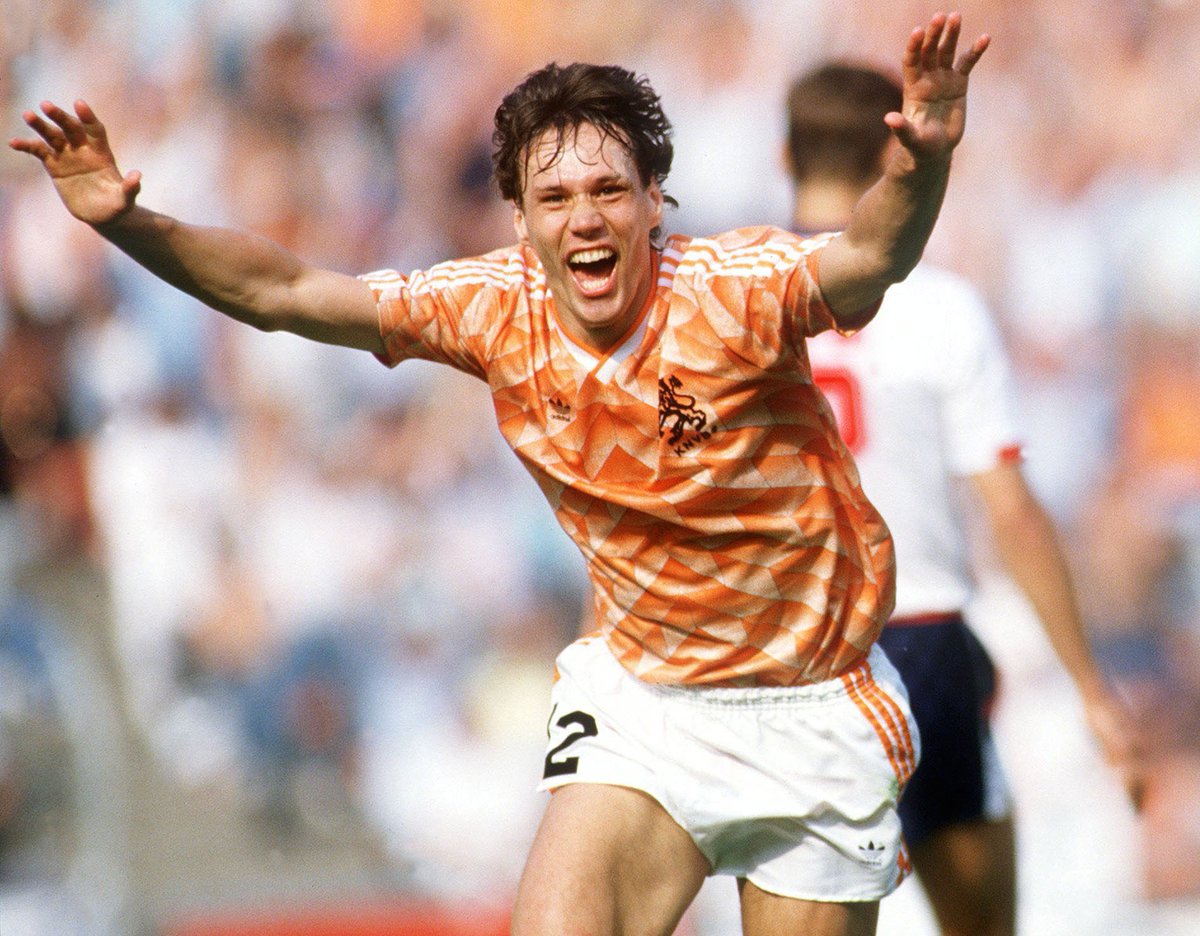 (Courtesy:UEFA Official/Twitter)
Although his career ended prematurely due to injury, van Basten is considered pivotal in the Netherlands’ victory at Euro’88 as he scored five goals in the tournament including a perfect hat-trick against the English in the group stage and the crucial winning goal in the semi-final against hosts West Germany in the dying minutes to help the Dutch secure their first ever European Championship title. Even though they lost their first match in the tournament to the Soviet Union, they beat the same opposition in the final with van Basten setting up one and scoring the other goal (a brilliant volley) in a 2-0 win that saw him named as the competition’s top scorer in addition to being inducted into the Team of the Tournament alongside legends like Ronald Koeman, Frank Rijkaard, Paolo Maldini and Lothar Matthaus. 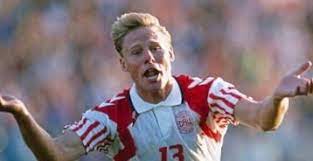 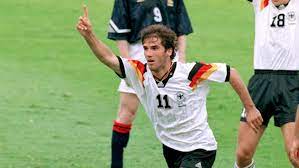 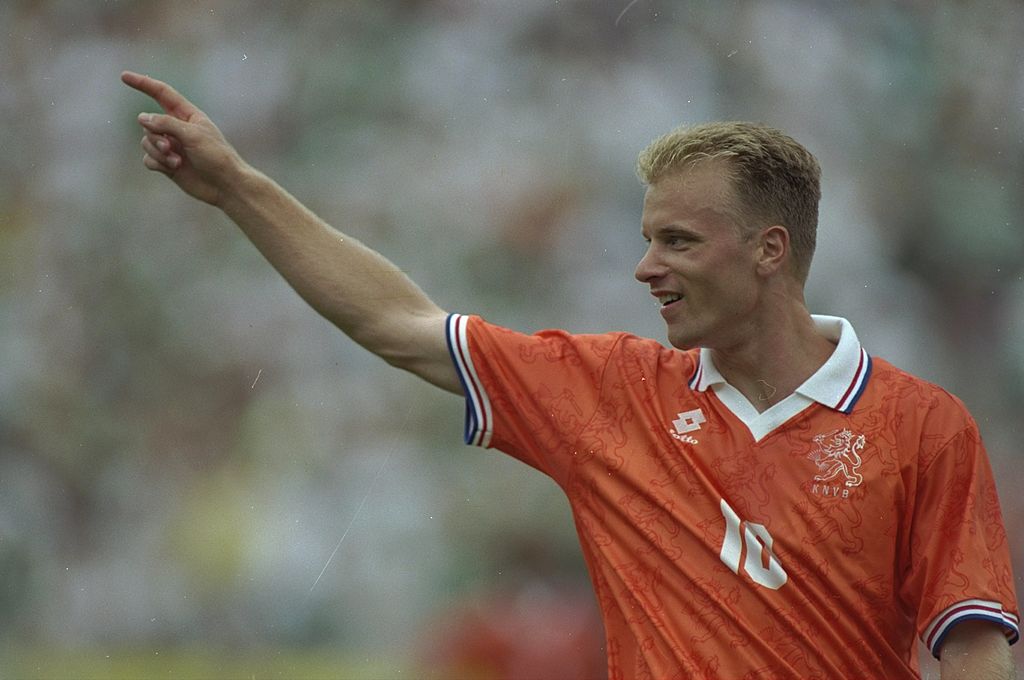 The 1992 European Championships saw four top scorers as reigning champions the Netherlands were defeated by eventual winners Denmark who won their first and only Euro title to date by winning against a re-unified Germany (playing its first ever major international tournament) in the final. All the top scorers were from teams who qualified for the knockout stage, although Tomas Brolin played the fewest number of minutes amongst the top scorers as Sweden were ousted by Germany as fellow top scorer Karl-Heinze Rielde scored a brace including the winner in the 88th minute in the first semi-final. Henrik Larsen won the tournament with Denmark as the Danish won by two goals in the final, but only Dennis Bergkamp made the cut to the UEFA Team of the Tournament at the tournament’s conclusion. 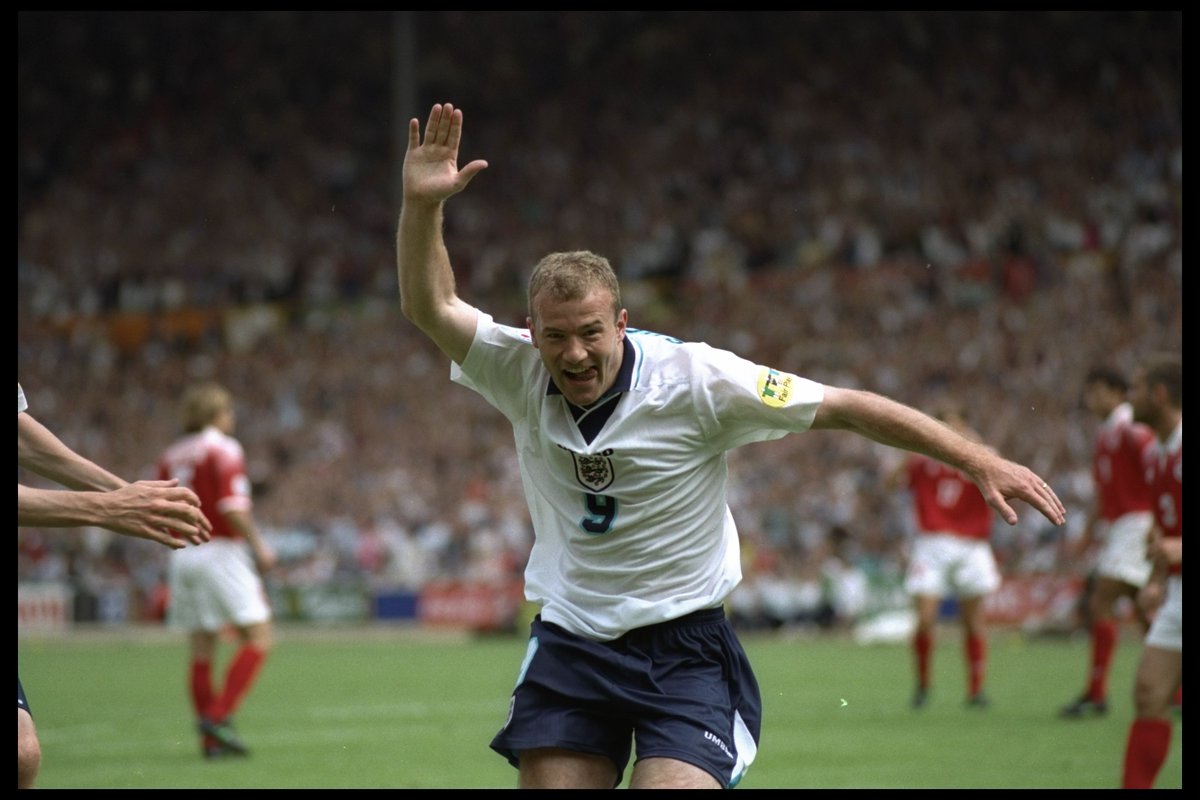 (Courtesy:UEFA Official/Twitter)
Coming into this tournament, the Premier League’s all-time top goal scorer hadn’t netted for his national side in the previous twelve games, but opened England’s account in their opening game against Switzerland and after that there was no stopping him. Shearer scored in every match in the group stage including a brace against the Netherlands as England qualified for the knockout stage as group winners. He was on target again in the semi-final against Germany as the English were dumped out on penalties due to current England manager Gareth Southgate missing his spot-kick at Wembley. 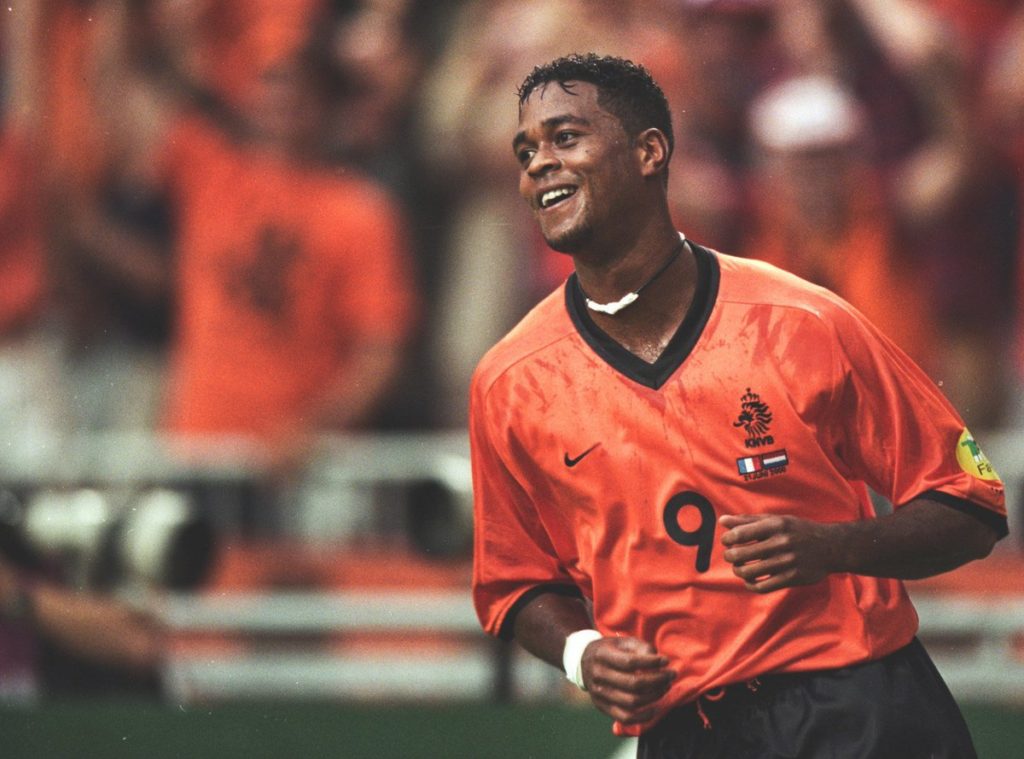 Both Milosevic and Kluivert shared the honour of being named top scorers at Euro 2000 that was co-hosted by Belgium and the Netherlands. Milosevic scored a brace in the opening group stage match for Serbia (then known as the Yugoslavia national team) against Slovenia in what was an eventual draw, while Kluivert scored against Denmark and France to help Netherlands to top spot in Group D.
In the knockout stages, both of them squared against each other in the quarter-finals as the Netherlands soundly and emphatically won the tie 6-1 in Rotterdam with Kluivert scoring a hat-trick, while Milosevic was only able to score an injury-time consolation for his national side. 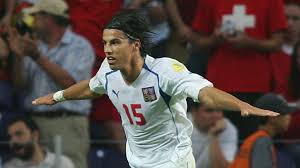 (Courtesy:UEFA Official/Twitter)
Czech Republic were ousted by eventual champions Greece, but Czech forward Milan Baros was named the tournament’s top scorer as he guided his national side to first place in a group that contained heavyweights and favourites such as the Netherlands and Germany. The Czechs were victorious against both the Dutch and the Germans as Baros scored in every match that he played in (including a brace against the Danish in the quarter-finals) except the semi-final tie against Greece. For his performances in Portugal, Baros was also featured in the UEFA Team of the Tournament alongside household names such as Zinedine Zidane, Frank Lampard, Cristiano Ronaldo and Luis Figo. 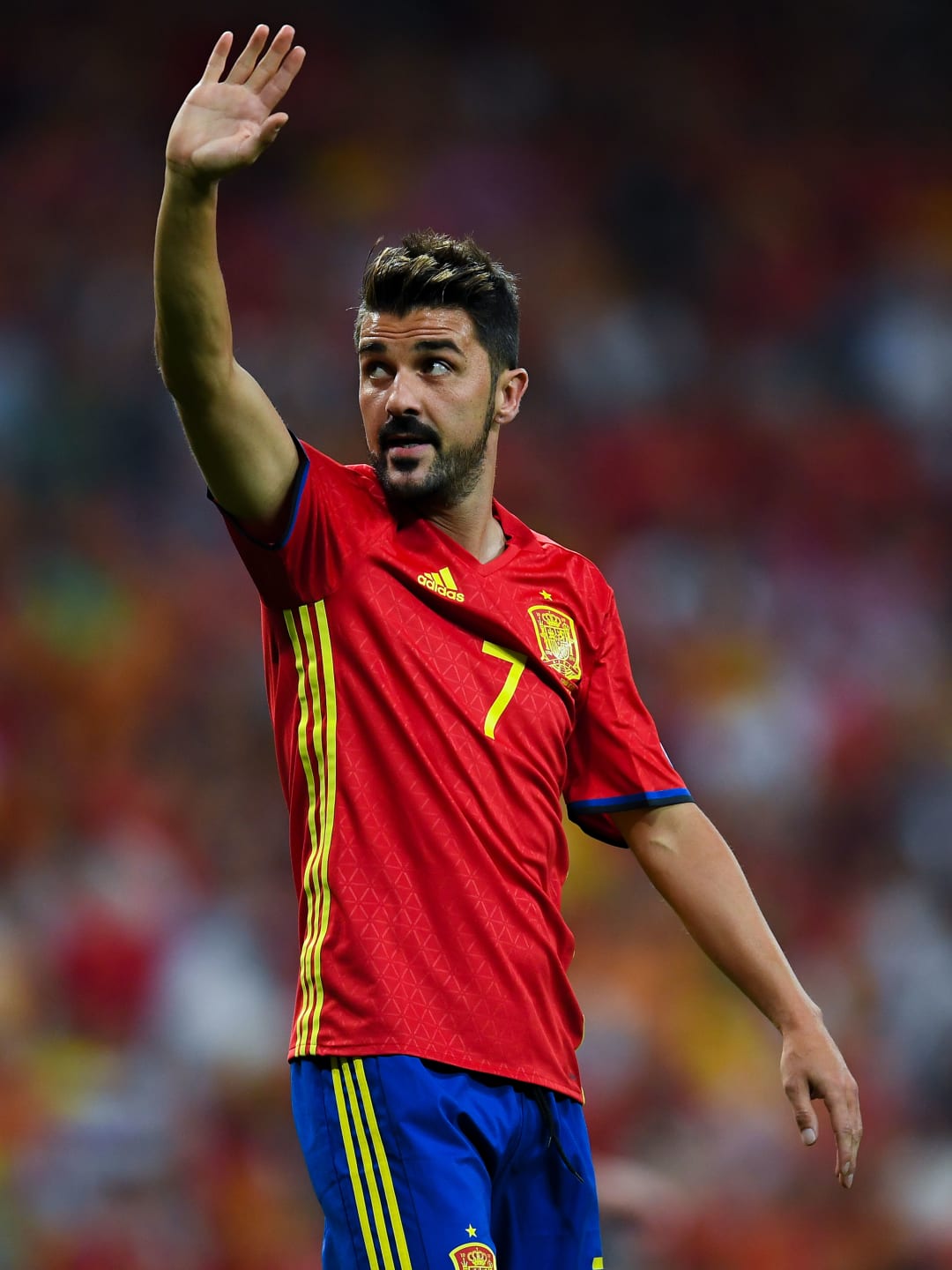 (Courtesy: David Villa Official/Twitter)
The former Barcelona and Atletico Madrid forward scored the most goals at the Euros held in Austria and Switzerland and won the golden boot. The Euro 2008 was won by Spain as they clinched their second international trophy Villa started the tournament in explosive fashion as he scored a hat-trick (the only one in the entire tournament) in Spain’s opening fixture against Russia as La Roja became only the second country ever in the history of the competition to win all group stage matches on their way to the title after France achieved the same feat in 1984, additionally the Spaniards earned the unique achievement of winning the tournament without losing even a single match – a feat only equalled by the Germans in the 1996 edition. Although Villa didn’t get on the scoresheet in the knockout stages, Spain went on to win in the final against Germany as a host of players from the Spain squad including the likes of Xavi, Iniesta, Torres, Puyol, Casillas, Fabregas and Villa made it to the Team of the Tournament. 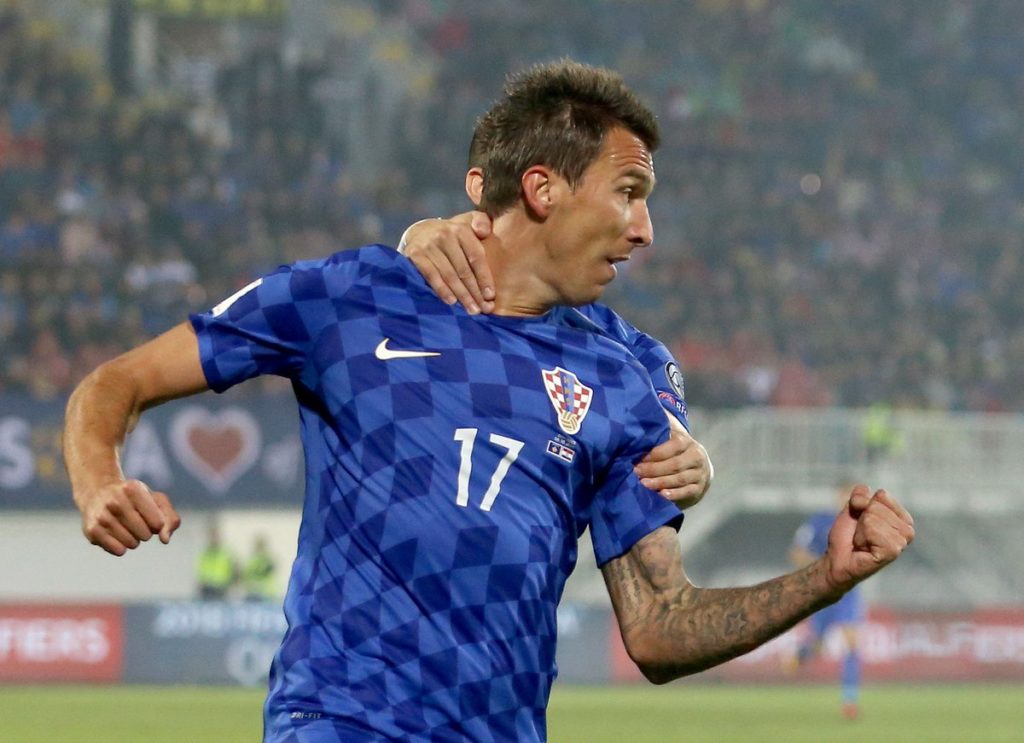 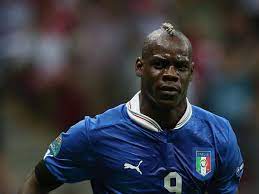 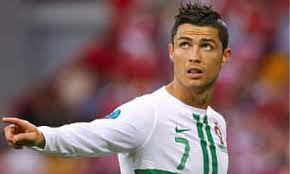 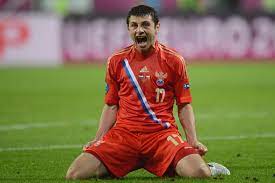 This tournament saw six players share the honours of the golden boot at the 2012 Euros as Spain became the only nation to date to defend its European Championship title after its win four years ago. Russia’s Dzagoev scored in two of the three group stage matches that Russia played including a brace in their opening tie against Czech Republic. Meanwhile, Cristiano Ronaldo scored for Portugal against the Netherlands and Czech Republic but was ousted by Iberian neighbours on penalties as Portugal exited in the semi-finals. Mario Gomez got on the scoresheet for the Germans against Portugal and the Netherlands (including a brace against the Dutch) as Germany fell to Italy in the second semi-final where fellow top-scorer Balotelli bagged a brace. Former Atletico Madrid forward Fernando Torres scored a brace against Ireland in the group stage and a goal in the final against Italy as Spain created history with what is now referred to as its ‘Golden Generation’ of players, the majority of which were products of Barcelona’s youth academy La Masia. The current Barcelona forward was at his scintillating best as France hosted the Euros for the first time since 1984. The former Real Sociedad player scored six goals (five of them in the knockout stages) as France reached the final only to lose to Portugal in extra time in the showpiece match in Paris that saw Cristiano Ronaldo being stretchered off the pitch only to return later to issue instructions from the touchline to his teammates. Griezmann’s best performance came against Germany as he scored a brace against Die Mannschaft and was deservedly named the best player of the entire tournament in addition to winning the golden boot at the 2016 Euros.

This year a lot of footballing talents will battle it out for the European Championship title and the likes of Robert Lewandowski, Kylian Mbappe and Harry Kane will surely have their eyes on claiming the Golden Boot accolade with each one of them having a spectacular seasons for their respective clubs so far.