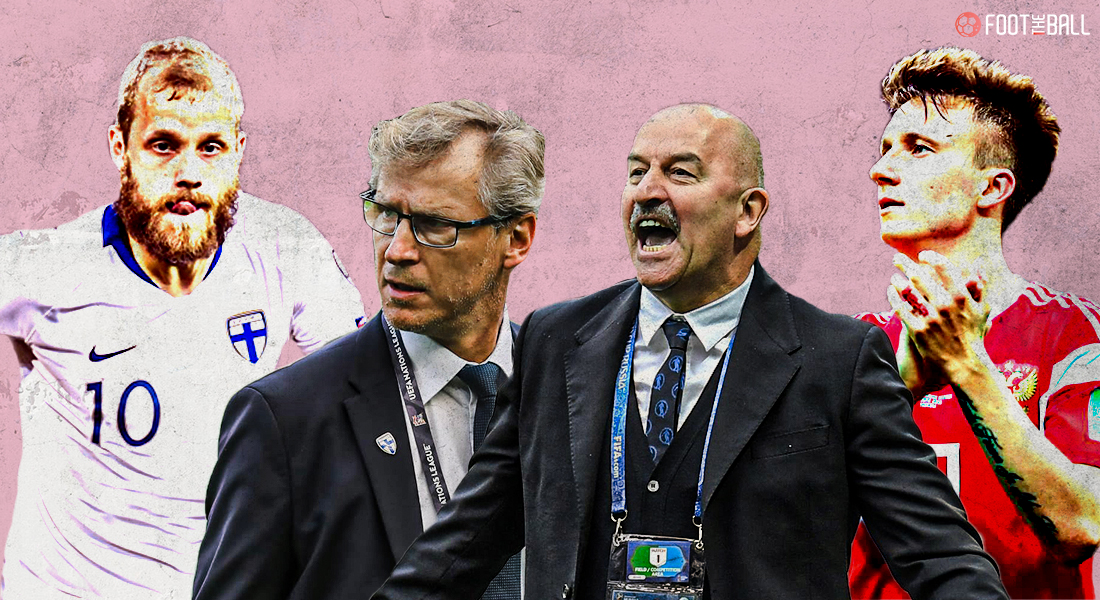 Following their first round of Euro 2020 matches, Finland and Russia will square off on Wednesday in Saint Petersburg, Russia, to kick-off matchday 2 of the European Championships.

Finland launched their Euro 2020 campaign with a roar after their 1-0 away victory over Denmark in Copenhagen. The Eagle Owls’ first-ever appearance in a major international tournament couldn’t have gone any better. This match, however, will be recalled for the concerning incidents surrounding Denmark’s Christian Eriksen.

Joel Pohjanpalo didn't celebrate his goal despite it being Finland’s first at a major tournament. pic.twitter.com/zNBbJmlFfb

Finland was overpowered by Denmark throughout the match, but the heroics of their goalie Lukas Hradecky—including a penalty save in the 75th minute—were enough to propel them beyond the finish line.

3 – Lukás Hrádecky is only the third goalkeeper to save a penalty on their debut appearance in the European Championships after Przemyslaw Tyton in 2012 (Poland v Greece) and Trols Rasmussen in 1988 (Denmark v Spain). Arrival. #EURO2020 #DEN #FIN pic.twitter.com/ofxyzFIrX3

Russia, on the other hand, was thrashed 3-0 by Belgium in their Euro 2020 opener. Russia must feel that their Euro campaign begins on Wednesday against Finland, with what appears to be a must-win encounter for them if they are to advance to the knockout stages.

The Russians, headed by Stanislav Cherchesov, will look to put their defeat to the Red Devils behind them and find strength and inspiration from their successes in the 2018 World Cup, which saw them reach the tournament’s quarter-finals.

There are no new major injury concerns for Finland and will be fielding their strongest lineup against Russia.

Timothy #Castagne clashed heads with Russia's Daler Kuzyaev in the 26th minute and was replaced by Thomas Meunier, who then starred with a goal and an assist. #Euro2020 #BELRUShttps://t.co/AKNGMtWJ0u

Yuri Zhirkov will miss Russia’s match against Finland due to a calf injury sustained in the previous match against Belgium. Daler Kuzyaev is questionable for this match-up after he was put in concussion assessment after colliding heads with Belgium’s Timothy Castagne who has been ruled out of Euro 2020.

Teemu Pukki might have had a quiet afternoon against Denmark, but the 31-year-old is more than capable of causing mayhem in the opposition’s penalty box. He is The Eagle Owl’s star, and is the country’s highest active goal scorer with 30, only two goals behind the nation’s all-time leading scorer Jari Litmanen. The Norwich striker proved devastating for his team in the EFL, ranking second in the league in goal scoring with 26 and assisting The Canaries in qualifying for the Premier League next season.

Russia’s Aleksandr Golovin is both the brain and the executioner for his nation. The 24-year-old is as talented of an attacking midfielder as they come. He has been a crucial figure for Monaco this campaign, aiding them to a third-place finish in the Ligue 1 standings. In the French first division this season, the Russian had 5 goals and 9 assists under his belt. But the Russian adds more value than just his stats.

👀 Check out this finish from @AS_Monaco_EN star Aleksandr Golovin as the "Tsar" hopes to lead @TeamRussia to a win to start #Euro2020 🇷🇺#НашиПарни #ИграемЗаВас#BELRUS #RUS pic.twitter.com/aTYm6gzRXc

He is a special talent. Golovin has it all: silky technique, pinpoint short and long passes, a huge personality, and differentiating creativity on the edge of the box. With his wide range of repertoire, he is the clear-cut candidate to be a game-changer for the Russians.

With their huge win over Denmark, Finland is on a quest to defy all the odds piled up against them and would be looking forward to adding to the list of ‘surprise teams’ in major international tournaments. While Russia, following their loss to Belgium, will be fighting for second place in Group B this summer and will be hoping to bring their best version on Wednesday.