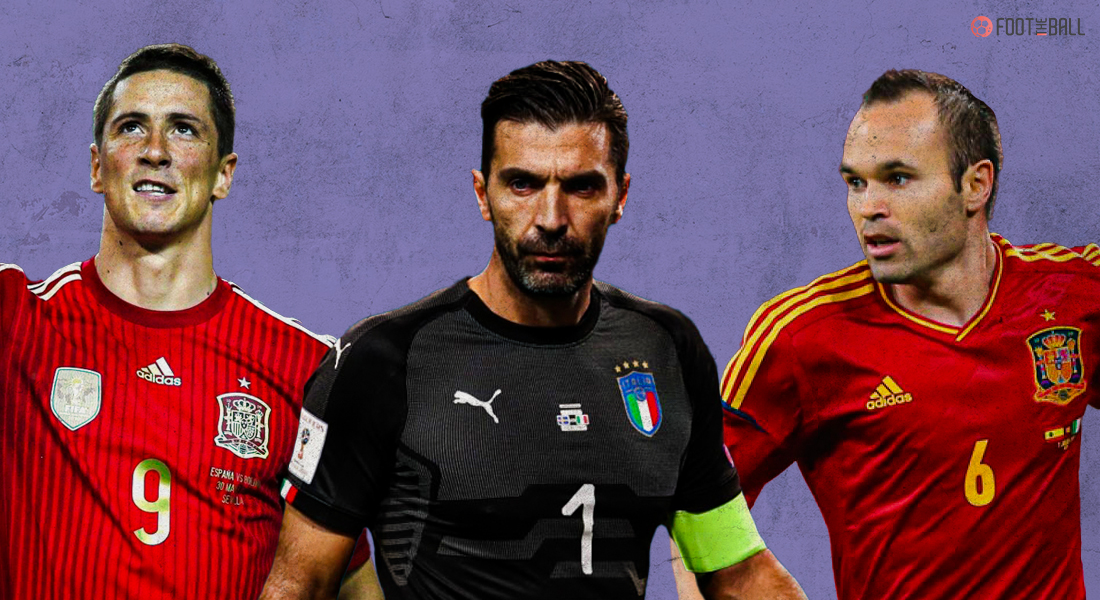 Football rivalries make the sport much more enthralling and dramatic and keep the fans on the edge of their seats. Such rivalries when put on display, bring out the best of matches, especially in knockout games. Domestic rivalries between clubs from the same city like Liverpool and Everton, or between the two most successful clubs of a league, like Barcelona and Real Madrid have at least a couple of fixtures guaranteed every year. But when it comes to International rivalries, fans sometimes wait for decades to watch their favourite fixtures. One such intense rivalry will be seen in the first semi-final of Euro 2020, played between Italy and Spain.

Spain defeated dark horse Switzerland in a draining fixture that saw the teams tied even after 120 minutes. But two brilliant saves from Unai Simon in the penalty shootout saw them find a way into the next round. On the other hand, Italy had a convincing 2-1 victory over the world number one team and tournament favourites Belgium.

As the two top sides and footballing enemies prepare for the face-off at the Wembley Stadium, we, at FootTheBall, bring back the memories of their last seven clashes in major international tournaments —

The two teams were grouped together at Euro 1988 held in West Germany and their group fixture was expected to be a battle of defence vs attack.

Italian defence led by Paolo Maldini protected their goal well and held Spain to a goalless first half. In the second half, Italy started pushing for a much-needed goal and one of their forwards in the pursuit was current manager Roberto Mancini.

Mancini, however, could not influence the match and was subbed off, but his Sampdoria teammate Gianluca Vialli found the crucial goal in the 73rd minute. The goal decided the fate of the match and Italy successfully went through to the semi-finals.

They finished fourth while Spain was knocked out in the group stage.

The Mediterranean derby next took place in the World Cup for the first time since 1934, after a 60-year gap since they last met in the prestigious competition. And it was no ordinary fixture, it was the quarter-final of the tournament where both teams looked impressive and had a talented squad at their disposal.

Italy started off the game with a fatigued lineup in the summer heat of the United States but to everyone’s surprise, found the net first in the 25th minute. Dino Baggio drilled one past the Spanish goalkeeper Andoni Zubizarreta. Spain equalised in the second half with a brilliant move right at the hour mark, but they failed to capitalise on the momentum and the Italian backline successfully restored the solid shape and defended well for the remainder of the game.

Roberto Baggio’s goal in the dying minutes elevated Italy to the semi-finals of the tournament which they eventually finished as the runner ups. The match also had a controversy where Italy’s Mauro Tassotti elbowed the then Spanish defender and current manager Luis Enrique. The incident went unpunished in the game but Tassotti was later given an eight-match ban.

It took another 14 years for the sides to meet again in a major tournament, and it couldn’t have been a better setting than the quarter-final of the tournament which was expected to be a blockbuster considering the style of play of both sides.

Italy didn’t have the luxury of playing midfield maestro Andrea Pirlo and Gennaro Gattuso who were out due to suspension and Spain looked to capitalise on this. However, Italy yet again showed what keeping a clean sheet meant to them and despite all the firepower Spain had on their side, they couldn’t find the net in the 90 minutes.

Spain dominated and looked the more likely ones to score first, but Italy kept their composure for yet another 30 minutes and took the game to penalties.

Iker Casillas became the hero for Spain by saving two of Italy’s penalties allowing his side to progress with Cesc Fabregas’ successful penalty.

Spain went on to win the competition which was their second ever European championship title.

The two European giants were grouped together at Euro 2012 hosted by Poland and Ukraine. They played their opening fixture of the tournament against each other at the Gdansk stadium in Poland in a draining encounter that saw no victors.

Spain came into the tournament as the defending champions as well as the 2010 World Cup winners and were certainly one of the favourites to lift the trophy once again. Italy, on the other hand, hadn’t been at their best in the 2010 World Cup and were knocked out in the group stage.

The match went slow and steady as both teams tried to work their way to the opposition goal and failed to do so in the first half. Italy opened the scoring at the 61st minute with substitute Antonio Di Natale’s sublime finish.

Spain pegged Italy back just three minutes later with Cesc Fabregas finding the net. The group fixture ended 1-1 and both teams went on to reach the knockouts of the tournament and met once again.

They met again in the same competition, but much more was at stake this time around. It was the first time the two sides had met in a final of a major international tournament and the fans were expecting a similar evenly matched fixture as the group stage. To everyone’s surprise, it turned out to be a thrashing for the Azzurri.

Spain started the game with attacking intent as expected, but the Italian defence crumbled earlier than expected — and Spain scored the first goal under 15 minutes with a brilliant header from David Silva. They continued to hold more of the ball and frustrated the Italian players by moving it around with ease. La Roja exploited the big cracks in Italy’s defence and some sublime through balls from Andres Iniesta split them open with ease.

Another goal came in the first half from Jordi Alba and Spain led the game 2-0 at halftime. Italy couldn’t manage to threaten Iker Casillas’ goal and two late goals from Fernando Torres and Juan Mata sealed the final in Spain’s favour — 4-0.

A rematch of the Euro 2012 final took place the next year at the Confederations Cup in 2013, which acted as a prelude of the 2014 World Cup in Brazil. The two teams met in the semi-final of the competition

Unlike the 4-0 thrashing in the final of Euro 2012, the confederations cup semi-final was a very even fixture throughout. Both teams created loads of chances but both Buffon and Casillas won’t allow anything to get past them and the game ended 0-0 after 90 minutes.

The extra time could change nothing despite Spain dominating and constantly attacking the Italian goal and the game went to a penalty shootout. Both Italy and Spain scored all five of their assigned penalties and the sudden death rule was applied for the next penalties, with the scored tied at 6-6 Leonardo Bonucci skied his penalty and gave Jesus Navas the chance to take Spain through, and Navas made no mistake.

In the previous edition of the Euros, a riveting knockout tie was drawn between the Azzurri and La Roja in the Round of 16 in St. Denis, France.

Spain came into the tournament as the champions of Europe for the last two editions and with the aim to complete a hattrick. However, their team had changed from what it was in the previous edition, with key players like Torres and Xavi retired already and Andres Iniesta was in the final years of his career. Italy too was in a transition phase and wasn’t as sharp as they look now.

The Azzurri dominated the majority of the game and forced some extraordinary saves from David de Gea, but eventually scored via Giorgio Chiellini on a rebound. Spain tried to fight back but wasn’t able to trouble Buffon as they did in the 2012 final. The ball did go in the net again in the dying minutes, but it was Italy again who broke the deadlock. Pelle smashed the ball in a one-on-one and took Italy to the quarterfinals where they eventually lost to Germany on penalties.