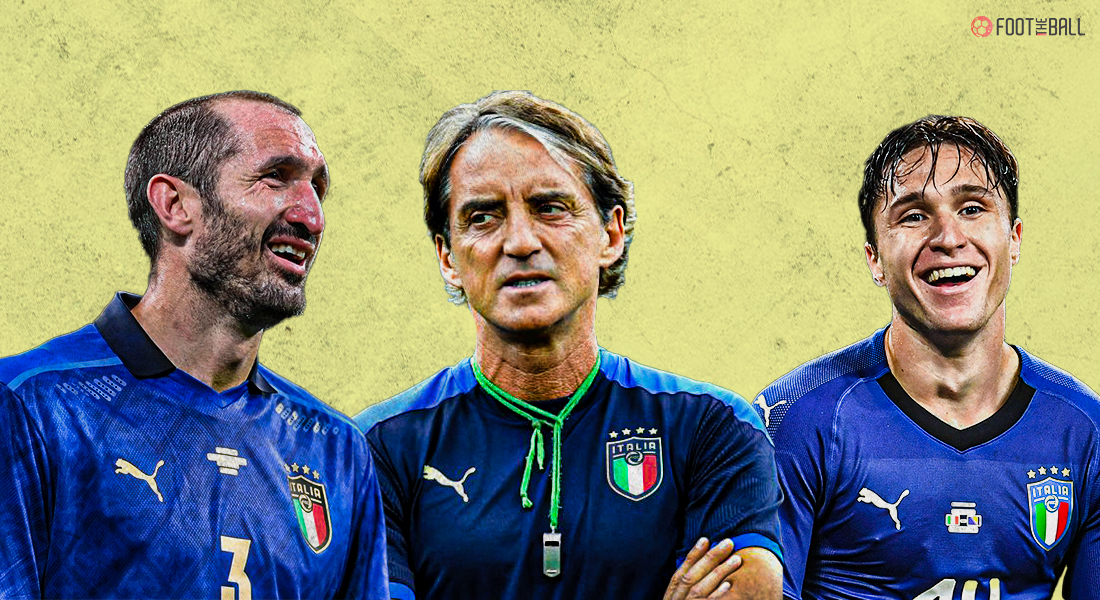 ROBERTO MANCINI, THE MASTERMIND WHO HAS TRANSFORMED THIS ITALIAN SIDE INTO THE CHAMPIONS OF EURO 2020

Italy were left in shambles in 2018 after a disastrous spell under Gian Piero Ventura as they failed to even qualify for the World Cup in 2018. A team with such glorious history on their back couldn’t even make it to the top 32 football teams in the world. When the world was laughing at the Azzuri, Roberto Mancini stepped up and took the responsibility of reviving Italy back to its glory days. 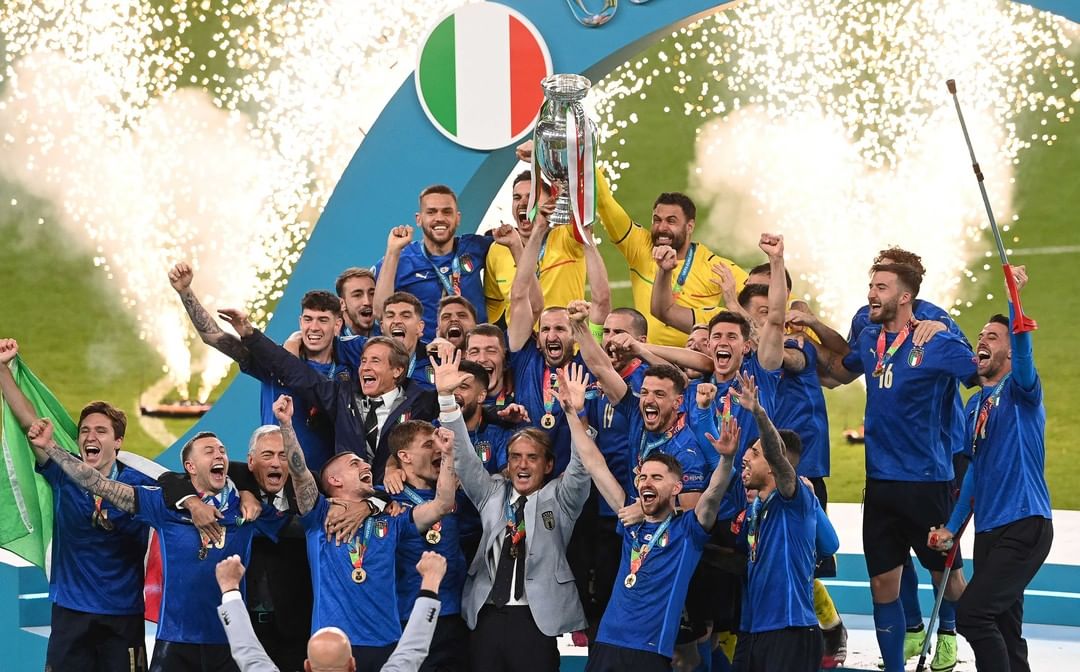 From a laughing-stock to having a 34 games unbeaten streak, Italy have come a long way under the rule of Mancini. FootTheBall brings you how Roberto Mancini has transformed this Italian side into the Champions of Europe.

Mancini brought in a revolution in the Italian camp in all aspects as he took charge. Italy’s style was a bit outdated and they needed a massive reboot in their system to compete in the tough modern-day world. Mancini played the backline a lot higher than they usually do so as to be at the front foot from the get-go. Italy never had problems at the back, but this change was absolutely necessary as a higher backline acts as the backbone of aggressive attacking play.

As we mentioned earlier, Italy’s main issue was their bluntness upfront. In November 2017, Italy failed to score even once over 2 legs against Sweden in the World Cup qualifiers of 2018. They even drew against North Macedonia a month prior to that. Italy had clearly forgotten how to score goals and Mancini found out why.

As soon as he was appointed, Mancini laid the building blocks of the Italian football we saw last night. He worked out ways to be more aggressive all-around and started throwing more numbers upfield. He started utilising the wing-backs more and completely involved them in their link-up play. Spinazolla’s amazing performance in the Euros was all thanks to the changes in the drawing board by Roberto Mancini. 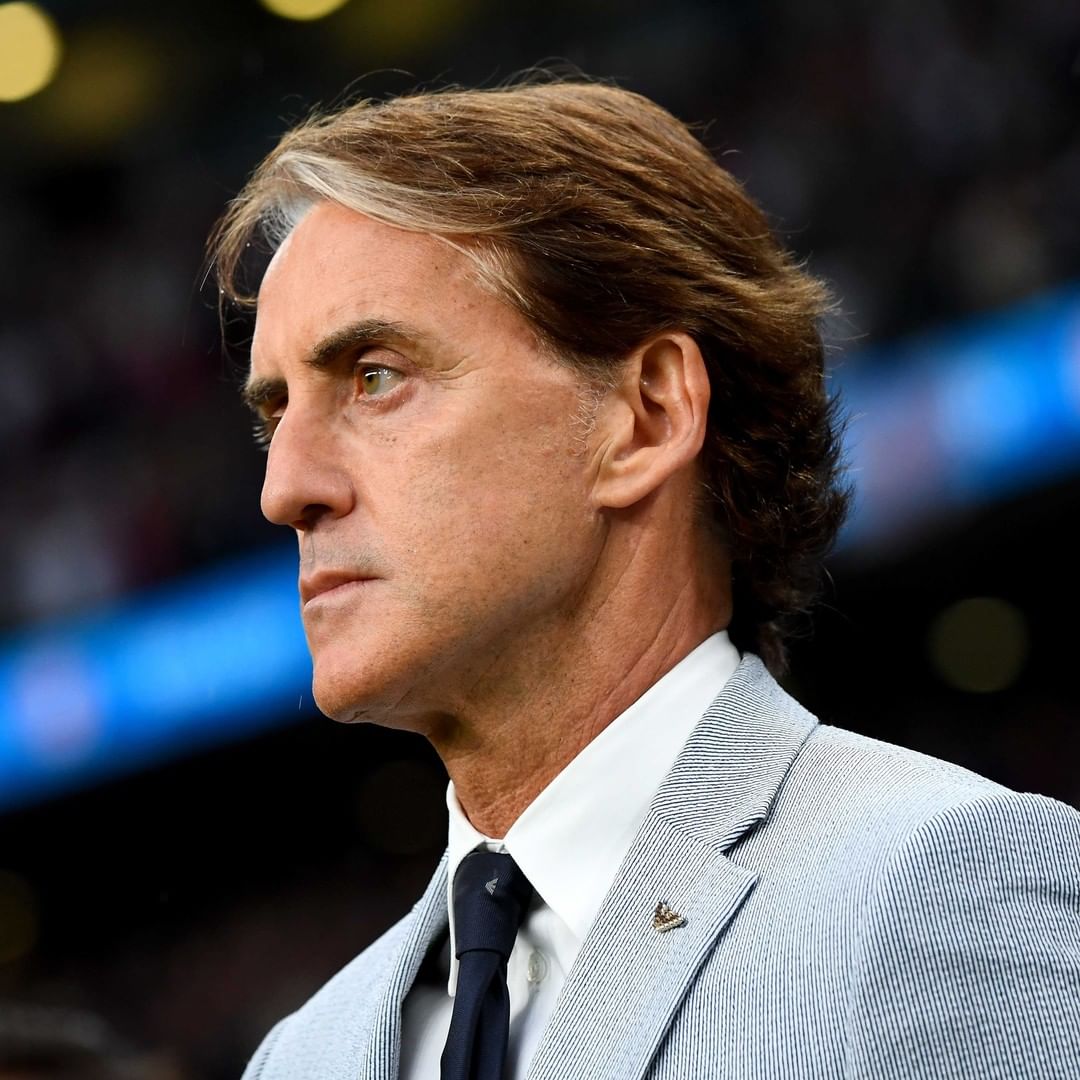 The major flaw in the Italian squad back in 2017/18 was the average age of the team. There were many starters who were well over the age of 30 and hence they couldn’t play efficiently for long durations. Mancini had spoken about the young talented gems hidden in Italy and they found the right care under Mancini.

A total of 30 young players were given their first cap under the reign of Roberto Mancini. He retired Buffon from his duties and made Donnarumma into one of the best goalkeepers in the world. The youngster even won the best player of the tournament.

Even Federico Chiesa has turned into a phenomenal player under the influence of Mancini over the last couple of years. Manici also retired Totti and brought in exciting players like Barella and Locatelli into the picture. With all these lads playing top-tier football at such a young age, Italy’s future is looking brighter than sunshine.

Roberto Mancini’s hard work had a massive impact on the Azzurri’s and the world could clearly see that in the opening game of Euro 2020. Italy battered Turkey in a 3-0 win establishing their authority since the start of the tournament. They easily won all their games in the group stage and after facing a little trouble against Austria, they managed to pull through.

If it wasn’t for the early goal they conceded in the final, Italy would have won it in the first 90 minutes itself. Although initially, they faced trouble dealing with the dangerous wing backs of England, Mancini figured a way to get past that in a matter of a few minutes. The team talk by the head coach must have really fired up the Italian players as they looked a completely different side in the second 45. 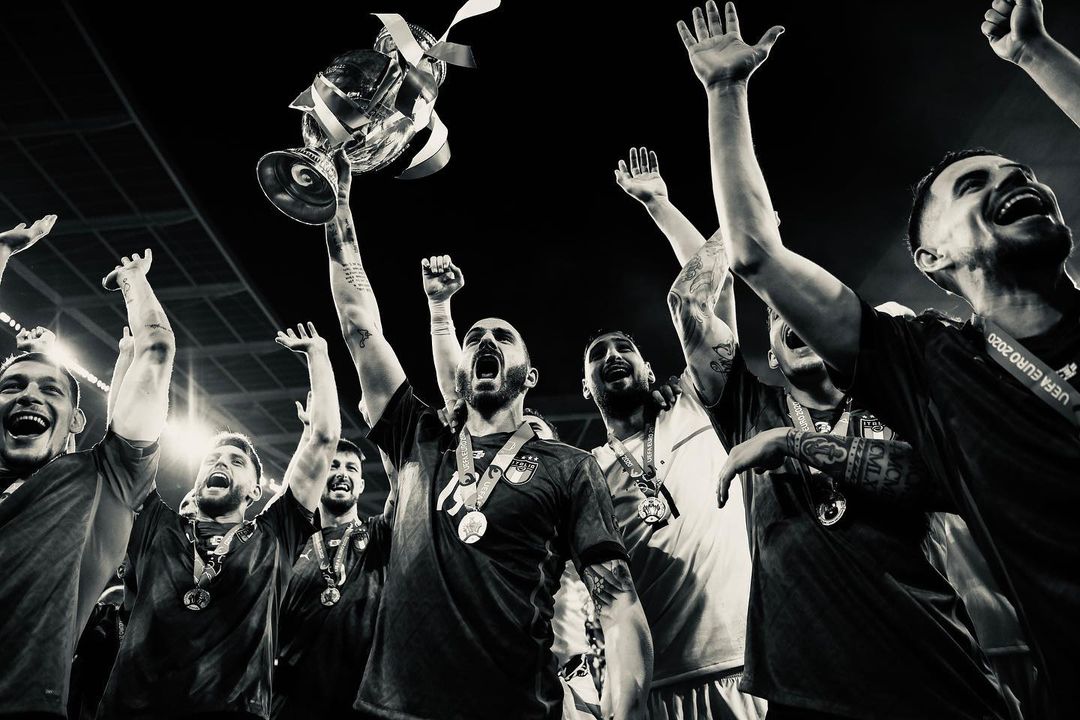 Italy took control of the midfield and after constantly barging on the English defence, they found the much-awaited equaliser. Passion and grit have been the strongest assets for Italy throughout Euro 2020 and those values have been inculcated by none other but their man at the helm. Roberto Mancini has helped Italy to rise from its ashes and get back to its usual business. We are sure the world is going to witness a similar or even better showing by the Italians in the Qatar 2022 World Cup.