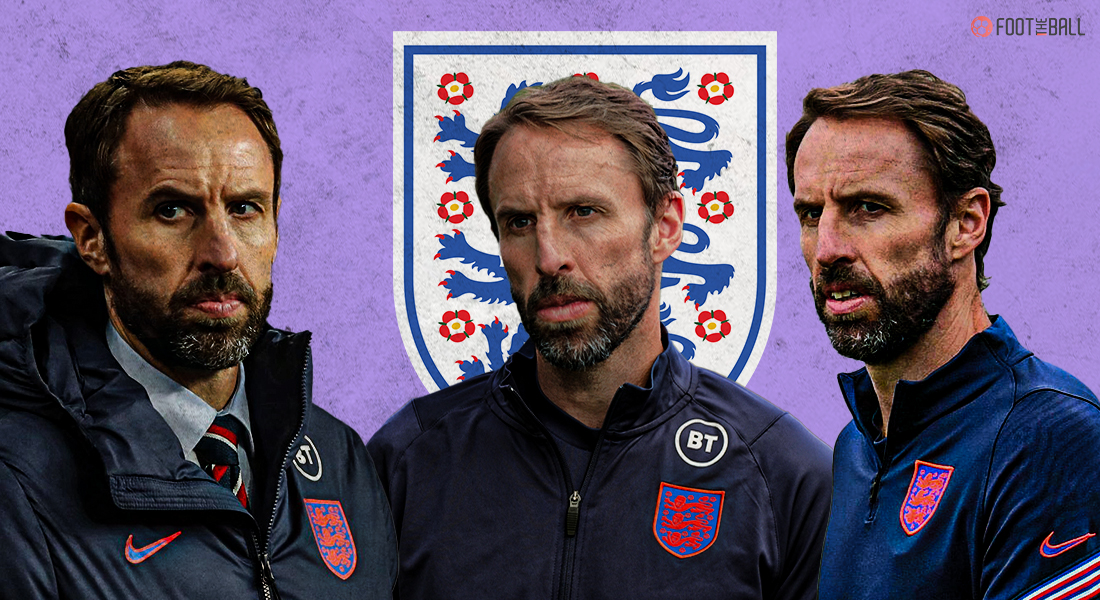 England almost did it. They almost won a major international trophy after 55 painful years and their first European crown. They almost avenged the heartbreak at Euro 1996, the agony of the 2010 World Cup, the humiliation at Euro 2016 and the near miss at the 2018 World Cup. Almost. That word will continue to haunt fans and players for years. This was the closest they had ever gotten since Bobby Moore hoisted the Jules Rimet trophy in 1966.

What hurts more is the fact that England were actually one of the two dominant sides at the tournament right from the beginning. The other was of course, Italy and the two sides meeting in the final match was considered one of the most even outcomes.

However, coming to the match itself, there was little to cheer for apart from Luke Shaw scoring the fastest goal in a final ever and their opening 20 minutes burst of action. That was a period where England looked like adding another goal but it did not come.

Italy dominated the rest of the game and deservedly got their equalizer midway through the second half. The remainder of the match was played out more or less evenly before the whole dramatic saga of the penalty shootout unfolded. Fate was not so kind to the Three Lions as it had been in recent times at this stage, with a 3-2 shootout defeat sealing England’s fate. FootTheBall analyzes where it all went wrong for Gareth Southgate and co.

Southgate set his team up with a three-man defence of Walker, Maguire and Stones. This was only the second time in the tournament that this shape was used. Trippier came into the side in place of Saka as the right wing-back. Due to the fact that this back-line could become a five while defending meant that England were set up in a more compact manner.

Rice and Phillips do their job best, which is protecting the ball and breaking up attacks. Not creating scoring chances or banging in goals.

That position turned out to be entirely unsuitable for the Chelsea man, who was barely able to influence the game. How he managed to last 99 minutes was one of the most baffling decisions of Southgate. Foden’s absence at the last moment with an injury and Southgate’s indecisiveness with Sancho meant that Mount was forced to play in an unfamiliar position. Could Saka or Grealish have started along with Sterling and Kane in the front three?

The Arsenal youngster had shown glimpses of his talent already while Grealish is somebody who is always a willing attacker with the ball. All of these doubts went out the window the moment Shaw opened the scoring within two minutes from Trippier’s delightful cross.

The momentum was clearly with England after that as the two wing-backs were proving a nightmare for the Italian defence. However, their inability to find a second goal saw them slowly lose the upper hand as the Azzurri wrest back control of the midfield.

28 – Across the 2018 World Cup and EURO 2020 combined, Kieran Trippier has created more chances than any other defender (28). Overall, only Kevin De Bruyne (36) has created more than him between the two tournaments. Reliable. #ENG #EURO2020 pic.twitter.com/UM0aMtMyJ4

By halftime, the Three Lions were having to spend most of their time waiting for a mistake from the men in blue while depending on Sterling and Kane for their speed. After halftime, it got even worse with Southgate heavily reluctant to make changes. His counterpart on the other hand made two changes within ten minutes of the restart. England’s tactic of waiting for the right time to attack was clearly not working as Italy hogged the ball.

Federico Chiesa slowly grew into the game, causing havoc for the English every time he charged with the ball. Pickford was having a fine game in between the sticks, coming up with some good saves but it was evident that a goal was coming. It indeed came from a corner, with Mount failing to pick up Verratti, the shortest player on the pitch whose shot was bundled home on the rebound by Bonucci.

WHERE WERE THE SUBSTITUTES?

Southgate finally made a long overdue change but it was a curious one. Trippier was the man to make way for Saka. This was possibly done to contain the threat of Chiesa while offering more speed, but the Italian himself was subbed off soon after. Saka meanwhile failed to get in the game adequately with his notable highlight being on the end of an incredulous foul from Chiellini with the clock at 90+6 minutes.

The questions that arise, with Southgate seeing his team’s attacking threat diminish, where was Grealish? What was he doing on the bench till 10 minutes into extra-time? Could Sancho have replaced Sterling earlier in order to provide a new threat for the ageing centre-backs of Italy who were both on a booking? Southgate’s decisions with respect to changes has been puzzling throughout the tournament and last night was no exception.

With the pace of the game dropping significantly in extra-time, Southgate did have players like Rashford, Sancho, Bellingham in reserve. Could any of them be brought on to try and take the win in time? Did Southgate really want to risk going to a penalty shootout in England’s most pivotal game since 1966? Finally, the manager did bring on the two Manchester United attackers…in the 119th minute.

That is one minute for the players who went number three and four in the penalty shootout. Which brings us to the most contentious decision ever seen in an England game since Frank Lampard’s “no-goal” in 2010. Southgate has clarified since then that the choice of penalty takers were completely his selection. It was his order and the players he thought best based on training. Therefore, the buck stops with Southgate. Bypassing all his previous tactical decisions and changes, the order and personnel selected by the manager will incite debates for a long time.

First went Harry Kane, which can be made to make sense given the fact that Southgate wanted a scoring start. But the choice of the subsequent players was odd to say the least. Maguire went second, and even though he scored with a brilliant take, could his sudden nous at striking a football be kept for later? For all of Southgate’s mastery at reading the players, this was certainly a poor choice.

Southgate deserves all the criticism tonight, not the penalty takers. Stupid decision to start a Back 5, didn’t bring Grealish on in the WHOLE 90 minutes, questionable subs and awful penalty order. Game winnable in 90. We may never get here again and we will regret this for life.

Then came the trio of misses, and apart from Rashford’s, the other two were avoidable to an extent. With Sterling and Grealish held back, up stepped Sancho and Saka. Both missed. But more than that, it is the fact that Southgate even considered the pair, and especially Saka for the fifth one.

Since players did not get a choice in the order of takers, Saka quite likely did not expect to be in the top five. Southgate supporters will say that Saka could have refused but could he have really? Cast your mind back to the quarter-finals of the 2016 edition- Portugal against Poland.

Cristiano Ronaldo leadership skills are never in doubt. You need such leaders in big decisive matches. Joao Moutinho who didn't look confident to take a penalty in this match took one and scored after a pep talk from CR7. pic.twitter.com/4itvlyLxTh

Cristiano Ronaldo urged Joao Moutinho to take a penalty in the shootout, while the latter was reluctant. But Moutinho did take and scored. The only difference being the slight one that Saka made his international debut last month and Moutinho is Portugal’s second-highest appearances holder. Grealish’s statement today further strengthens the case of players having no choice.

Putting a 19-year-old in the line of fire in a shootout of a final is insane. This is not about how “courageous” or “brave” it was from the teenager- he was told to do a job. A position that he should never have found himself in, that will have a huge impact on his mental health for quite a long time.. Southgate had to do better and it seems he learned nothing from his own miss from 1996.

There is no doubt that Southgate has built up a fantastic young squad that has supreme potential for years to come. Most of the players are young and have been improving with every match. Southgate has already stated that he wants to lead the side in next year’s World Cup where England will once again start as one of the favourites. But will they get such a glorious chance once again?

"I don't want to outstay my welcome…but, I would want to take the team to Qatar"

Gareth Southgate says it's too soon to discuss his #ENG future but admits he'd like to lead the team into the 2022 World Cuppic.twitter.com/ApZtXQgIAv

An arguably easier path to the final, playing at Wembley (that is out already), and taking the lead in the final as well. Not since the heydays of the Dutch team in the 1970s and the Spanish team in 2008-2012 have a nation made consecutive finals. England will need to script even more history if they are to finally bring it home.