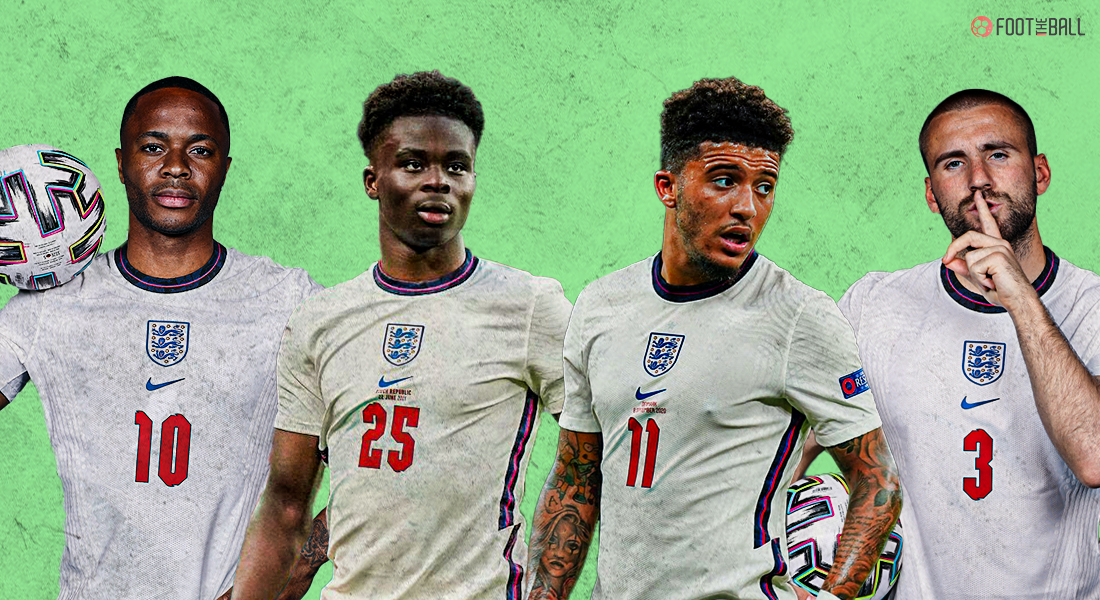 The postmortem is fully underway in England, after their penalty shootout loss to Italy in the final of Euro 2020. This one hurts for all the right reasons, for it was the chance to end so many long-held notions.

England’s first major trophy in 55 years, proving that Gareth Southgate was indeed the man, bringing home football for once, ending their penalty shootout hoodoo- all of that could have been vanquished last night. However, it was not to be and one particular aspect of the defeat has been generating raging debates: Southgate’s decision of penalty takers and their order.

WHAT WAS DONE AND SAID

The decision to send Bukayo Saka as the fifth taker, before the likes of Raheem Sterling, Jack Grealish, Luke Shaw, et al has baffled many. Grealish, in particular, has been targeted by pundits and observers for his apparent “reluctance” in taking a kick. Roy Keane was one of the leading voices in criticizing Grealish, and responding to the former Manchester United skipper, Grealish clarified that he “had wanted” to take a penalty.

That should come as no surprise to observers of his game at the tournament. Grealish had been hailed as one of the saviours of this English team, especially when the going got tough. His ability to influence games and cause opposing defences problems has been evident for a long time. It was his introduction that gave the Three Lions the much needed impetus to win against Germany while he also assisted Sterling’s goal against the Czech Republic.

Jack Grealish completed 5 passes in his 21 minutes vs. Germany, 2 of them in moves which lead to goals.

It is an easy argument to make that Grealish ducked out of his responsibility as a more senior player than Saka. The manager of a team has to ultimately make the decisions and he decides the names that have to go up. In light of that, some of the names were certainly more than surprising last night.

WHO SHOULD HAVE TAKEN

The Manchester City winger is one of the most experienced players in the squad and had a superb tournament. He ended up with three goals and one assist as well as winning the decisive penalty against Denmark in the semi-finals. Sterling did have an underwhelming campaign with the Cityzens but his quality at the international level cannot be disputed.

“For Saka to have the destiny of the country on his shoulder is too much.”

“Many times players that should be there run away from their responsibility.”

“Where was Sterling? John Stones? Where was Shaw?”

José Mourinho says he would not have put Saka on the 5th #ENG penalty. pic.twitter.com/gADJRhkHak

Certainly, it was considered a masterstroke by Southgate to stick with Sterling for the beginning of the tournament. When the going did get tough, surely he had to be in the top five takers.

As highlighted above, Grealish did want to take a penalty and this was entirely in keeping with his personality. One of the most confident players to play the game, Grealish’s immense faith in himself and in his skills has been earning rave reviews. Now that his desire is also known to the public, more questions will be asked as to why he was not allowed.

Was Southgate saving his experienced players for later on? Quite possibly. But to get to that stage, surely the senior pros of the squad had to be sent earlier.

Purely on his performances across this season for club and country. Shaw has turned himself into one of the top left-backs in the game, rightly praised for his workrate and tenacity. It was his goal that put England into a very early lead and took his goal contributions at Euro 2020 to four (three assists before).

Shaw has become an extremely well-rounded player who is not afraid to charge up and down the flank. There’s little to suggest that he would have denied taking one in this crunch shootout after his recent heroics.

WHO SHOULD HAVE NOT TAKEN

The hardest to swallow decision of the whole exercise. Saka’s choice at number five was as shocking as it was head-scratching. All of 19-years-old and having only made his debut before the Euros began, Saka was a certified newcomer to international football. Furthermore, he had not taken a penalty at the senior club level either.

Taking and scoring penalties in training is one thing but having to score the fifth kick in a final shootout is quite another. It is certainly not the youngster’s fault that he was chosen but one has to question the thought process that went behind this.

The Borussia Dortmund midfielder has had to endure a frustrating time on the bench for most of England’s games. Having started only one match coming into the final, Sancho was brought on in the 119th minute. It was quite clear that his sole purpose would be to be one of the penalty takers but should he have been in the top five?

Southgate has barely given Rashford or Sancho a minute in this tournament. Either you have faith in them or you don’t. To overlook them for weeks and then expect them to show up as your first choice penalty takers, when barely giving them a touch, is unfair. Poor management.

There is no doubt that he is a world-class talent at this precocious age and is a powerhouse of talent. However, rustiness gets to the best players in the game and having just one minute to acclimatize with the game is not enough. Even though he certainly would have made the list, sending him early on was a mistake. Shaw should have got this place.

Yes, he had the most impressive shot of the contest and broke a camera, which makes this even more frustrating. If the defender was such an asset, why expose him so early? Starting with Harry Kane was still understandable in that Southgate wanted to lead from the front. However, Maguire should have been held back if he is indeed so adept at striking a ball.

Not today, not tomorrow… but in a few days time we all need to sit down and have a chat about Harry Maguire's penalty. That second camera angle 💥 pic.twitter.com/MR1cCosWrU

Rashford should have gone second, given that he was also a last-minute addition to the team. Still, he has taken a considerably higher number of penalties than Sancho which makes this a no-brainer. If Maguire went fifth, and provided he stuck with the strike that he made, who knows what might have happened in sudden death.

No matter how one tries to cut it, a large chunk of the blame falls at Southgate’s feet. Drawing up the list was his duty and putting two rank youngsters at number four and five is startling. Rashford’s miss is the only one that can be excused, given how distinguishingly he has carried himself for club and country. The names before and after certainly would require some explaining from the manager.