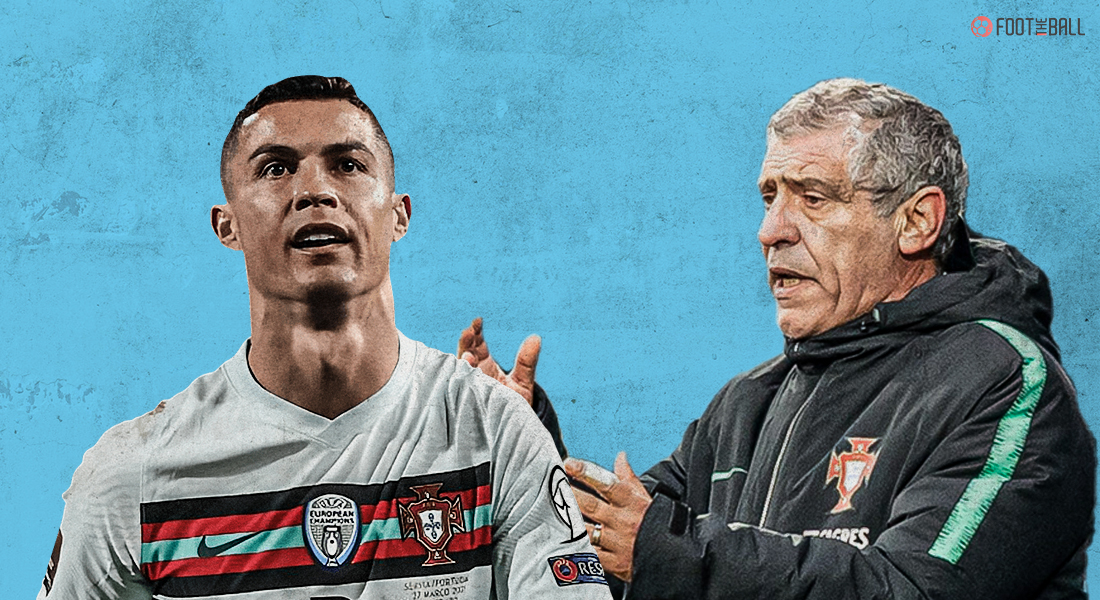 The current defending champions Portugal are no longer the tournament dark horses but have transformed themselves into certified favourites. Since lifting the Euro Championship in 2016, the A Selecao squad has grown in strength.

After a miserable World Cup campaign in 2018, where they crawled through the group stage before being knocked out by Uruguay in the Round of 16  the team has gone on to win the inaugural UEFA Nations League in 2019 and placed second in their qualification to the Euro Finals.

It’s beyond criminal to not highlight the depth in the current Portugal squad. With record Goal scorer Cristiano Ronaldo leading the side supported by a talent pool of Bruno Fernanes, Diogo Jota, Bernado Silva, Joao Felix and more, the team can dream of pushing far in the tournament this summer.

WHO IS PORTUGAL’S MANAGER

A relatively unknown, when appointed in 2014, Portugal’s current boss Fernando Santos orchestrated their biggest ever victory in 2016 when his side beat France in the Final of the Euro Championship. Despite recording just one win in 90 minutes during the tournament, Santo’s pragmatic approach carved out Portugal’s unprecedented glory in the summer of 2016.

The former Greece boss has had stints managing in his native Portugal with Benfica and Sporting and has also managed in the Super League Greece, with PAOK and AEK Athens. Since his appointment in 2014, the Portugal boss has gradually faded out an ageing squad and has brought in a wealth of talented youngsters. Handing out debuts to Joao Felix, Renato Sanches, Reuben Neves, Joao Cancelo etc.

🤔 In your Portugal squad for #EURO2020❓ pic.twitter.com/SbTPgEVmx3

With a wealth of talented midfielders, Fernando Santos will have an icicle piercing headache. The Portugal boss has shuffled and experimented over the course of the qualifications. With the likes of Bruno Fernades lighting up the Premier League in his first full season, much will depend on getting the best out of the creative midfielder to supplement the forward line.

Even at 36 Cristiano Ronaldo remains the talisman of this squad. When backed against the wall, you want the Juventus forward with you in the trenches. Portugal’s record goalscorer with 103 goals, was the second-highest scorer during the qualifiers, only behind Harry Kane.

16 – Cristiano Ronaldo has scored 16 goals for Portugal in the Euros and World Cups, the most among all Portuguese players in those major competitions ever. Legendary. pic.twitter.com/L6wMGfZVxB

It’s no secret Ronaldo is the complete forward, possessing great aerial ability, freekick technique and two strong feet. Wearing the captain’s armband, Ronaldo knows a thing or two about leading from the front This is certainly his last Euro Championship and maybe even the last major tournament. The Portugal forward will be looking to govern this young dynamic and talented squad towards defending their title.

Current Atletico Madrid forward Joao Felix broke onto the scene with some breathtaking displays for Benfica. Despite falling under the radar compared to his peers like Mbappe and Halland, the Portuguese youngster is the complete package.

Having being crowned the Golden Boy in 2019, Atletico Madrid smashed their transfer record to sign him for 126 million euros. Felix is the second most expensive teenager after Mbappe.

Felix is a versatile forward and is capable of playing anywhere across the front three. In the absence of Ronaldo he has slotted in as the main striker, but shifts to the wing when playing alongside him.

Portugal will enter the tournament as defending champions. Since 2000 they have failed only once to reach the semifinals of the tournament. Often labelled as the tournament dark horses, Portugal have cracked the formula to win tournaments after following up their Euro 2016 title by winning the inaugural UEFA Nations League Title.

FootTheBall ranks them favourites to reach the finals if they can get past the group of the death, which they should ahead of Germany. A lot will depend on how Ronaldo inspires this squad.