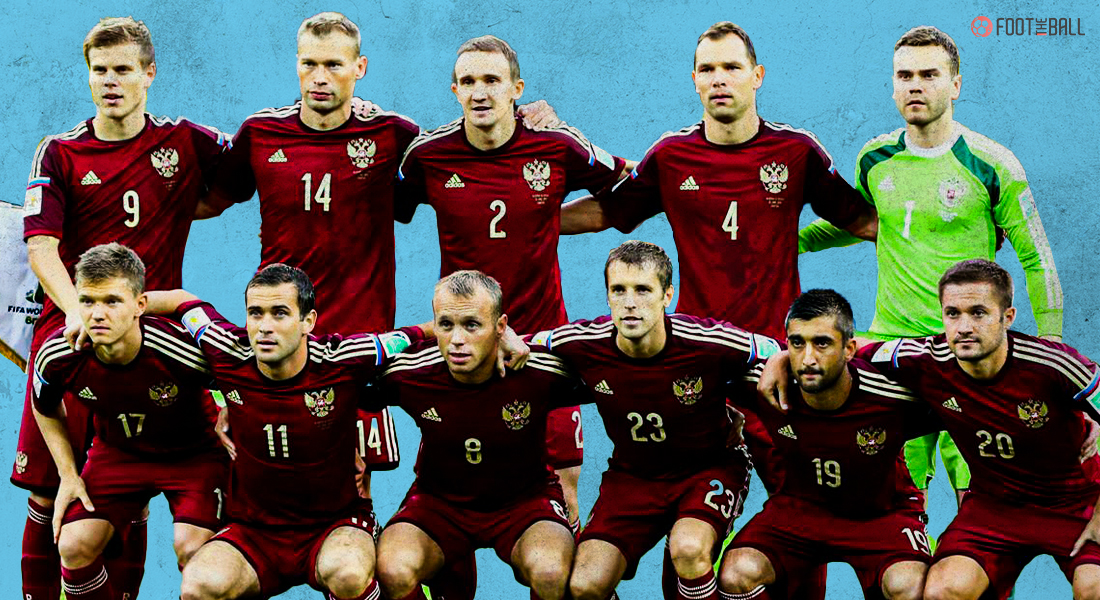 With a big summer of football just over a month away the Russian football team is slowly beginning to take shape. Manager Stanislav Cherchesov recently named a 28 team squad for the March World Cup qualifiers.

Russia who were the hosts of the 2018 FIFA World Cup had a strong finish in the last tournament, going on to achieve their best finish at a World Cup. The hosts beat Spain in the R-16 before going out to runners up Croatia.

The Russian squad has grown from strength to strength over the years since their debut in 1996 the Russians have only failed to qualify once for the Euros. The team finished 3rd in 2008 which was their best achievement.

WHO IS RUSSIA’S MANAGER

Stanislav Cherchesov took over the Russian football team in 2016 after the Euro tournament. He led Russia to their best World Cup finish after reaching the quarterfinal, beating 2010 champions Spain in the R-16.

Cherchesov became the second Russian manager to lead his team to the knockout stages of the tournament since the collapse of the USSR. Dutchman Guss Hiddink was the first to achieve this feat when he led Russia to the semifinals of Euro 2008.

The 57-year-old has predominantly managed in Russia with Dynamo Moscow, Spartak Moscow Terek Grozny etc. In 2015 he became the manager of Polish side Legia Warsaw and led them to the double in his first season winning the League and the Cup.

As a player, he was a goalkeeper and represented Russia 39 times. He won the league four times when it was the Soviet Top League and was also adjudged the best goalkeeper thrice.

Russia have managed to reserve their core fulcrum of players since the 2018 FIFA World Cup. Their selection for the March World Cup qualifiers included a strong and selection of experience and youthful exuberance. Yuri Zhirko won his 102nd cap against Slovenia. Captain Artem Dzuyba has scored 29 goals for his country, 1 shy of the record held by Aleksandr Kerzhakov who retired in 2016.

Aleksandr Golovkin, the attacking midfielder currently plying his trade at Monaco, is Russia’s best player.His creativity and technical ability allow him to provide key passes in the final third. The midfielder is quick and his strong with both feet which allows him to drive past defences and go, either way, making him a nightmare to defend against.

The Monaco talisman has made 36 appearances for his country scoring 5 goals including the opening game of the 2018 World Cup against Saudi Arabia. In February 2021 he scored a hattrick against Nimes, becoming the first Russian to do so in Ligue 1.

Leon Musaev is one of the most talented players coming from the Russian football scene. The 22-year-old who plays for Zenit Saint Petersburg is a technically smart and gifted defensive midfielder with the ability to hold the ball and dictate play.

This up and rising player caught the eye of Zenit’s manager Sergei Semak two years ago. The coaching staff eventually picked him and he was allocated a lot of playing time for a footballer even playing a Premier Cup match.

Drawn alongside tournament favourites Belgium, Finland and Denmark, Russia will be hoping to break their group stage jinx. The team can take inspiration from their strong showing in the 2018 World Cup. A lot will depend on star players Golovkin, Cheryshev, Dzuyba to drive this Russian team forward.

FootTheBall ranks them as tournament minnows and predicts a group stage exit.