Switzerland known for its fair chocolate and cheese is not so well known for its Football. They have made it to the quarter-finals of the FIFA World Cup finals three times but that was all in the mid-’20s.

Although they might have produced many fine talents like Xherdan SHaqiri and Granit Xhaka, they have not been able to produce enough quality to challenge the bigger teams in Europe nor the World.

However, they are shaping up to be tricky competitors like they did in the inaugural Nations League match. England was dragged to a penalty shootout by the Swiss in the semi-final of the tournament. They will try and improve on their run in the Nations League as the Euro 2021 approaches.

WHO IS SWITZERLAND’S HEAD COACH?

Vladimir Petkovic has been the man at the helm for seven years now. The 57-year-old started his managerial career only in 1997 and has been in charge of Young Boys and Lazio before he took the call to manage the National Team. 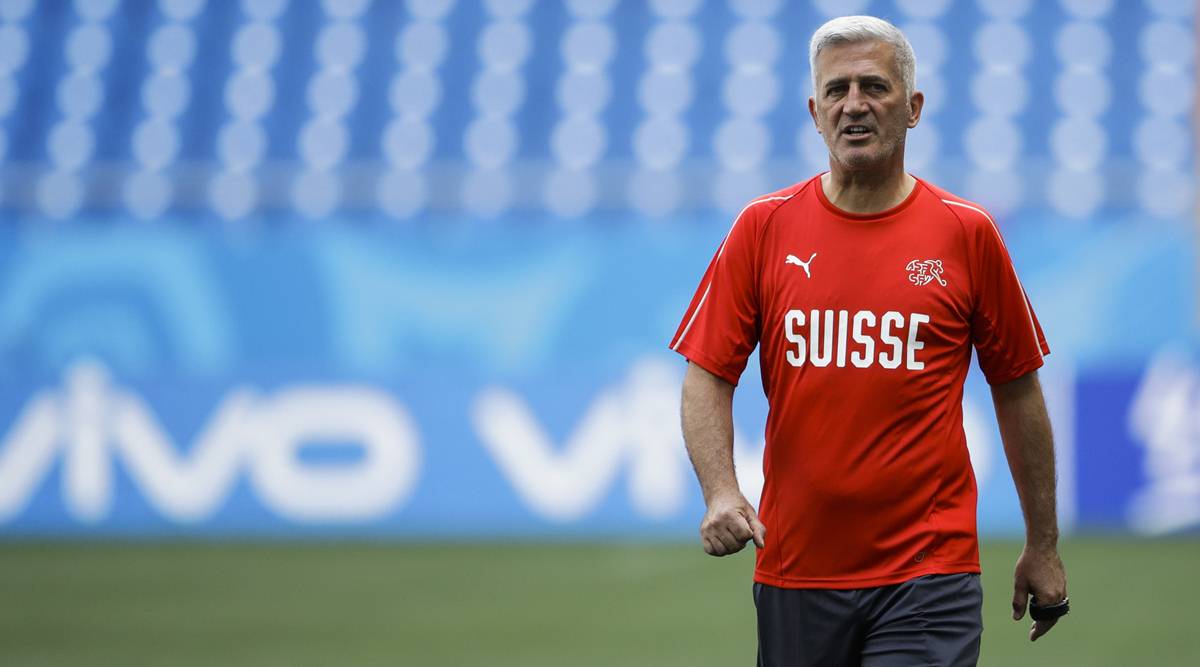 The ex-midfielder has guided the national team to the Round of 16 in Euro 2016 and the FIFA World Cup in 2018. This was their best run in an international competition for a long time. His prolonged stay with the national team has helped him identify the talents that would suit the team. We can expect a decent run from the team in Euro 2021 under his guidance.

Gregor Kobel, the 23-year-old goalkeeper who plays for Bundesliga side Stuggart may warrant a call up to the national side. Fabian Schar from Newcastle United is a notable absentee.

The Centre-back is out due to injury and is not likely to make it back into the squad. Albian Ajeti, the Celtic Striker, has not been a name in the squad but may make his way into the team sheet as a result of the increase in squad size. Michael Lang and Pajtim Kasami are the other two players who could be called up again.

The Rossocrociati are not short of talents, but their most important player has to be their captain Granit Xhaka. The holding midfielder is very good at retaining the ball and is an important part of the build-up play for both the national side and Arsenal. Although this 28-year-old is capable of making some of the most ravishing displays, he is equally hideous in his actions.

A good passer of the ball and an equally good dead-ball specialist, Xhaka will be the driving force in Midfield. With the likes of Xherdan Shaqiri and Seferovic in front of him, the captain should be able to start good counter-attacking chances. He has been doing well for his national team, more than he has been for the Gunners and will look to keep it going.

Ruben Estephan Vargas Martinez is one of the youngest names in the team as is also one of their most exciting players. At just 22 years of age, the young winger has already made a name for himself in the national roaster. In his 37 shots for Bundesliga side FC Augsburg, he has scored six goals. He has grown to the role in his new club and is slowly becoming a fan favourite.

“In Ruben Vargas, we’ve succeeded in signing a big Swiss talent, whom other European clubs were also interested in signing,” said sporting director Stefan Reuter. “Ruben developed brilliantly in Luzern and is now ready to take the next step. We’re certain that he will greatly strengthen our squad.”

Although the right-footed winger is more suited to the left flank, he is adept at playing in any position across the front-line. He has played as a striker and as a right-winger. The young Swiss has twelve goals in 61 appearances in the Bundesliga and two in his nine matches for the Switzerland senior team.

Switzerland’s record at the European Competition is worse than their FIFA World Cup achievements. From 1964 to 1992, the Swiss were not able to qualify for the tournament even once. Since 1996, they have qualified five times, including the 2021 Euro.

Their best finish in the competition was a Round of 16 exit against Poland in 2016. Of the 13 matches they played in the competition so far, they have won just two games. Their most notable performance in 2016 was a goalless draw against France in the Group stage to earn them the ticket to the Knockout rounds.

It would be unrealistic to assume Switzerland would make a huge impact in this year’s competition. Especially with all the big boys eager to lay their hands on the trophy. They form Group A with Italy, Turkey and Wales. Considering the ability of the squad they should be able to clinch a spot to reach the knockout stages.

They are perceived to be better than Wales and on equal grounds as Turkey. Italy will be the unquestionable favourites of the group, but the Italians do not have a great tournament history. They will face Wales in their first match on June 12.

FootTheBall predicts that Switzerland may emerge out of the group as the second-best team. They will have to ride their luck and hope not to face the bigger teams in the Round of 16. The most likely being a quarter-final exit.