SCOTLAND RETURN TO THE GRAND STAGE 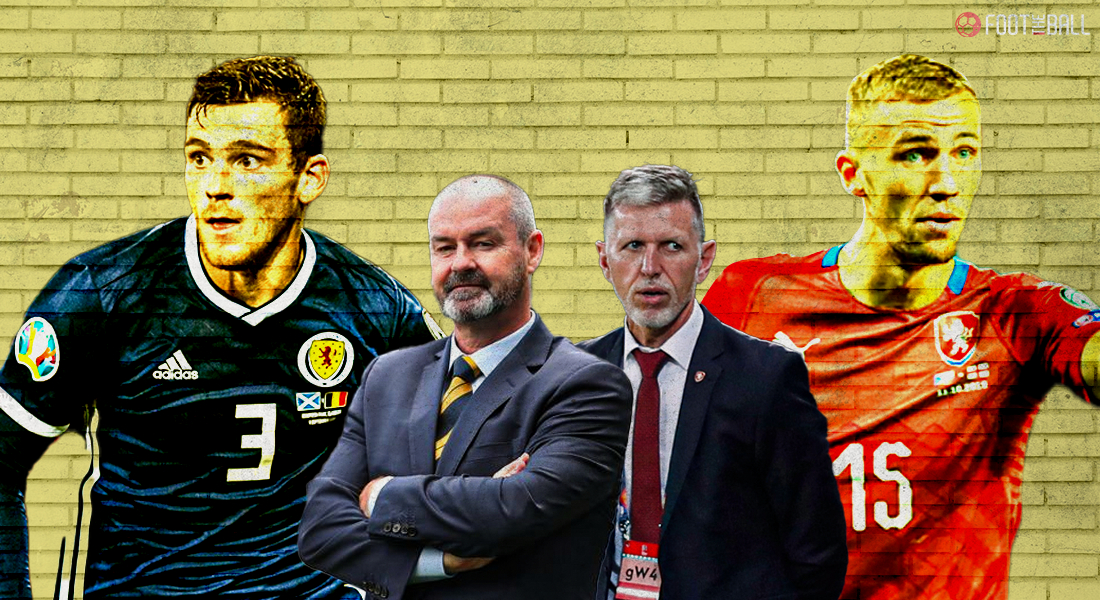 New heroes are going to emerge at Hampden Park on Monday when Scotland takes on the Czech Republic on Monday. The new generation led by Steve Clarke and Andy Robertson have guided the Scots to their first major tournament in 23 years. The Tartan Army would get to cheer for their side on Europe’s biggest stage again. The Czech Republic looks to spoil the party in their Group-D opener.

Scotland were fortunate to get a second crack at the Euro qualification after they were put in a tough qualifying group. The Nations League play-off was a god-sent chance to clinch qualification. They beat Isreal in the semis on penalties and repeated the same heroics in the finals to triumph over Serbia and seal a first major tournament after the 1998 World Cup.

Ever since that qualification, they have been in sound form. They find themselves pitted against eternal foes England in Group-D. They’d like to seal a win against the Czech before a grudge match against England at Wembley.

Jaroslav Silhavy’s Czech Republic have improved massively to get a spot at the Euros. They made it out of an easy Euro qualifying behind leaders England. Though they are not the same formidable force in the late 90s the Czechs still possess some dynamic players amongst their ranks. Players like Tomas Soucek and Vladimir Coufal have succeeded in the Premier League and represent their best chances at the tournament. They can make it out of the group as runner-ups or the lucky losers.

Scotland have only one injury concern in their squad. Billy Gilmour suffered a head injury in the final friendly before the Euros which might worry Steve Clarke. He has an otherwise fully fit squad to choose from.
Clarke prefers an adventurous three at the back approach. The backline is complemented by a strong working five-man midfield with flying full-backs and a strike duo on top.

It’s the talk of the nation…

Silhavy uses a more straightforward approach. Since he has no injury concerns he can field his best eleven. He uses attacking full-backs in a four-man backline that’s protected by a pivot in midfield. Three attacking mids top them above whom a lone striker operates trying to make runs in behind.

📸 Back to work! Czech national team trained in Prague on Thursday morning as the #EURO2020 preparation continues. #CZE pic.twitter.com/8PxXKEyIW0

The midfield dynamo has been in the form of his life heading into the Euros. He scored seven goals in their qualifying process and holds their fortunes. McGinn is the main creative presence in their workman-like midfield. McGinn also contributes massively to their defensive cause as he makes crucial interceptions to kickstart attacks.

The Czech Republic’s midfield pivot must be alert to prevent McGinn from dictating the game.

The towering midfielder has been the best box-to-box midfielder in the Premier League this time. His 10 goals and key defensive contributions have helped West Ham United get European places. If he can translate that form into the Euros the Czech are in for a thrilling ride.

Scotland’s centre-backs have an impossible task of marking Soucek at set-pieces. Midfield battle will decide the fate of this clash.

Scotland goes into the game as a team in form. They have a well-rounded squad and have the home advantage at Hampden Park. A win would certainly raise their confidence before the grudge clash against England.

The Czech Republic must take inspiration from heroes of the past to put a respectable showing at the Euros. They can fancy their chances in the group if they get off a flyer this time.

FootTheBall expects this game to be an entertaining end-to-end affair. Midfield battle and strikers are gonna play an important role in the fixture. We expect Scotland to win the clash late in the game. Scotland 2-1 Czech Republic.