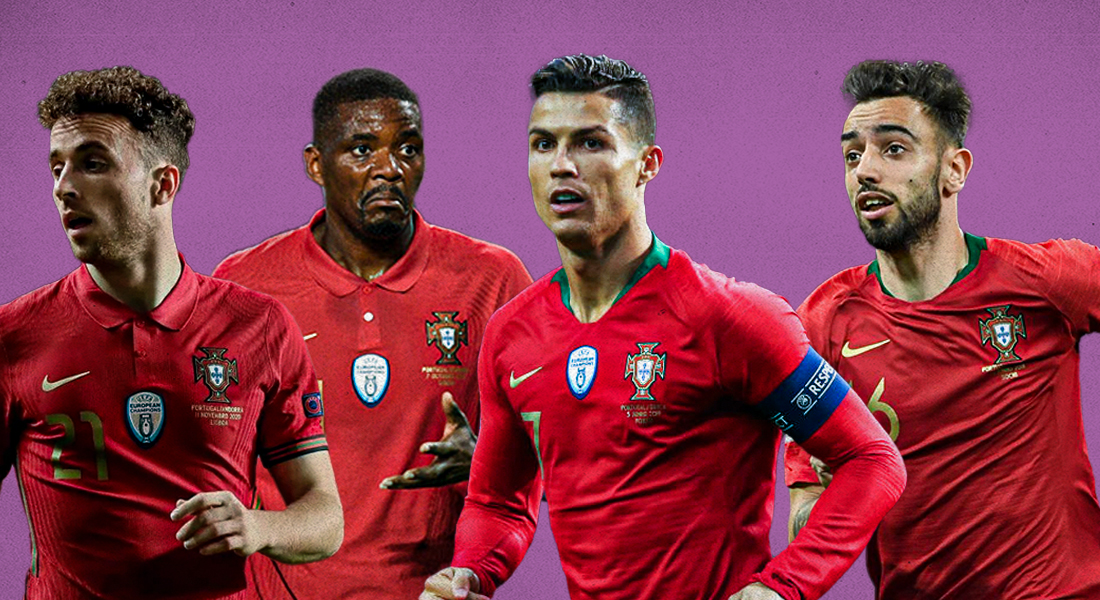 Portugal head into this summer’s European Championships in supreme confidence. Fernando Santos’ team won their first major international trophy at the last edition of the tournament. They followed that win by winning the maiden UEFA Nations League in 2019.

On the back of those victories, the Selecao have reasons to believe they could win it once more. Their squad has been further bolstered by the additions of breakout players in almost every major position. Given the fact that they are one of the favourites, FootTheBall looks at the strengths and weaknesses of this team before the Euros kick-off.

Portugal have one of the most in-form and scary forward line. Led by national icon Cristiano Ronaldo, who just scored 29 goals in Serie A at the age of 36, Santos has an array of options to choose from. Andre Silva (28 goals, five assists), Joao Felix (seven goals, five assists) and Diogo Jota (nine goals) will all by vying for starting roles alongside their captain.

Furthermore, their options behind the main attackers are not too shabby either. Bernardo Silva, Renato Sances, Ruben Neves, Danilo Pereira, Joao Moutinho and others will be the supporting cast tasked with linking up the play. All of these players have had solid league campaigns and are gunning for more glory.

24 goals and 16 assists in all competitions saw Fernandes quickly establish himself as one of the best midfielders in the game right now. The Red Devil broke the record of most goal contributions by a midfielder in the Premier League and inspired Manchester United to second place in the league.

Fernandes has become a fan favourite at Old Trafford over his two seasons. His mastery over set-pieces will also provide Portugal with another option for scoring. Fernandes will be one of the first names on the team sheet, slotting in right behind the front three. Being eminently capable of the extraordinary and pinpoint delivery from all angles, he will be the key driver of any Portugal momentum.

The defending champions have several trophy-winning members in their backline. Ruben Dias and Joao Cancelo won the domestic double of league and Carabao Cup with Manchester City. Dias was also named the Football Writers’ Association and Premier League Player of the Year. 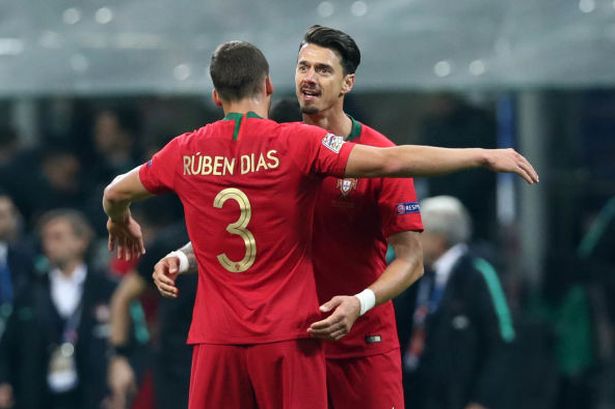 Outside of England, there were winners across the board. Jose Fonte captained the Lille side that won the Ligue 1 after 10 years. Raphael Guerreiro and Borussia Dortmund lifted the DFB Pokal while Nuno Mendes was an ever-present in Sporting CP’s championship campaign. Together with all of them is, of course, Pepe. Porto’s captain is the defensive leader, expert at tackles and going hard regardless of the situation, traits which have made him an ever-present in the national setup.

Though they have winning defensive talents, the lack of cover could pose a concern. Given the short turnaround time from the league campaigns, injuries can be in the offing for nations. Two out of Portugal’s three centre backs are 37 and 38 years-of-age respectively. They will not fancy a footrace with some of the runners that are in the tournament.

Right-back Nelson Semedo who is expected to deputize for Cancelo has not had a great season with Wolves while left flank deputy Mendes has only five caps to his name. Though they are relying on their attack to win matches, their defence will have to weather a lot of pacey attacks from very early on because…

Portugal are in Group F alongside 2018 World Cup winners France, 2014 World Cup winners Germany and Hungary. They surely have the toughest competition in terms of making it to the knockout stages. Though there will be four ‘lucky losers’ (teams finishing 3rd) who will also move on, Santos will be keen to avoid a tough draw.

It doesn't get much tougher for Hungary! 😱

Facing France and Germany, two nations who have some of the quickest players in the game including Kylian Mbappe, Serge Gnabry, Leroy Sane, Kai Havertz, Antoine Griezman, the Selecao’s ageing centre-backs might have too much on their plate. Santos and co. have the necessary offensive tools at their disposal to make a solid run but their group matches will be the toughest test of that.

The team will be bidding to add another title to their cabinet, and they have only suffered a single defeat over their past 10 games. This Euro will most certainly be the last of Ronaldo’s long and storied career, with his hunger to win having only increased. Moreover, if they do make it into the quarter-finals, very few will be betting against them at that stage.