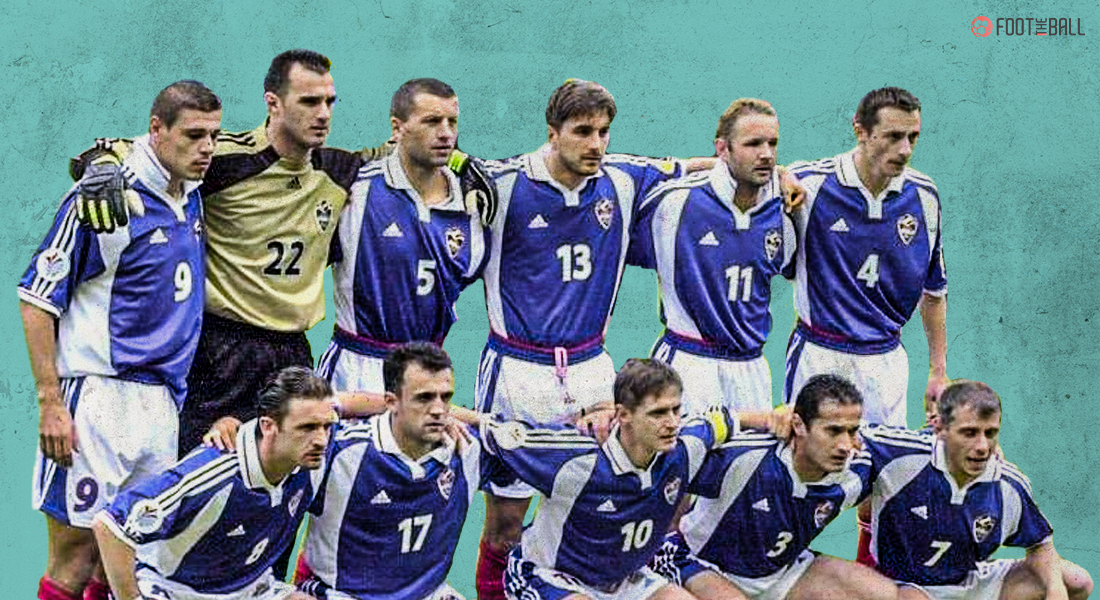 “I don’t know if God is a sports fan, but he sure likes a comeback”. This is a quote by Lane Kiffin an American Football coach at the University of Mississippi.. We have been lucky to witness some magical comebacks at the Euro over the years. As you heed thought to it, you might at once rubbish it. However, we all take the almighty’s name in whatever shape, form or incarnation when our team is down in the trenches of a football game. As believers, you think how cruel can the Gods be, to meddle with things just for their own amusement, however as sporting realists you push your team to believe in the unthinkable, the stadium thunder, the manger in your ears, the players feet pushing them the extra mile, this is what football comebacks are all about.

The miracle of  Istanbul, or the Fergie time madness, FootTheBall takes a look at the 10 greatest comebacks in the history of the Euro Championships.

The 1960 Euro semifinal got off to a cracker of a start. France led 2-1 and went into half time 4-2 ahead. The score remained the same till the 75th minute. With a quarter of an hour to go, the game turned on its head. Three quickfire goals from Yugoslavia brought about the greatest matches of the inaugural tournament.

Another game involving Yugoslavia. After trailing by two goals inside the first hour itself, the defending champions title was on the line. The Germans rallied from behind to score four goals, thanks to a hat-trick from substitute Dieter Muller.

The game ended at 0-0 after 90 minutes. France took an early lead in extra time only for Portugal to score twice. The comeback looked to be sealed, but the French staged their own. France captain Micheal Platini led from the front by setting up the equaliser before firing a 119th winner.

Slovenia led 3-0 with 30 minutes to go. Yugoslavia were further paralysed after Sinisa Mihajlovic was sent off for pushing Slovenia forward Saso Udovic. When you’re backed up against a wall, the only option is to use the wall’s support to come back swinging. And that’s exactly what Slovenia did. Goals in the 67th 70th and 73rd minute rode them back to salvage a memorable draw.

England looked to stamp their authority early into the game, Paul Scholes and Steve McManaman fired England to a 2-0 lead inside 18 minutes. The celebration was short-lived, Luis Figo and Joao Pinto responded and sent Portugal equal at half time. Plagued by injuries to Owen and Mcmanaman, Nuno Gomes completed the turn around for Portugal after a sublime pass from Rui Costa.

La Roja looked dead and buried and were heading out of the tournament. The game against Yugoslavia was a must-win game. The Spaniards trailed 3-2 as the game entered added time. What happened next is stuff that goes down in folklore. Gaizka Mendieta’s penalty drew them level before Alfonso Perez delivered the knockout blow.

While the scoreline might not look unimaginable, we have decided to use it because it was the occasion of a Final. Having won the World Cup two years ago the French were favourites to win the tournament. The Italians took an early lead in the 2nd half after Delvecchio scored. The French team boasting of Zidane, Vierra and Henry depended on substitute Wiltord, who scored an equaliser to send the game into extra time. The golden ball rule was applied at Euro 2020. Just before half time, David Trezeguet fired an outrageous strike past the Italian keeper Francesco Toldo.

The deceiving 2-0 cushion yet again. Dick Advocaat’s Dutch team took an early 2-0 lead inside 19 minutes. The Czech equalised through Milan Baros before John Heitinga made it 2-2. With 2 minutes left on the clock, Vladimir Smicer finished off the game.

Turkey were 2-1 down and were in need of a saviour. Up stepped their captain Nihat Kahveci who levelled in the 87th minute and stormed to score the winner with a minute left on the clock. Turkey’s late and smash grab is seen as one of the greatest comebacks in Euro history.

The Turks pulled off another comeback in the quarterfinal of Euro 2008.

It was a very cagey affair and there were no goals until 29 minutes of extra time when Ivan Klasanic put the Croats 1-0 up and on course to the semifinal. Luck favours the brave and the Turks wrote their own script. Turkey was awarded a freekick, controversially the referee disallowed Croatia from making a substitution. The Turkey goalkeeper Rustu Recber took a long freekick to find Semih Senturk on the edge of the area who slotted the goal into the top corner to send the game into extra time. The Turks emerged victorious scoring the first three of their penalties to win 3-1. Turkey were the king of comebacks at Euro 2008.