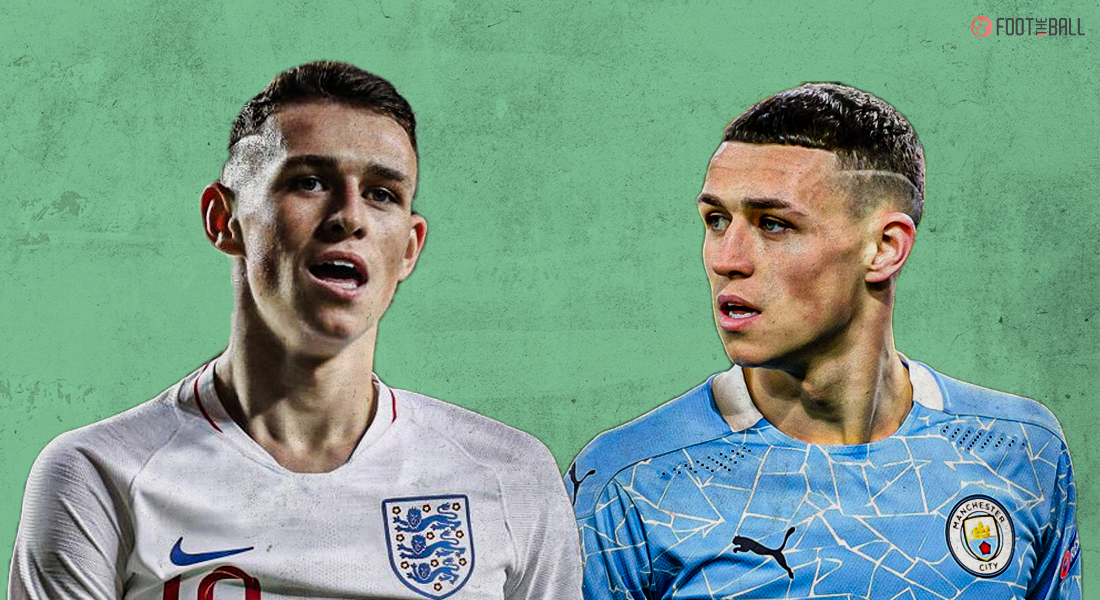 The Manchester born lifelong Manchester City fan,Phil Foden,his dedication to the club can not be put under the microscope but for England he still has a lot left to prove.

There has been much debate about the way Guardiola is handling the 20-year-old since his debut in November 2017. As former academy team-mate Jadon Sancho saw his fortunes turn from being a rotational player to a world-class talent after leaving for Borussia Dortmund, it appeared Foden was being left behind. But, rather than leaving permanently or on loan as many suggested, Foden stayed put, right where he was.

WHAT DOES PEP GUARDIOLA HAVE TO SAY ABOUT PHIL FODEN?

Guardiola in a press conference, said “He has everything to become one of the best players. I have said many times in press conferences, but maybe not said it in front of him, Phil is the most, most, most talented player I have ever seen in my career as a manager.”

“His only problem is sometimes his manager doesn’t put him in the starting XI. He deserves all the minutes, but as well you know in which team he’s playing, there are competitive players. It’s not easy. But he is open minded, he works incredibly hard [in] every training session and he knows how I perceive him.”

“He knows completely that I am here to help him as much as possible to become what he is and I am pretty sure both of us will get there.”

It is very obvious that Pep holds him in really high regard and the duo of Foden and De Bruyne could really inspire City to their first Champions League title ever. Foden has played 25 games this season, scoring 7 goals and assisting 5, he has looked so confident and progressive with the ball at times that Pep calling him ‘the most talented’ player seen by him actually makes sense considering Pep has coached talents like Messi, Lewandowski, Iniesta and Xavi.

WHAT DOES GARETH SOUTHGATE HAVE TO SAY ABOUT FODEN?

In September last year, Foden breached Covid regulations by breaking the bubble and was forced to miss the England games during the international break.

Following the incident, Southgate addressed the media saying “I’m really pleased for him and his family. To have the experience he had in September was really tough for a youngster. We all make mistakes. It was a difficult situation to be in. You’re walking back through the door and looking at everyone’s faces and you know the last time you saw them it was complicated.”

“It took him a few days I think to settle into the camp and start to smile a bit more and relax a bit more. We know what he’s capable of doing. He’s one of a few that are going to be very exciting over the next few years for England.”

With the fight for a midfield spot as fierce as ever with young exciting prospects like Mount, Maddison, Grealish, Barkley etc. all fighting for a spot in the midfield for the Euros, its going to be a difficult end of the season for Foden to not pick up any injuries and to maintain his form but he really could be the difference maker for England that might inspire them to the Euro 2020 title this summer.

Earlier on it was @PhilFoden, now @masonmount_10. The future of @England is very bright. So many classy young footballers. Great to see.

Phil Foden might be the perfect replacement for David Silva and with uplifted fitness levels he might turn out to be the go to player for both Manchester City and England. With his game sense and technical quality being one of the best amongst his peers, his mental endurance would really be the main point of focus going forward in his career