HEY GAFFER?! LOOK AT ME 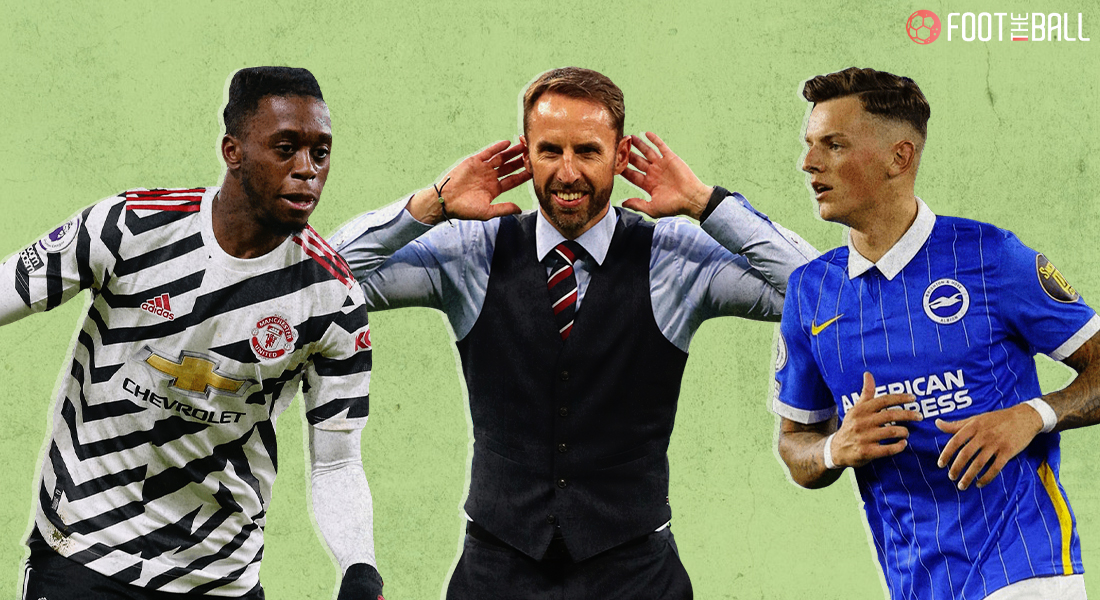 Euros 2020 are fast approaching and people around the world are selecting their favourites to pick the trophy up on the 11th of July.

England is one of the favourites for this tournament, they have built upon their World Cup success under Gareth Southgate. It was commendable to say the least as he guided a fairly young and inexperienced side to the semi finals in Russia.

England’ current crop contains some exceptional attacking talents in Raheem Sterling, Harry, Kane, Marcus Rashford ,Jadon Sancho ,Jack Grealish and many more. Except maybe Kane who already is a world-class player, all the others are still fairly young and can develop into world beaters. What a terrifying image, isn’t it?

Last night’s goal means @HKane has now netted in all 12 #ThreeLions qualification games he has played in since October 2017. pic.twitter.com/v7ZdRJ8Bha

England’s attacking depth is frankly insane. The likes of Callum Hudson Odoi, Phil Foden,Mason Greenwood, Bukayo Saka ,Ollie Watkins ,Noni Madueke all have a very bright future ahead of them and will surely go on to become vital for England over the years.

But they still have some gaping holes in their squads,  we believe that they can be solved by two players who have not been paid much attention by Gareth Southgate, which is slightly sad to see. We fail to understand how Gareth has overlooked Brighton’s Ben White and Manchester United’s Aaron Wan Bissaka for this England set up ahead of Euro 2020.

A PROBLEM OF DEPTH AND BALANCE

The two main gaping holes are in midfield and defence. Mainly for Declan Rice ,Harry Maguire and the right back slot.

England would really be in serious trouble if either one of Rice and Maguire gets injured around or during Euro 2020 because it seems there is not an able replacement for the two in Southgate’s setup.

The lack of another destroyer who is good on the ball and will give this England team legs and rhythm in midfield alongside either Kalvin Philips or Henderson, much like Rice does.

Best of luck with your recovery, Dec! 👊 https://t.co/rFgiY0JQdN

And an aerially dominant  defender who can pass through the lines with ease, much like Maguire does. The lack of depth for those two should be a serious cause of concern for the England manager, and the players liked by Southgate to fill in those roles are not really convincing.

The right back slot is a precarious topic of discussion for any England fan. England are so so well stacked in this position in fact they don’t know what to do and the balance just doesn’t seem to be right. Players like Trent Alexander-Arnold, Reece James, Kyle Walker and Keiran Trippier, seem to be the ones that Southgate prefers.

Trent’s defensive frailties were recently exposed by Vinicius Jr. in the Champions League, it is hard to look past the fact that he has still been one of the best right-backs in the world over the last couple of seasons.

Do you really think the likes of Mbappe, Gnabry, Sane and Ronaldo would not have a field day running at Trent?

Then there is also the issue of the system Gareth might use, because Trent really is not effective at all as wingback with a back 3 or in a back 5 and his beautiful delivery becomes inconsequential.

Reece James, Kyle Walker and Trippier are much suited to such a system but James’ lack of experience playing in the Premier League itself is very limited, not to mention how few minutes he has racked up since returning from Wigan to Chelsea.

First game of the season. First Premier League goal for Chelsea!!🚀🚀New season let’s get it💙🙏🏽 pic.twitter.com/JYL2K5eOvQ

Nonetheless James is a very able defender ,who can attack with ease and dominate the flank. He should definitely be in the England squad for the Euros if he is fit.

Walker and Trippier on the other hand are two of Southgate’s most trusted right-backs. Walker who has been extremely consistent this season can even play in back 3 or 5, which makes him a very useful player in this England setup.

Trippier who was Southgate’s secret weapon at the World Cup has been exceptional this season. On the other hand he also recently returned after serving a ban by the FA over breaches of betting rules.

It is also known Gareth Southgate tends to take strict action against players who do not have a clean image and maintain a certain decorum, as he says it acts as a distraction that can be avoided.

The two players that we have identified might just be the perfect solution to these problems.

Tough one to take last night. My only focus is on putting things right on Saturday. pic.twitter.com/hFxzuIQwgW

Brighton’s Ben White and Manchester United’s Aaron Wan Bissaka. Even though they have been having contrasting seasons their quality is quite clear to see.

We like our sheets clean 🧼 nice one from the lads tonight 🕸 pic.twitter.com/RdG16vxlHH

HOW DO WHITE AND WAN BISSAKA FIT IN THIS ENGLAND SETUP? SHOULD THEY BE CALLED UP FOR EURO 2020?

Ben White who was arguably one the best defenders in the Championship in 2019/20. In fact he was  essential to Marcelo Bielsa’s Leeds title winning campaign, which secured them a place in the Premier League.

White’s tutelage under Bielsa reaped many rewards for the young defender he emerged as a supremely press resistant defender with exquisite passing, this skill set meant El Loco could even use him in midfield as a deep lying playmaker and destroyer which is exactly what he did.

🙌 After his performance against Luton on Saturday, Ben White has been named in the EFL Team of the Week pic.twitter.com/bWBjV0vzHL

This season Ben White has been turning out for his parent club Brighton, who have really struggled to get the results their flute play deserves.

But White has looked peerless whenever he has played and whatever role he has filled in in defence under Graham Potter this season. Potter also recognizes White’s unique skill set and has often used him as the deepest screening midfielder too. The young defender has not looked out of place one bit in any role in Potter’s setup in the Premier League this season.

👇 The gaffer on last night.

He could seamlessly fit in the Rice role, and would arguably not miss a step. His skill set should have Gareth Southgate’s mouth watering. White who can easily spread play much like Rice due to his expansive passing and his exceptional reading of the game makes him a defensive powerhouse specially in midfield.

His passing range and defensive output alone should be enough for the England manager to notice, but it is surprising to see that the Brighton man has not got a call up yet to the England senior squad specially ahead of  Euro 2020,as it would have been ideal to try out some untested players.

We also see White filling in with ease for Maguire in case the Red Devil’s captain is missing. White might not be as aerially dominant as Maguire but his passing range again makes him a good rotation option and certainly better than Mings. Mings who is not so used to playing in a back 3 or 5 could struggle but White who constantly plays in back 3 or 5 for his club is surely a better option.

Now comes the curious case of Aaron Wan Bissaka. The Manchester United full-back has always been an exceptional defender. In fact he is the most defensively astute full back in the Premier League arguably.

Not the result we wanted , team spirit🤞🏾 onto Wednesday 🕸 #AWB pic.twitter.com/ylji06yZ9P

Although he has been accused of being an attacking liability in the past, this season the defender of Congolese descent has also added an attacking dimension to his game. He has 4 goal involvements in 1200 minutes which is a decent return and a definite up tick in his performances is clearly visible.

He has also been playing in the Premier League for the last three seasons and has definitely established himself as one of the top right backs in the league.

England despite having such adventurous full-backs struggled to create any major opportunities in the World Cup from open play. Since then it’s not like their approach has changed much.

What is more troubling is that he is also being courted by the Congolese FA, who want Wan Bissaka to play for them instead of England. Southgate surely won’t want to miss out on Wan Bissaka completely.

Did you know that International career

Wan-Bissaka was born in England and is of Congolese descent.

Wan-Bissaka made a single appearance for DR Congo U20s in an 8–0 friendly loss to the England U17s on 7 October 2015. pic.twitter.com/0OpmNJ8pMz

That’s why we fail to understand as to why Gareth Southgate has not taken notice of Aaron Wan Bissaka, because surely he deserves a chance in the England squad ahead of the Euros.

Nonetheless both White and Wan Bissaka are young and have a very high ceiling it would be lovely to see them at Euro 2020 with England as they have so much to offer not just directly but the amount of balance they will bring to Southgate’s team.

We still hope they make it into Southgate’s England squad for Euro 2020, we hope Gareth is listening or even better reading this article.