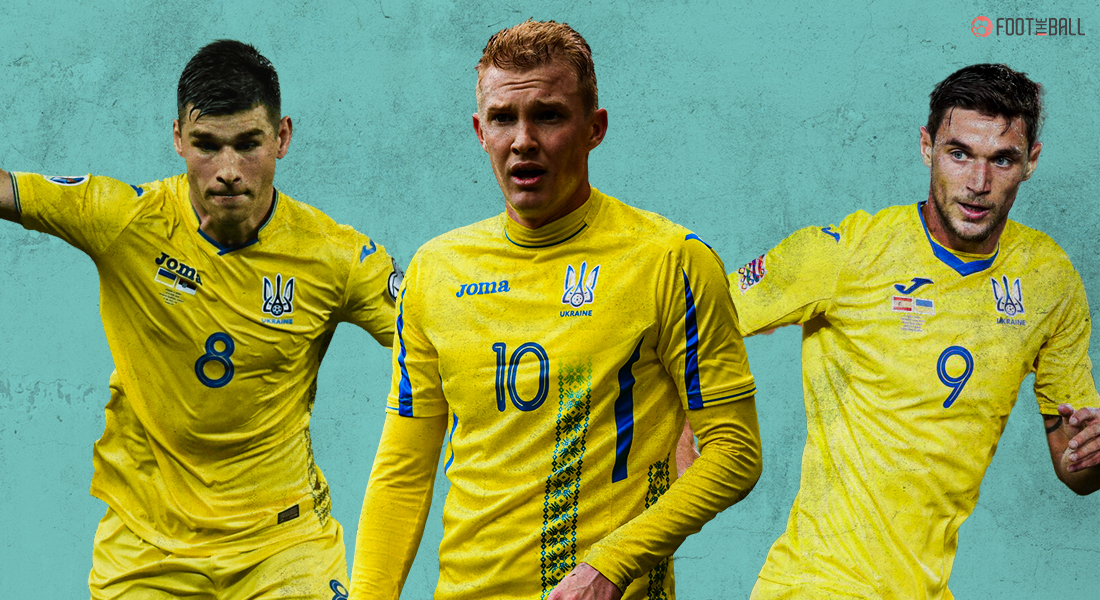 After a disastrous run at Euro 2016, where they lost all of their matches and were the first team to be eliminated, national icon Andriy Shevchenko was appointed as manager. His tenure did not get the best of starts as Ukraine failed to qualify for the 2018 World Cup, but things seemed to have improved considerably since then.

He led the team through an undefeated campaign in qualifying for Euro 2020, as well as promotion from their Nations League group. They also sit second in their 2022 World Cup qualifying group, with Shevchenko and co. having a very good chance of progressing to the knockout stage of this summer’s tournament.

"Now everyone should make love all night for joy!"

This turn in form has a lot to do with some of the hidden stars that have flourished in the recent few years, and Shevchenko will be counting on them to make a big impact again.

Ruslan Malninovsky has been having a career year in the Serie A. The attacking midfielder has been one of the most consistent performers for the highest scoring team in the league as Gian Piero Gasperini’s side fight for Champions League football again. The Ukrainian midfielder has the joint-most assists with 10 and also chipped in with six goals. He has quickly shown himself to be an invaluable asset for both club and country.

🇺🇦 Malina was on fire in April! 🔥 He's your #AtalantaPOTM for the 2nd straight month! Well deserved Ruslan! 🙌

He tallied three goals in dual victories over Lithuania in their qualifying campaign, and with his ability to get off shots in space with either foot, the 28-year-old can become one of the most eye-dazzling players in the squad. He will be joined in his pursuit by the newest addition in Bergamo.

Viktor Kovalenko, the long-time Shakhtar man, has only made one appearance in Italy so far but his play and importance in this squad has been long known back in Ukraine. A solid end-to-end midfielder with an eye for that killer pass, Kovalenko has played almost 200 matches for Shakhtar and been a full international since 2016.

⚒ Viktor Kovalenko is leaving #Shakhtar and will continue his career at @Atalanta_BC.

His work rate and ability to stay on top of the game will be a much required asset for Shevchenko, in tandem with established stars like Yevhen Konoplyanka and Andriy Yarmolenko, as he tries to make it out of a group featuring Netherlands and Austria as well.

Roman Yaremchuk has really come onto his own over the last two years with his club and national team. The Gent striker has scored 17 goals in 28 games, and assisted a further six in the Belgian top flight. That’s a remarkable rate of return for the 25-year-old already before we even get to his exploits with Ukraine.

🇺🇦 The Ukrainian forward has scored 6 goals in his last 4 league games for his club 🔥🔥🔥 pic.twitter.com/zqAXK03AgH

He has found the net four times during the qualifying campaign. Three of them have been the winner against Luxembourg and Portugal in Kyiv as well as the first goal in their 2-2 draw against Serbia in their last match.

These goals were crucial in their bid to finish second in the group and preserve their unbeaten record. Yaremchuk has firmly established as the starting striker of this team and a lot of responsibility will be on the shoulders of the young talisman to get them the points necessary this time.

WILL IT BE ENOUGH?

Ukraine are in a potentially dicey group, with debutants North Macedonia, a star-studded Dutch team and a compact Austrian squad. With the possibility of three teams advancing to the next round, Shevchenko and his boys will fancy their chances of making it through this time around. One thing’s for clear though- their trio of budding stars will have to gel quickly with the veterans if they are to avoid the mistakes that plagued them in 2016.