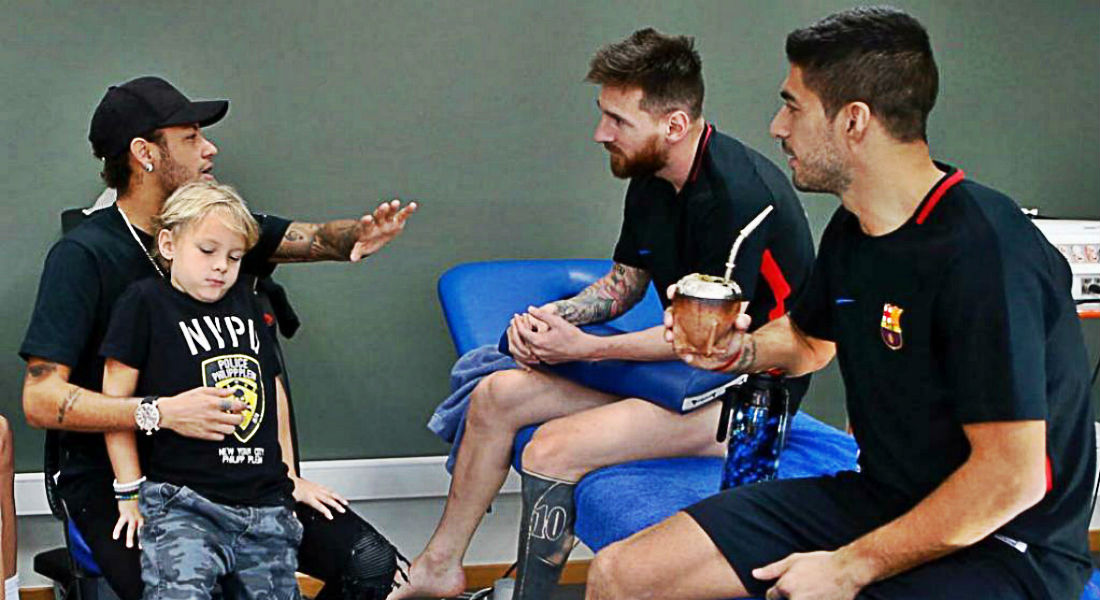 Paris Saint-Germain star Neymar made a surprise visit to his former club Barcelona on Sunday, to visit his old teammates at training.

The Brazil international turned up at a session at the Ciutat Esportiva as his old club began its preparations for its UEFA Champions League trip to Olympiacos.

Neymar, 25, left the Spanish La Liga giants earlier this summer in a world record-shattering £198 million move, which angered a majority of Barcelona fans all over the world.

Barca even posted a picture of the 25-year-old on their official Twitter account, with the  caption: “Neymar visits his ex-team-mates.”

The PSG star is embroiled in ongoing legal disputes with Barcelona regarding allegations of a breach of contract and the club’s refusal to pay him a loyalty bonus.

Neymar posted a snap of himself alongside the Barcelona stars with the caption: “Those were the days, catching up with the news.

“Messi and Suarez, I’m glad to see you brothers.” 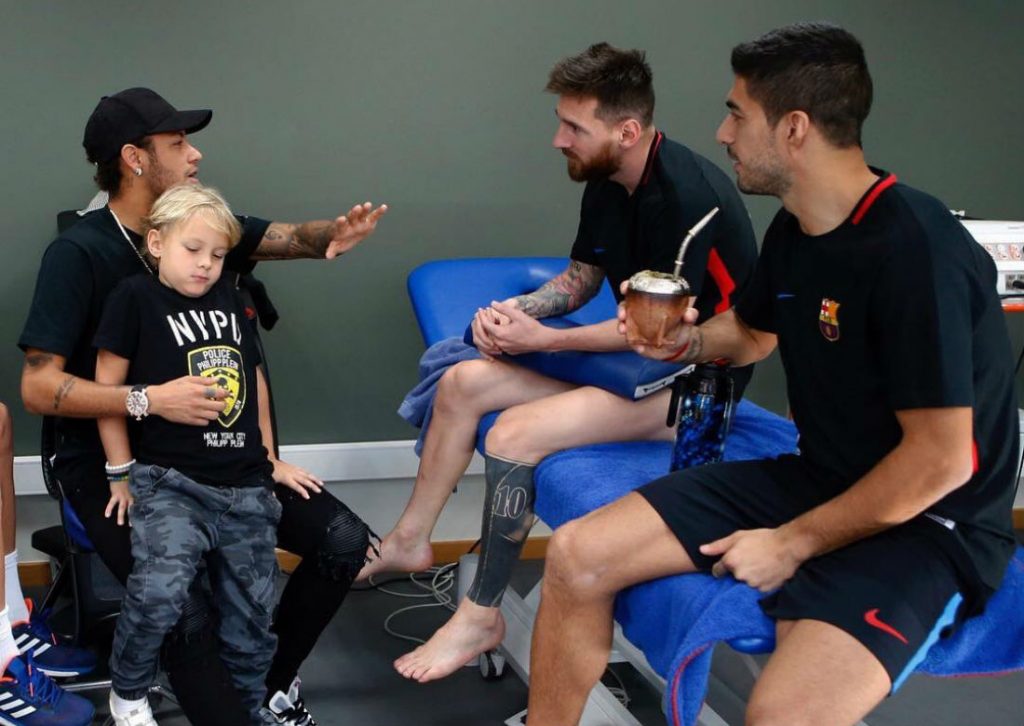