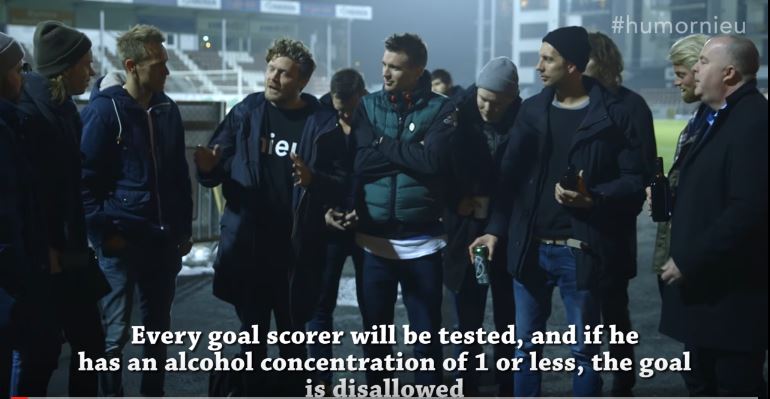 It is hard to function properly let alone play football in the morning after you get hammered last night, it’s called hangover and we’ve all been there once or twice at-least.

So what happens when you get hammered and suddenly decide to play football in a drunken state. 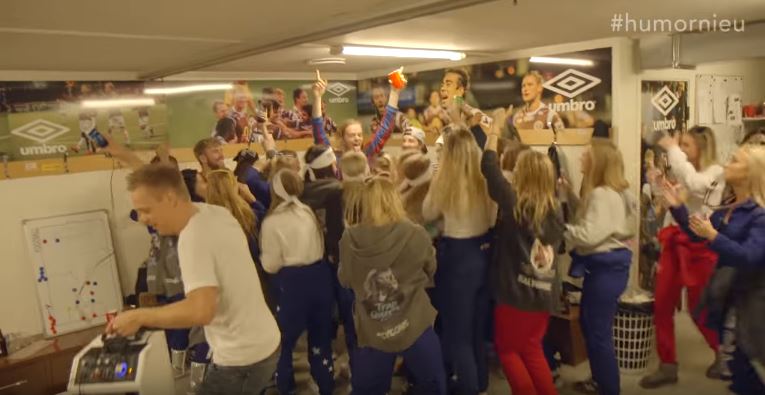 Norwegian YouTuber Humornieu decided to test this theory, when they arranged a five-a-side game – with the rule that every player on the pitch should be drunk.

Both the teams were required to field players with a blood alcohol concentration of 1.0 at the very least.

If a player who scores had a blood alcohol level below 1.0, the goal was disallowed. 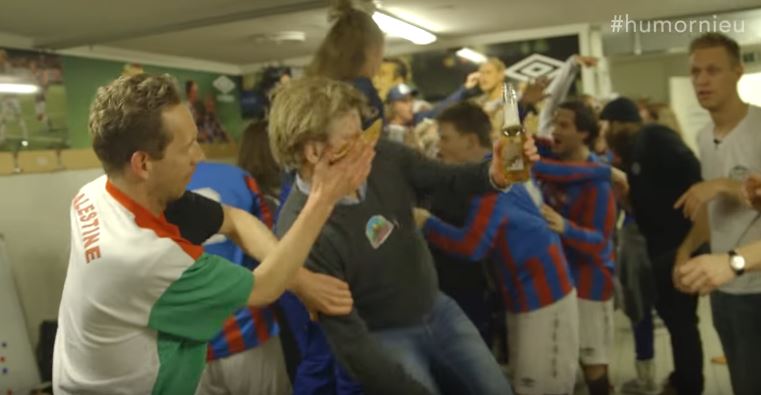 The scenes that followed were of a high-school party, with beer and spirits flowing all across the dressing room – Pizza’s being smashed on faces. 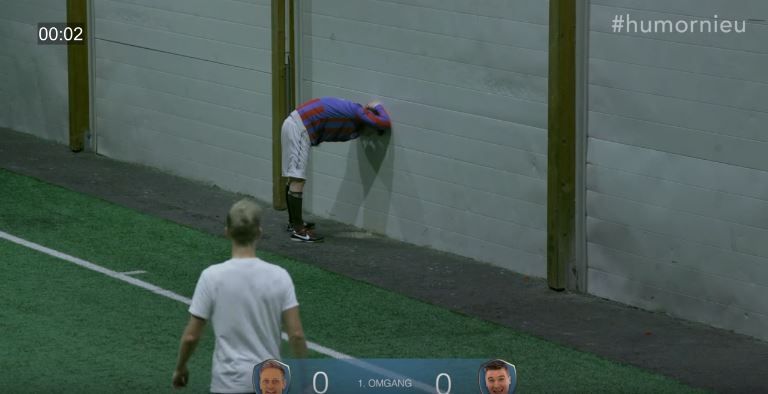 And right before the game started a player was spotted vomiting on the sideline.

Just as the match started, one manager can be heard saying – “This is exactly as bad as I expected”.

A goal was scored from a free-kick but was disallowed after breathalyzer test.

His manager said, “He isn’t drunk enough, we have to fix that with some tequila.” 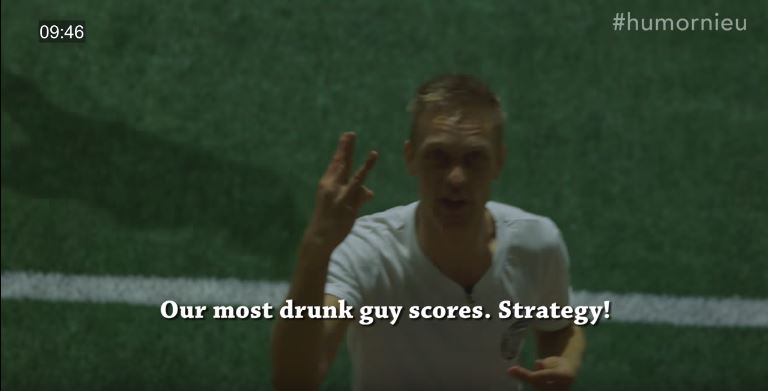 The team in the green jersey was leading 3-0 at half-time but lost 4-3 after the opposition manager changed his tactics.

The highlight of the match was that the drunkest player scored the winning goal.

Needless to say, a cool experiment and idea – two of my favorite things at once, beer and football… kudos Humornieu.