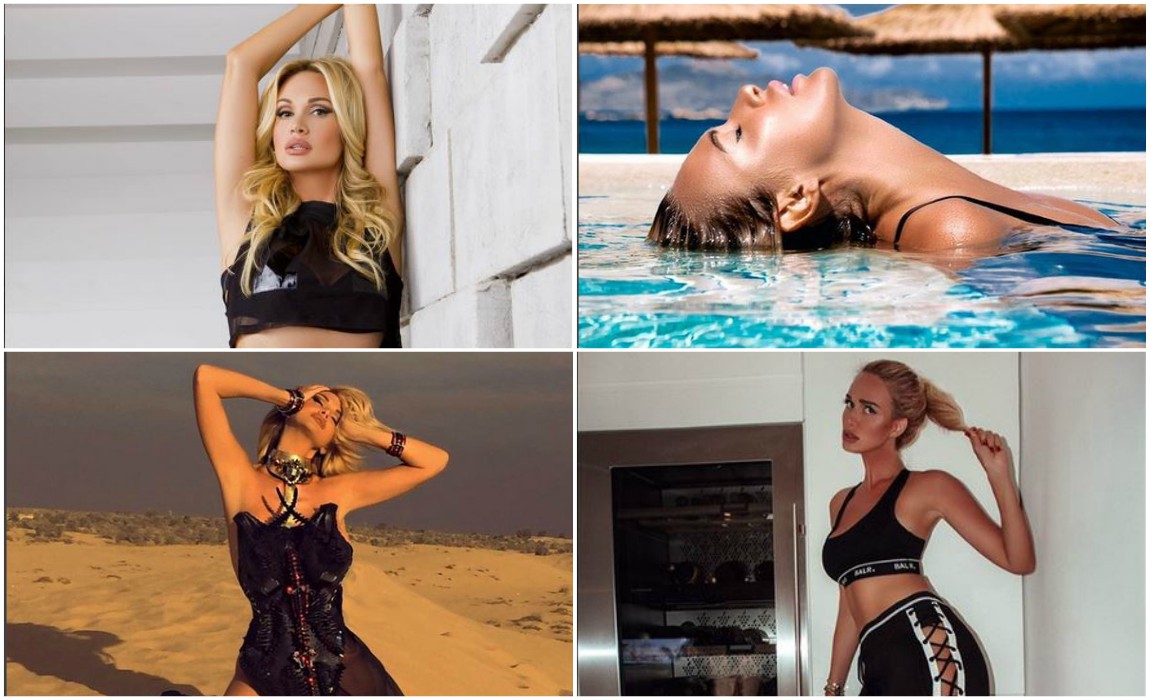 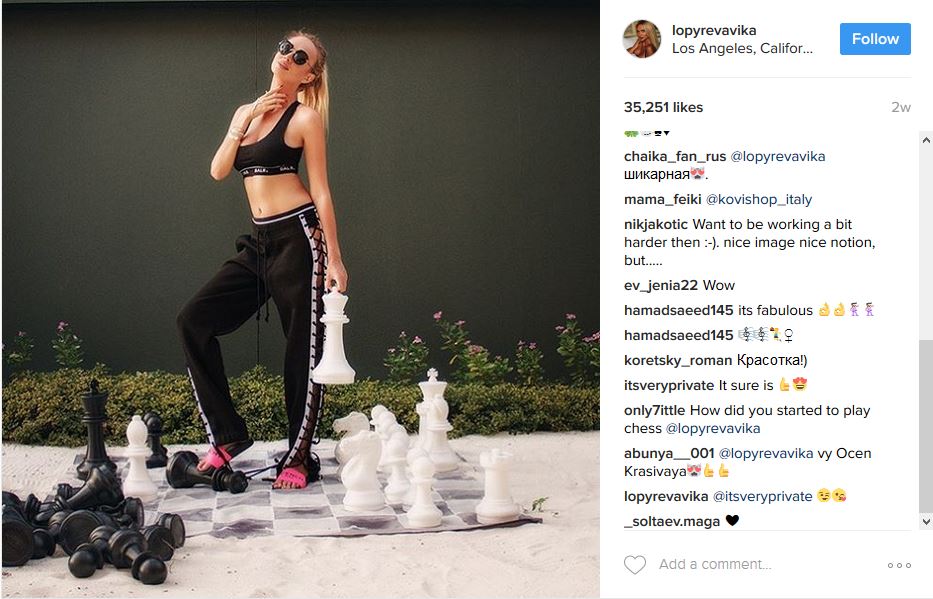 Stunning model Victoria Lopyreva is gaining football fans on Instagram- as she poses on a giant chess board showing off her slender figure.

The 33 year-old is an Official Ambassador of the FIFA World Cup 2018, and has millions of followers.

She posted pictures of her slender physique, showing her fans that chess can be sexy. The post is captioned “Victory is a process”, and has over 35,000 likes. 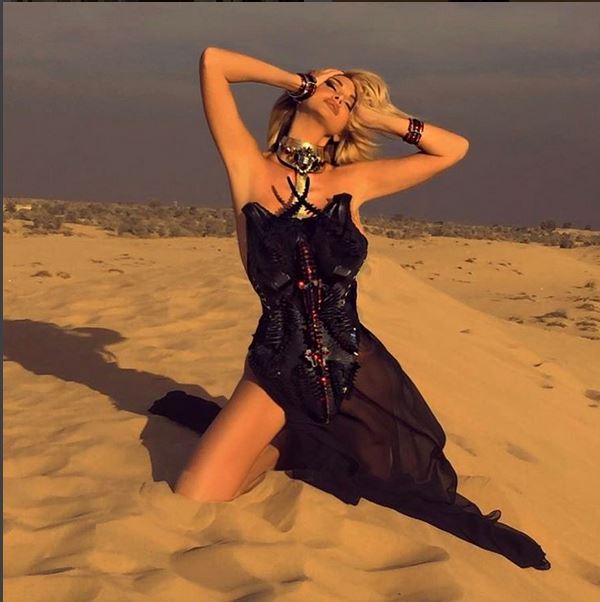 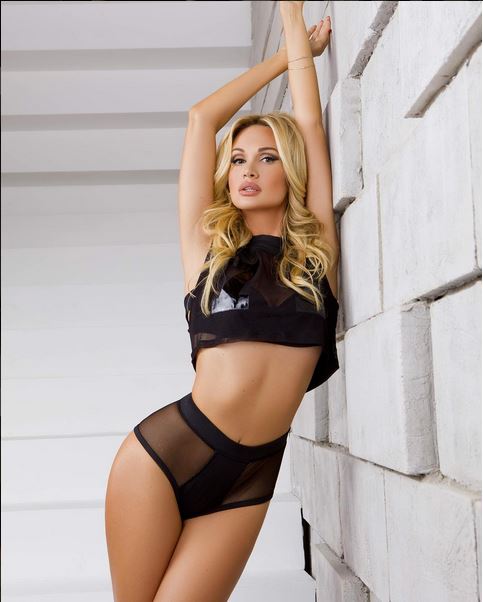 The beautiful model holds the title of Ex-Miss Russia 2003. She will promote the image and traditions of her hometown Rostov-on-Don, Russia. 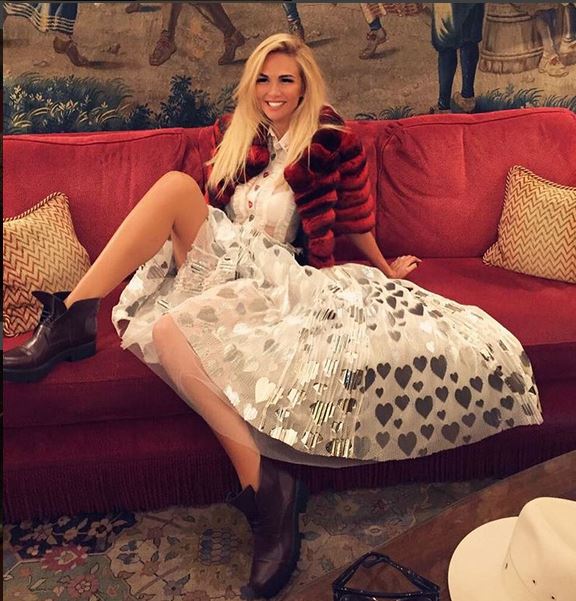 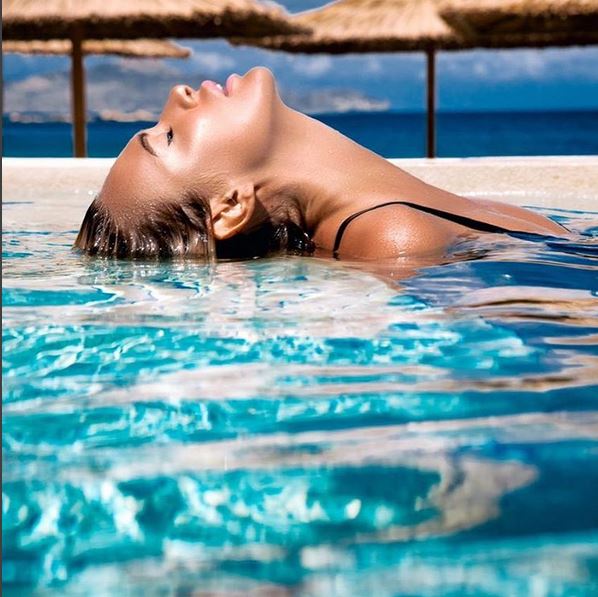 The Russian TV Host and model will organize World Cup Events for children which will engage famous Russian players. 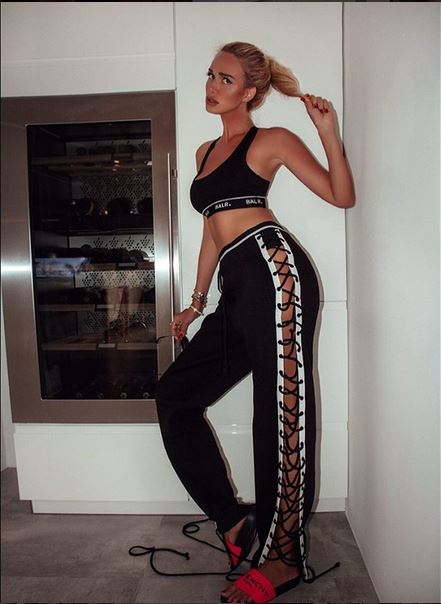 Ex-Wag Victoria has some old connection with football. Her ex-husband Fyodor Smolov, is a striker of Krasnodar Football Club. 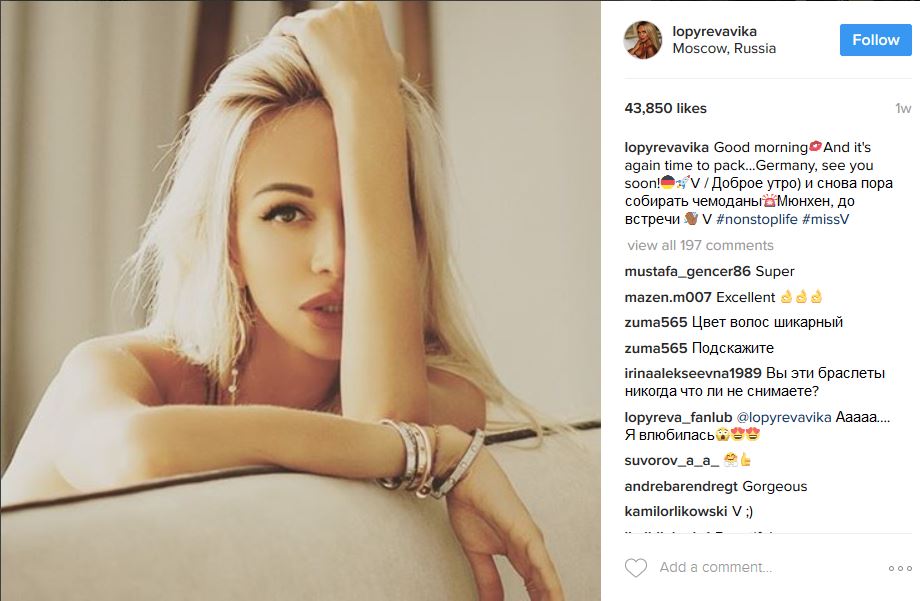 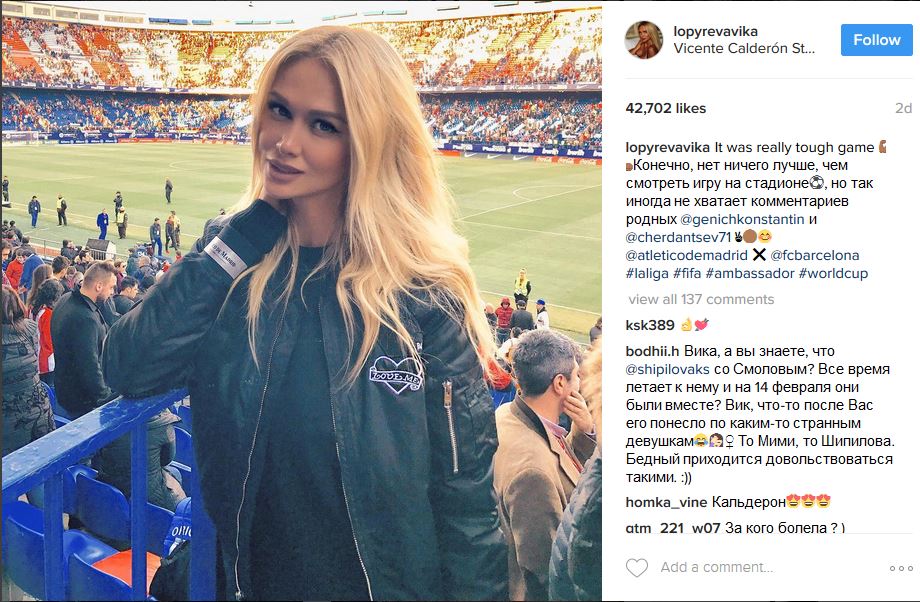 She has worked as a co-anchor for “Football Night”, Russian TV-show.

During World Cup, she will be promoting the idea of sports and healthy lifestyle.