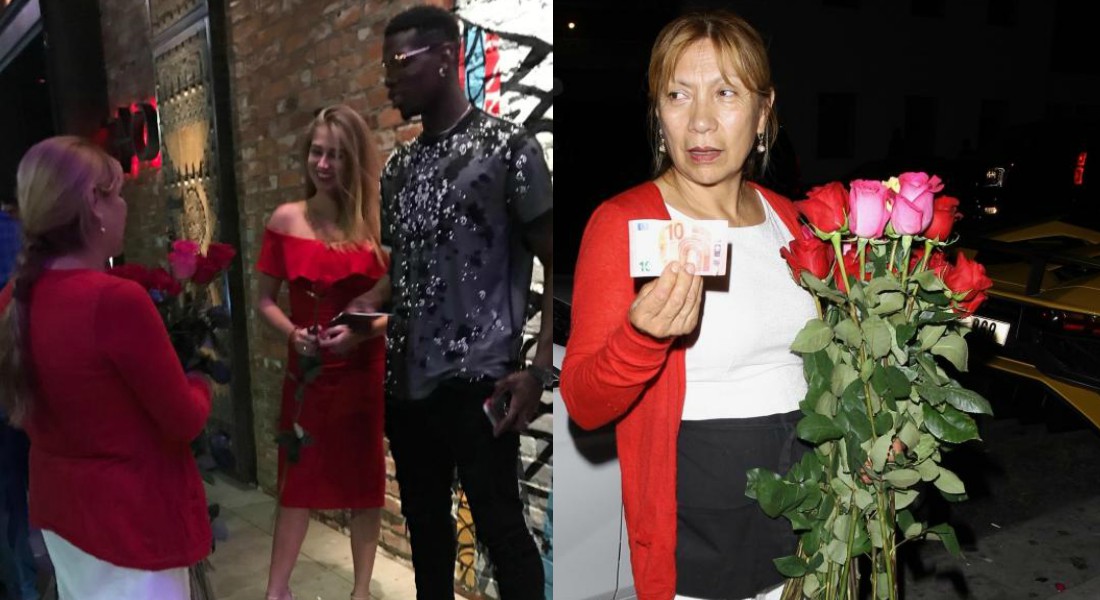 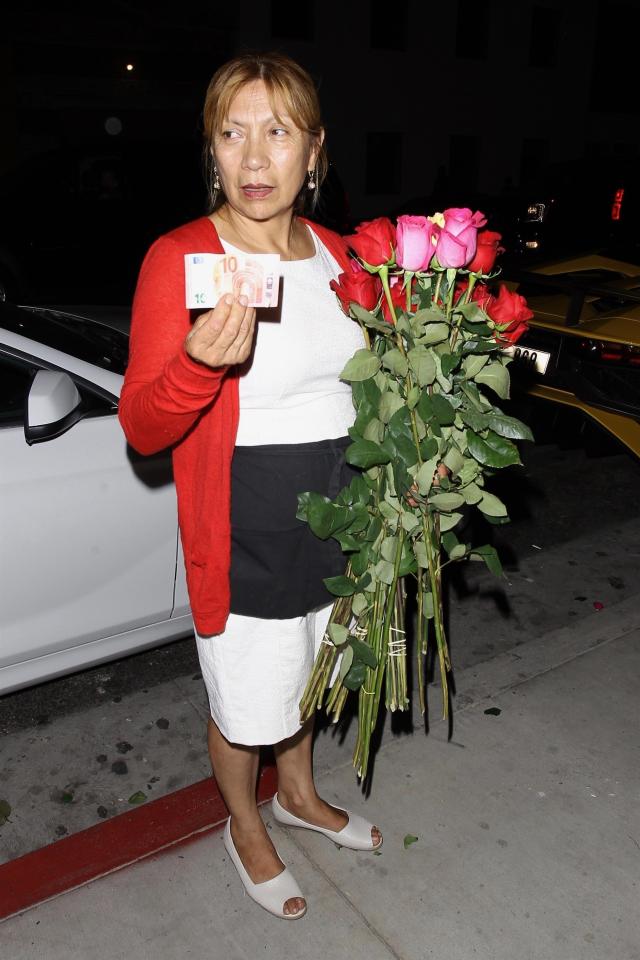 Pogba went out on a date with a mystery girl while on holiday in America.

He had a gala time with the lady in red at a lavish restaurant Tao before gifting her a rose that matched her dress. 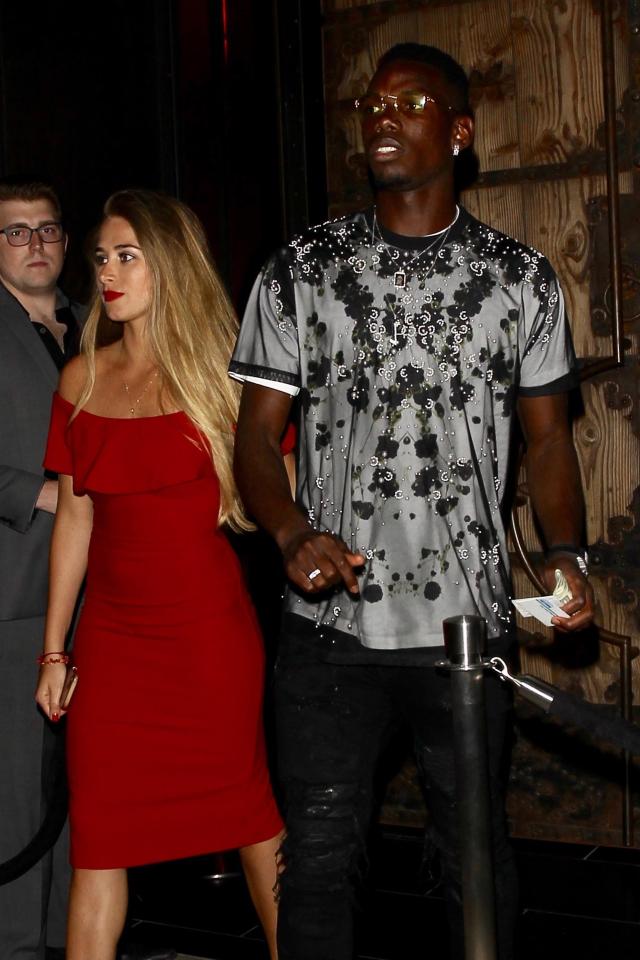 Pogba out on a date with a mystery girl.

But the lady was left in a state of shock when she held a 10 Euro bill in a country that runs in dollars and cents.

Pogba had a chunk of dollars in his left hand but he somehow messed up and ended up paying the lady a 10 Euro bill – which left her baffled. 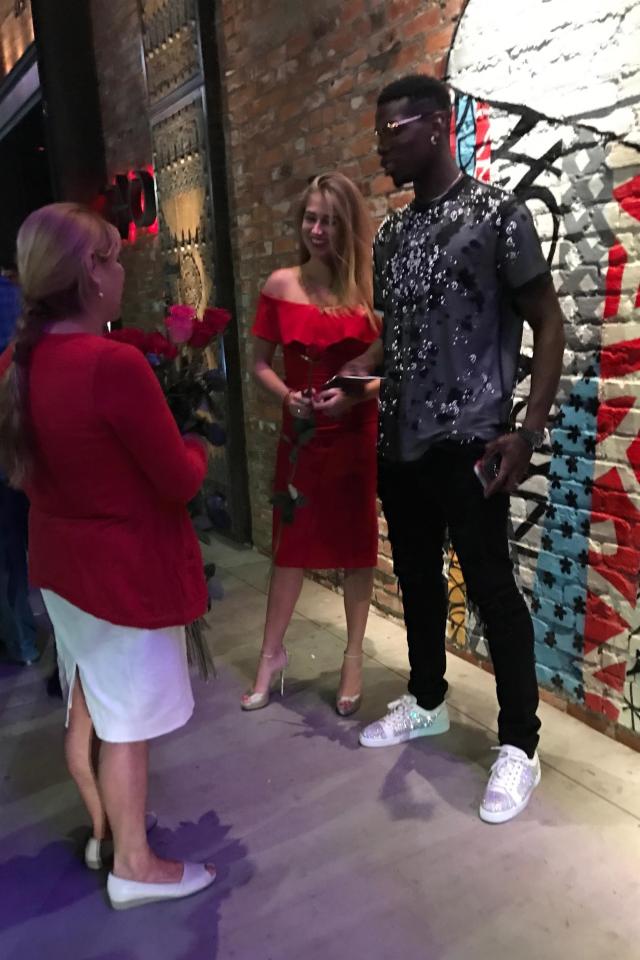 Pogba had been partying with his best pal and new team-mate Romelu Lukaku, who is on the brink of completing a move to Man Utd after completing a medical in Los Angeles.

And Lukaku was also arrested over a wild party. The Belgian hit-man breached the noise limit after he danced to loud music with bikini-clad girls at a mansion that he rented in Los Angeles. 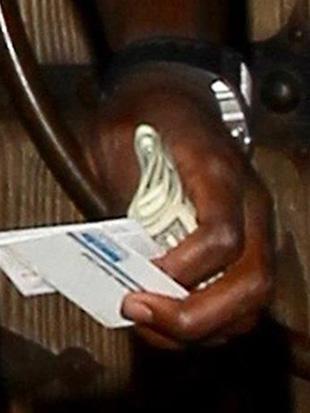 Pogba had a chunk of dollars in his left hand.

Beverly Hills Police Department disclosed was arrested and given a citation.

But don’t stretch your imagination too far as it was not an arrest involving handcuffs or taking him to jail. 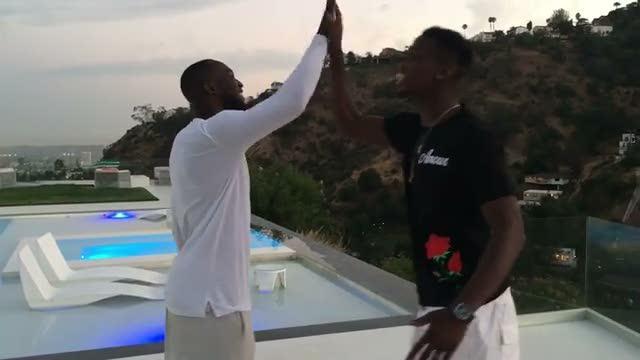 Lukaku will have to be present in a court in LA on October 2, just days after United play a home game against Crystal Palace.

A police spokesman said the player received a “misdemeanour citation for excessive noise.”

He added: “The citation was issued after officers responded to five other noise complaints from the same location, which resulted in verbal warnings.”