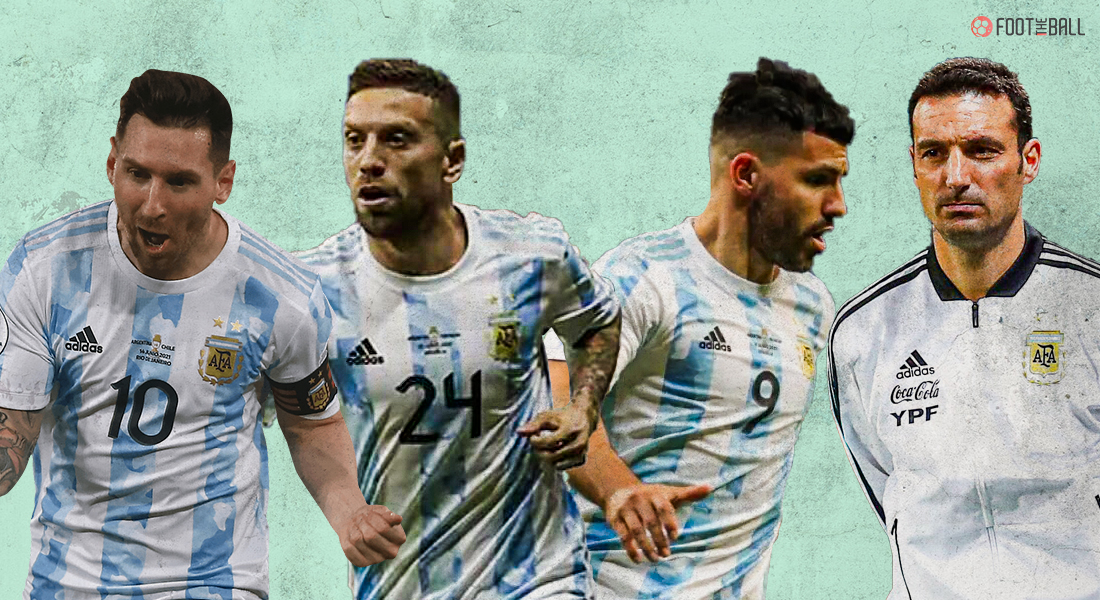 Lionel Messi is dazzling at Copa America. Possibly one of the greatest players of all time, Messi is putting up masterclass after masterclass to help his Argentina side progress to the knockouts at the summer tournament. After suffering so many heartbreaks with his international side, he looks ready to lift an international trophy which is the only thing missing from his impeccable trophy collection.

Messi in the Copa America group stage:
3 goals (most)
2 assists (joint most)
3 MOTM’s (most) pic.twitter.com/LN2RPPYYsf

The six-time Ballon d’Or winner is a player that a team would rely on in any situation. His Barcelona side takes a massive hit without him just like his Argentina national team. But other star quality in the Catalonian side might make up for Messi. It’s not the case for Argentina as they struggle to play cohesively without Lionel Messi.

As a result, Messi is always expected to perform for the Albiceleste. At times he wasn’t able to turn up properly and his team has felt the heat. It can be said that for all his qualities, Messi is a mixed figure when it comes to the Argentinian side. Especially his performances at Copa haven’t been of his usual standards.

However this time things look different. Messi is in the mood from the beginning. He realizes that this might be his last crack at the Copa title. Assisted by his teammates he’s on the hunt for a first international trophy.

SO NEAR YET SO FAR

Perhaps no other player in the world would’ve suffered as many reverses as Messi with their national teams. Messi was so near to an international trophy and so far away at the same time. Every time he’s expected to win a trophy something unforeseen happens and he ends up losing it.

Messi made his debut for the Argentina side in 2005. He first tasted World Cup action in 2006 as his Argentina side lost 4-2 on penalties to Germany in the quarterfinals. His first setback at the finals was to arrive in the form of Copa America 2007. A 20-year-old Lionel Messi was unable to prevent his side lose 3-0 to a weakened Brazil team at the Copa final.

Though Messi won a gold medal at the 2008 summer Olympics he’d trade it for other major trophies. Following that success, a period of decline followed the Barcelona winger. Despite Messi’s brilliance, Diego Maradona’s side crashed out in the quarters against a bullish Germany. Messi was given an unfamiliar role and was struggling to score. This continued into 2011 Copa America as he was booed by his own crowd at times. They lost to eventual champions Uruguay on penalties in the quarters.

His biggest chance was of ending the drought came in 2014 at the World Cup in Brazil. Messi assumed full-time captaincy for his national side and sparkled in Brazil as he led them to the finals. Sadly Messi was unable to inspire them at the final stage as Germany dashed their dreams yet again.

A double whammy awaited Messi at the Copa in 2015 and 2016. Two finals in two years against the same opposition ended in the same manner: a defeat on penalties after a 0-0 draw. Though Messi played his best football in the tournament till then he fell flat at the finals. He even missed a penalty in the shootout in 2016. A heartbroken Messi announced his retirement following the final in 2016.

Despite Messi returning to the fold in 2018 for the World Cup Argentina failed to impress. They lost to eventual champions France in the Round of 16. They had to make do with a third-place finish at the Copa in 2019 as they were knocked out by old foes Brazil controversially in the semis.

Messi has won everything there is to be won at the club level. Be it team prizes, be it personal accolades there’s nothing missing from his cabinet. An international trophy is the only thing that separates him from eternal glory. Having ended the previous season on a high he was desperate for success in Copa.

Messi hit the right tones in their Copa opener as he deliciously converted a free-kick against Chile. It looked like the Argentina side wasn’t able to assist him once again. But Messi learned that he has able colleagues who might do the job for him. Though he hasn’t scored a goal in their next two games, Argentina ended up winning them. Messi wouldn’t let this spell go for a longer period of time.

Messi became his country’s highest cap holder in the final group stage game against Bolivia. He celebrated this iconic milestone with a nonchalant performance. Messi found Papu Gomez with an otherworldly pass to help Argentina open the scoring. He then went onto score two goals including a delightful chip as they trounced Bolivia.

This Argentina side looks more than capable of aiding Messi in his cause. They have star names that perform on the field for the first time in many years. Papu Gomez, Sergio Aguero, Emiliano Martinez, Cristian Romero are determined to be Messi’s horsemen.

Messi would definitely look to continue his form and trust his teammates as he also looks to end Argentina’s drought for a major trophy after 28 years. The Albiceleste could make it to the final against where they would meet their nemesis and the defending champions Brazil in a grudge clash.
Over to you Lio, entertain us and win the thing you have waited for all these years.