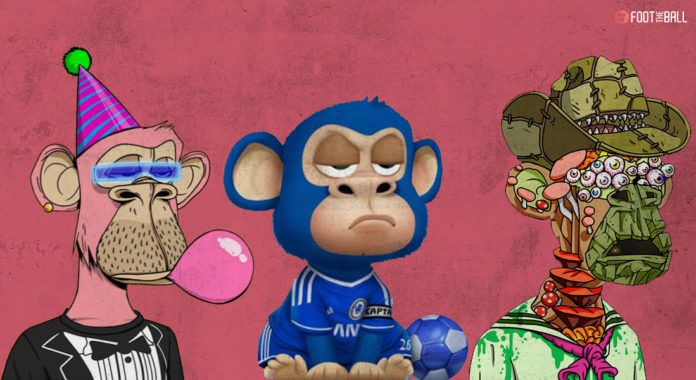 Brazilian superstar Neymar is no stranger to making headlines. He remains with the highest-ever transfer fee but his most recent act came in the world of digital space. Neymar became the latest owner of ‘Bored Ape’ non-fungible token (NFT) from the Bored Ape Yacht Collection (BAYC). The PSG attacker posted the news of his purchase on Twitter, changing his profile picture to the Bored Ape 6633 yesterday.

I am an ape! #community #art #BoredApeYC pic.twitter.com/iOe3E0H2t6

The world of BAYC may be new to a lot of casual sports fans but among the different elite industries, it has already been making huge waves. NFT is something that has taken off in a big way in the recent past, and BAYC holds a high place in this world.

WHAT IS THE BAYC?

The Bored Ape collection is a bunch of 10,000 NFTs of…bored apes. There is really no other way to put it as all of them have the one unifying factor of being an ape and looking bored. They are backed by the blockchain technology which is the same network on which all forms of cryptocurrencies are based currently. The BAYC was created by four developers, using pseudonyms, but now collectively called Yuga Labs back in April.

Two of the rare furs in the BAYC #NFT collection:

They are traded on OpenSea, the leading marketplace for NFTs. The main currency for these transactions is ether, with 1 ETH being $2,885 right now. Neymar bought his Bored Ape for 159.99 ETH which translates to around $481.6k. However, as is with any cryptocurrency, the valuation fluctuates every day depending on the market and the demand. BAYC can be found on OpenSea, the major platform for all NFTs.

WHY IS THIS CRAZE?

The most pressing question concerning any Bored Ape in particular and the domain of NFTs in general. What makes a NFT valuable/wanted by people? Well, to put it simply, this is the new fad of present times and stars want to get in on the action. The Bored Ape collection has owners like Snoop Dogg, Jimmy Fallon, Jordan Belfort, Stephen Curry, Eminem, and many others.

Steph Curry is now part of the Bored Ape Yacht Club (“BAYC” in his Twitter bio), a collection of 10,000 unique Bored Ape NFTs.

Even for Neymar, this was his second time buying from the BAYC. His first, and the more expensive one, was Bored Ape 5269 costing 189.69 ETH. So, how can you make 10,000 of something appealing? By giving them different qualities and rarity of course. Each Bored Ape has something different from the next one. Whether it be their fur, the accessories they have, their facial features, etc. The rarer a Bored Ape, the more expensive it gets as more people want to have it.

What an historic moment for the club: the @Sothebys auction of 101 Bored Apes has closed at over $24m. Congratulations and THANK YOU to the whole ape community. To the buyer, I think we speak for everybody when we say: WELCOME TO THE CLUB. ☠️🦍⛵️ pic.twitter.com/NKxHekC0ny

For example, according to the OpenSea host, only 46 out of 10,000 Bored Apes have a body of “solid gold” fur, making them an extremely rare sub-collection which fetch very high prices. The “floor price-” the value of the most common Bored Apes, sits at 85 ETH presently and will only rise as the valuation of cryptocurrency increases with time. In the footballing world, John Terry is another who has brought heavily into this concept. The former Chelsea captain recently teamed up with ‘The Ape Kids Collection-’ which has 9,999 “baby apes,” to promote and support NFTs among children.

Delighted to announce my first signing with the very talented and experienced @morriskid to the #AKFC team!

Welcome aboard JM! Let’s get to work mate 💙

Current Chelsea fullback Reece James brought a Mutant Ape from the MAYC collection at the start of the month. The difference between a Bored Ape and the Mutant Ape is that owners of the previous can use digital vials of mutant serum to create their own version of the latter.

I just acquired MAYC #10442 from my guy @ishmilly @BoredApeYC 🚀
Where are my apes at? #mutantapes #mayc pic.twitter.com/LQSQywNOCO

The popularity of the MAYC has been growing exponentially in recent days as the latest upgrade in the BAYC world.

IS IT SAFE AND WORTH THE HYPE?

One of the most common questions surrounding this whole thing is what happens after the purchase. Sure, you own a cool, unique artifact and can sell it later for a higher price, but what of the current benefits? Well, for one, the creators of the BAYC themselves have recognized the same. Yuga Labs recently announced a tie-up with developer Animoca to make a play-to-earn game in 2022.

#BAYC creator Yuga Labs has announced that it is working with Animoca Brands on a #P2E #blockchain-based game that is set to launch in Q2 2022. Specifics have not been detailed yet but the game will utilise #BoredApe #NFTs. 🙉#nftnews #NFTGame #NFTcollection pic.twitter.com/JzGym8hsye

Moreover, the BAYC are slowly on their way to becoming an ‘offchain’ brand- something that can exist outside of the blockchain technology. The most obvious place is in the domain of fashion. Adidas recently announced their first NFT project, ‘Into The Metaverse’ in collaboration with several major NFT brands. Of course, the BAYC was one the leaders amongst them and Adidas even bought one which they showed off on Twitter. There are some legit concerns regarding the whole industry of NFTs given their detrimental impact on the environment and the fact that children could get influenced in the wrong manner in following their favourite stars buying them.

A short explanation of why NFTs are bad. It's a 2 minute read; I've added it as an image to this tweet as well.

More in-depth articles to explain the technical, economic and other reasons can be found at the end.https://t.co/Hq1y4oVmOg pic.twitter.com/0ALxuw4XG6

This could encourage some illicit activities among the youth in order to get the funds to necessitate the purchase of NFTs. The laws governing blockchain and things that go on with them are scarce and not entirely applicable across different jurisdictions of the world. Caution and awareness has to be exercised but this trend is certainly not going away any time soon.