BLUES TO STAY OR LEAVE? 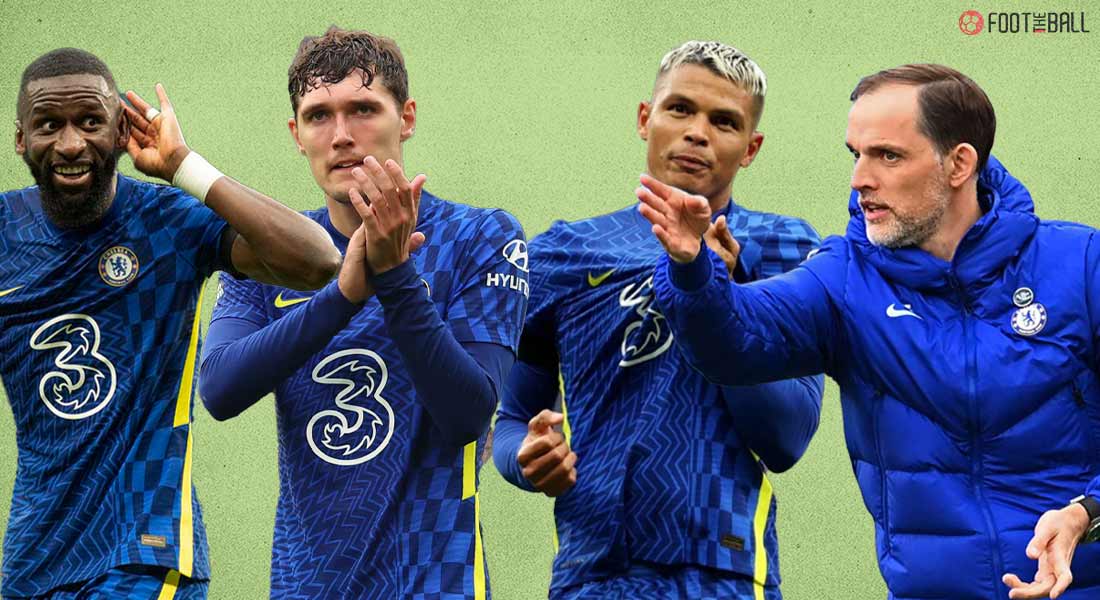 There seems to exist two kinds of Chelsea nowadays. One that is defensively brilliant, composed in midfield and solid in attack. The other is one that defends well and…not much else. Two consecutive losses to Manchester City and Juventus have put a bit of pressure on Thomas Tuchel.

16 – Chelsea had 16 attempts at goal against Juventus, the most they’ve had in a UEFA Champions League away game without scoring since Opta began recording this data (2003-04). Wayward. pic.twitter.com/48orL1GARJ

Beyond the on-field failures, there seems to be a logjam of contracts in the back office. Four of the team’s top defenders- Thiago Silva, Antonio Rudiger, Cesar Azpilicueta, and Andreas Christensen, are all set to become free agents in 2022. However, there has not been too much progress in this regard, though there are some positive noises with some of them.

The club captain who has been with the Blues for a decade now. Having signed in the same year that Chelsea won their first ever UEFA Champions League title, Azpilicueta has gone on to make more than 400 appearances.

César Azpilicueta has not committed a single error leading to a goal in his entire Chelsea Premier League career (over 9 years).

What an incredible stat. 🤯 pic.twitter.com/FYSJEnE2NN

His leadership skills, mentality to win, and versatility across the pitch has made him a fan favourite during his stay. The 32-year-old signed his current deal in 2018 but since then there have been a few changes to the side. For one, Reece James’ presence in the first-team has meant he has had to share game time with the faster and more attack minded protegee.

Chelsea are 'drawing up a new contract for long-serving captain Cesar Azpilicueta' https://t.co/psVQccygTP

Furthermore, Ben Chilwell was also signed last year to improve the left flank. Though he has dispelled fears of leaving, stating that “I don’t have any concerns,” the supporters would be much more relaxed after the dotted line is signed.

The veteran Brazilian added the Champions League trophy to his glittering trophy cabinet last year and his performances till that game were a major reason as to why Chelsea extended his contract.

36 – Aged 36 years and 362 days, Thiago Silva has become the second-oldest Chelsea player to score in the Premier League behind only Didier Drogba, who scored against Leicester City aged 37 years and 49 days in April 2015. Twilight. pic.twitter.com/SiZIrlC90Q

Silva is 37 and there is no doubt that he provides much value to the youngsters in the squad as well as his shared experiences from around Europe. Tuchel has resorted to using Silva in most matches, with his impressive shutting down of Heung-Min Son against Spurs still fresh in the memory.

Thomas Tuchel on the future of Thiago Silva. pic.twitter.com/FRVc501uXT

Nevertheless, the club has not shown too much urgency in going after extending his stay. Trevoh Chalobah’s ascension has given Tuchel a worthwhile option to consider this season while Azpilicueta remains a very good fit too. The manager has urged him to “perform at this kind of level and that’s all he needs to stay here.”

The graduate of Cobham who had to really earn his place in Chelsea’s first-team plans. Christensen has made over 130 appearances since his debut in 2013 but is still not a regular starter.

The Dane is only 25-years-old and will have some major offers from clubs across Europe if he does decide to leave. Christensen was one of the defensive stars in the Champions League final and Tuchel insists he remains a key figure in his plans. He currently is one of the lowest earning senior members of the squad but talks over a new deal have been progressing steadily.

The latest news reports put his proposed new salary at £120,000 to £140,000-per-week for a long term deal but the talks have extended for quite a few weeks now.

This one has been dominating the headlines for the reported difficulties associated with extending Rudiger’s contract. He has become one of the centre-pieces for Tuchel with several pundits hailing his mammoth upturn in form over the past few months.

🗣️ Rio Ferdinand when asked if Antonio Rudiger is the best CB in the Premier League:

"At the moment, yeah"

"I think Dias last season was the best overall, but since Tuchel's come, I think he's been the most commanding centre-back in the league."

However, negotiations between the club and player have involved a lot of haggling over how much the 28-year-old is going to make after 2022 if he stays. Rudiger has already rejected Chelsea’s £140,000-per-week offer with sources claiming he is holding out for £200,000-per-week.

Chelsea are still negotiating with Toni Rüdiger agents over new contract. Talks ongoing – there’s currently no agreement on salary but it’s not over as Rüdiger is so happy with Chelsea and Tuchel. 🔵🇩🇪 #CFC

FC Bayern and Real Madrid are interested in case he’ll be a free agent. pic.twitter.com/Gd6r8Jidsc

To add more worry for Chelsea, the defender’s situation is being observed closely by a host of European clubs including Real Madrid, Bayern Munich and Inter Milan. The Blues will be desperate to get the deal done by January with Tuchel also urging both parties to find common ground soon. The manager remains hopeful “that they find solutions” while insisting the whole process is “in good hands.”

WILL RECENT FORM BE A FACTOR?

Though Chelsea remain secure in their pursuit of silverware on all fronts, the past two losses have certainly not inspired confidence. Manchester City dominated the stats on all fronts with the Blues only beating them on the fouls conceded front. Tuchel’s side could only muster an xG of 0.22.

0.22 – Chelsea amassed an expected goals (xG) total of just 0.22 today against Manchester City. In their 250 Premier League games at Stamford Bridge since Opta have full game-by-game xG data for the competition (2008-09), this was their lowest total. Comedown. pic.twitter.com/4Yh4qoPpnX

Even if that could be explained away, the defeat to Juventus was a morally and tactically deflating one. Tuchel had insisted that players trained well and were raring to go as well as winning on all statistical fronts. However, a lapse in concentration saw them fall behind straight after halftime with the manager bemoaning his players’ mindset after the match.

🗣"It's untypical of us in our defensive structure to give away a cheap goal like this."

Thomas Tuchel is confused to why Chelsea lost to Juventus pic.twitter.com/56IOpOmbIr

The new contracts have certainly not influenced the four individuals but they remain the elephant in the room if not an obstacle entirely.