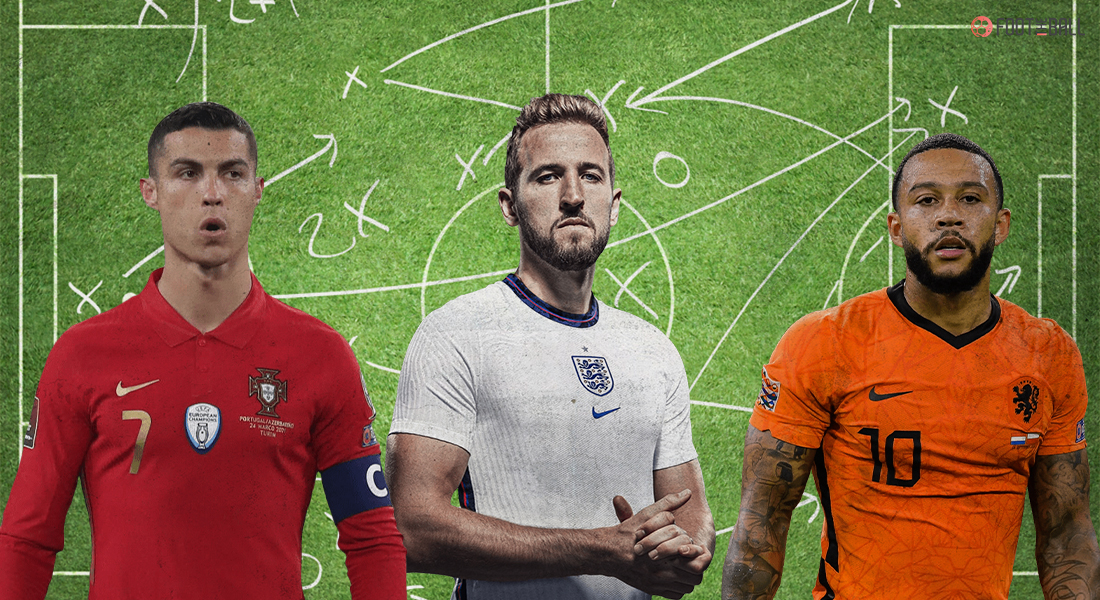 Club football is finished this season. A new season is a couple of months away. The manager inside you might be feeling alone and lonely. Fear not, wake him up we’ve got a new fantasy league just around the corner. UEFA presents the fantasy EURO 2020 which can cheer the manager inside you and test your managerial skills. We compile everything there’s to know about the Euro 2020 fantasy and provide some tips for you.

⚽️ Who will lead your #EUROfantasy team?

It’s fairly easy to plat the fantasy EURO 2020. Just head to the official UEFA website, or you can even download the UEFA Europ 2020 app on iOS and Android. Once you’ve completed the login formalities you can start your managerial journey.

Each manager gets a budget of £100 million. They can use it to pick a formation of their choice and select a squad of 15 players out of all the available players. The 15 member squad must have two goalkeepers, five defenders, five midfielders and three forwards. There’s a limit on the maximum number of players from the same team at three. Once the tournament is underway you can transfer two players into the squad without any penalty for a matchday.

Points are allocated to the players depending on a number of factors. Each appearance, goal, assist, penalty won, defensive stats, clean sheets earn a point. Apart from the positive points, there are negative points too. Actions like earning a yellow or a red card or conceding a penalty can invite negative points.

To be a top fantasy manager one must be smart and must have a keen eye for the game. Ahead of the Euro 202 fantasy league, we bring the best tips possible for you to beat that rival manager enjoy the glory.

In fantasy football, one should not have lenience towards their favorite players. It might sound appealing to field a XI of your favorite players, but it simply doesn’t work that way. Imagine your favorite player is a defender, the odds of him gaining points are less compared to a striker. So choose your players wisely. Choose players that can start regularly and have greater chances of giving returns.

As a manager, you need to sharp at all times. Be aware of the deadlines for matchdays and make your changes on time. Also, keep a close eye on the games and follow our blog for any potential injuries to any players. Use your transfers wisely. If a player is struggling for form or gets injured or won’t be starting make sure to transfer him out in the next window.

USE THEM SECRET WEAPONS

There are secret weapons called chips that give you an incredible advantage over your rivals if used correctly. Euro 2020 fantasy provides you with two chips namely Wildcard and Limitless.

The wildcard is a chip that allows you to make unlimited permanent transfers before a matchday. You can completely change your 15 member squad but within the budget cap. Once you’ve used this wildcard your new team sets in. The wildcard is a chip that is best used at the quarterfinals stage. As it narrows down to eight sides you can remove the deadwood and stack it with ones in action.

Limitless is a chip similar to free-hit in the fantasy Premier League. This chip helps you to make unlimited transfers without a budget cap but only for one matchday. This sounds like a perfect dream for most managers. If used correctly this can be the difference-maker. We advise you to use this chip in the group stages. Use this before the player pool narrows down in the quarters and get ahead of the pack.

Choosing players who give high returns is a safe option. But in fantasy football, you have to risk it sometimes to win big. Though there’s no fixed relation between risk and reward we want you to back yourself and go for it. Every team having the same players mean more and more managers with the same number of points. This is where the differential comes in. The differential is a player that can give high returns but isn’t picked by most managers. Trust him and hope that he can repay that faith with high returns.

CHOOSE THE RIGHT PLAYERS AND CAPTAIN

This is the most important aspect that determines the future of your fantasy team. you have to choose players who are definite starters. Go for players who score goals like strikers or wingers or who make goals like attacking midfielders or box-to-box midfielders. While picking defenders make sure that you pick fullbacks who attack and chip in with assists and goals at times. Centre-backs who keep clean sheets and score goals often are also preferable.

Evaluate the risk before choosing a player by checking his fixture list. This plays a key role in captaining a player too. Captaining plays an important role as it doubles the points tally of the player captained. Make sure that you pick the best possible captain choice. Strikers are ideal choices for captain chip along with attacking mids and goal-scoring centre-backs.

These are some of the most important basics about the Euro 2020 fantasy league and its tips. Trust your instinct and believe it to come good at the end of the day.