A NEW DAWN FOR THE ENGLISH 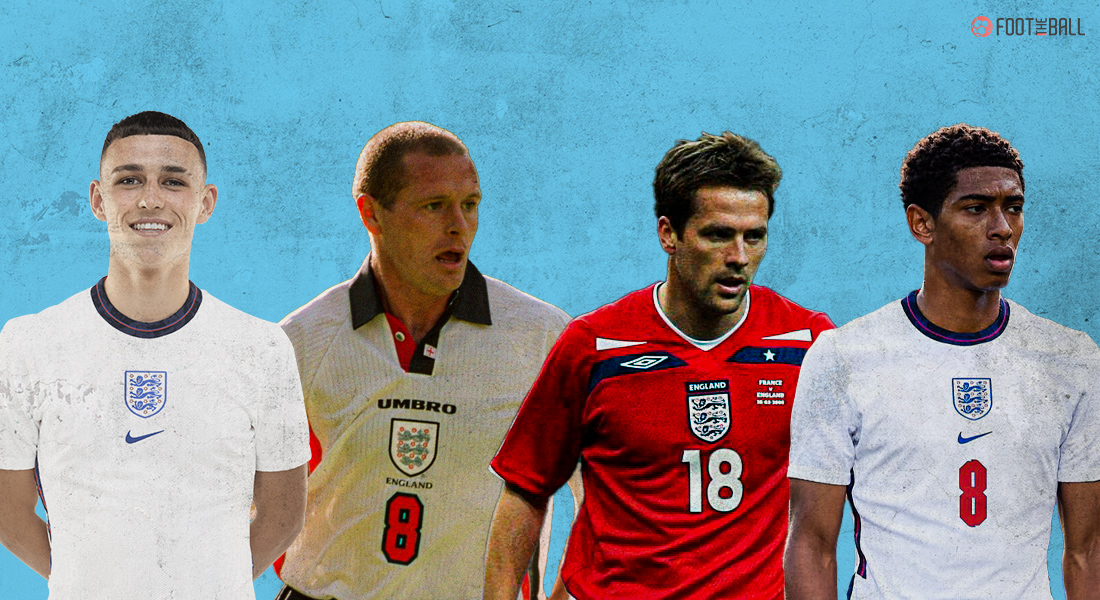 What does acclaimed singer Skylar Grey and the England football team have in common? Their most famous hits both include an entity coming home. For Grey, it was her expressing her return home after mistakes in the past. For the English…it is, of course, a major international trophy in more than half a century.

With the pandemic-delayed European Championships set to commence in less than a week, England go into the tournament as heavy favourites. The amount of attacking flair they have is astounding while they are managed by one of the most competent national bosses right now. However, the wisest amongst the supporters will know that they have seen this film before.

Since the World Cup triumph in 1966, several ‘golden generations’ of extremely talented players have come and gone. Empty handed all of them. There has been immense heartbreak across the board, from the ‘Hand of God’ to habitual losing on penalty kicks. Their absolute nadir came in 2016, when they lost to debutants Iceland in the round-of-16, a defeat that came 50 years after their footballing pinnacle.

Amongst all of this was a constant coming and going of managers across the years, with players also being dogged by controversies. David Beckham’s red card against Argentina, John Terry’s racism allegations immediately spring to mind. However, after years of under-performing with stars in the squad, 2018 proved to be a remarkably good year. The Three Lions managed to reach the semi-final of a World Cup since 1990. Of course, you know the drill.

They come back against England and will play France! pic.twitter.com/zAdpExJ7h6

Having taken the lead against Croatia, 2-1 defeat after extra-time ended their hopes of a trophy once more. With many of the players from that team returning, including star talisman Harry Kane and several exciting prospects joining up for the first time, the makings of a new ‘golden generation’ are well and truly in place. The question remains, can they finally step out of the shadows of their predecessors and finally deliver on their immense potential?

🗣 "Rio Ferdinand, John Terry, Ashley Cole, Gerrard, Scholes, Lampard, Beckham, myself, Michael Owen. Our team then, if we had a Guardiola with that group of players, we'd have won everything, no doubt about it."

England’s squad announcement was one of the most discussed and long drawn out affair in the country. The never-ending speculation surrounding Trent Alexander-Arnold’s future started with the Liverpool being named to participate. It ended with him suffering an injury in their first friendly match and being ruled out for four-six weeks. However, even without the Premier League’s premier attacking full-back, England have a seriously stacked squad.

A big shift on his first start in a #ThreeLions shirt!

Their defence is stacked with winners right from the other full-backs to their centre-backs in the reinvigorated John Stones and Harry Maguire. Though the Red Devil skipper is an injury doubt, they have more than their share of able deputies. However, it is their midfield and attacking options that are drawing comparisons to some of the legendary squads in the past. Gareth Southgate has a plethora of options to choose from, and it will be very interesting to see who does get picked in the team.

Congratulations to @PhilFoden on winning the Premier League Young Player of the Season award! 🏆🙌 pic.twitter.com/fbEWrrg7OW

All of the players are coming off excellent club seasons and are raring to go. Phil Foden won a domestic double of league and Carabao Cup and reached the Champions League final. Mason Mount won the Champions League and created the most chances amongst Englishman. Jack Grealish is one of the most skillful players to play the game. Take any of the choices and you will only see glory in them. This is what is further fueling the dreams of an entire nation once more.

🤩 Mason Mount for Chelsea this season:

👑 Chelsea's player of the year pic.twitter.com/oEVLZ8UdDx

At the turn of the millennium it was another ‘golden generation’ with the likes of Michael Owen, Wayne Rooney, David Beckham, Paul Scholes, Steven Gerrard, Frank Lampard, Rio Ferdinand and others who were serial winners with their respective clubs. Unfortunately, that kind of success was never replicated on the international forum where England continuously somehow managed to lose more. That generation ended with the 2016 ignominy but now, the tide seems to be turning.

Again, things are different for this generation. Southgate has proven a very savvy operator to keep the media’s focus solely on football. He has fostered an amazing unity in the squad based on personal connections with players and being frank in the public. Case in point being their recent stand to take the knee before kick-off in support of the Black Lives Matter movement.

Though it has caused divisive reactions back home and players were even booed in their last match against Austria, the conviction to continue for the cause has earned plaudits from all the right corners. Coming to player management, the individuals are not discarded after a poor game or spell, but do get sustained chances to prove their worth. Another big improvement has been to give youngsters a chance no matter their age or club games played.

A memorable week for @BukayoSaka87! 🙌

All of this has helped in creating conducive environment where they are able to play their best game. Another factor driving the hopes from this generation is the fact that they are all just getting started at the international level and are very young. Only three out of their 13 non-defensive options are above 25-years-old. England fans across the world have all the right reasons to be excited about, given the fact that this team is not afraid of anyone.

England have had dominating runs for long periods of time over the past few years and are expected to reach at least the semi-final this summer once again. The curse of the ‘golden generations’ of the past will once again loom large over the team, but with the game having evolved so much and players being taught to be multifaceted for the game, it can prove to be a good omen for the Three Lions. Even if they do not manage to win the Euros this time around, the wistful thinking will see no decrease as the years go by.