HARRY CAN’T GET AWAY! 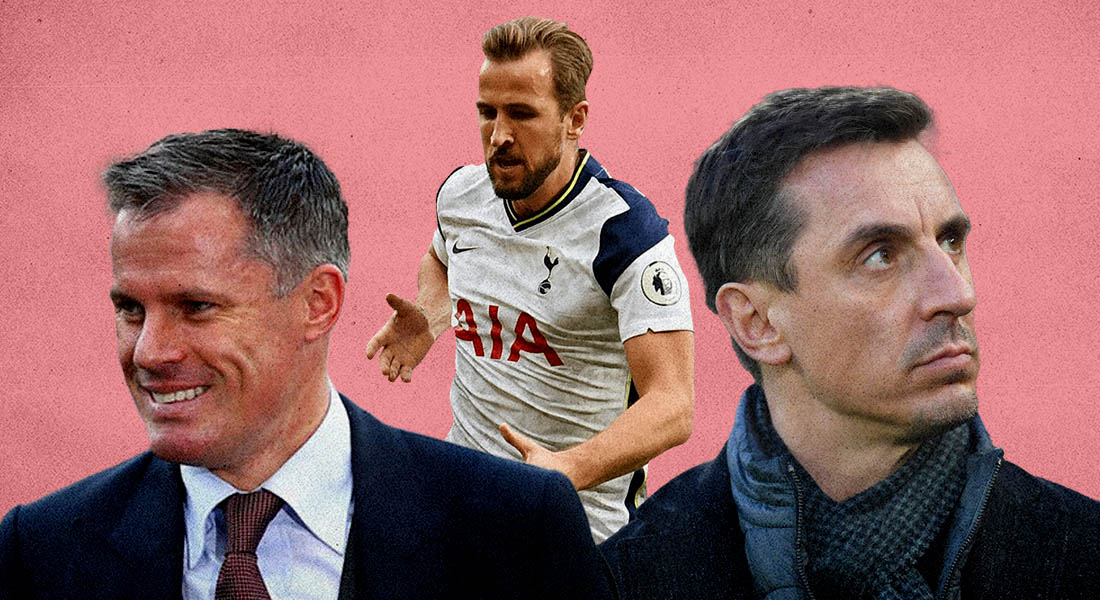 “Are you watching Harry Kane?” reverberated the new Tottenham Hotspur Stadium on Sunday night. Tottenham were beating Manchester City 1-0 without their star striker Harry Kane and the fans went crazy.

In fact, Manchester City is the team Kane has set his sights on to join. He has even skipped training with Tottenham to get his move. It didn’t go well with the fans who were unforgiving on the occasion. Contrastingly, England’s golden boy Kane is being batted a blind eye by the English media.

In the football world, professionalism is a must like any other field. Players are like regular employees who are bound to that contract and must turn up for the club whenever their services are required.

Training sessions, interactions with media, multiple club programs are part of the mandate. Trying to break away from these protocols may inevitably invite action from the club. Kane’s recent actions have put him on the line of unprofessionalism at his childhood club.

To many people’s wondering, English media which has an opinion on almost anything and everything remained tight-lipped on this issue. Kane, as the captain of the England national team, might be getting favourable treatment from English media

Harry Kane joined Spurs as a kid trying to pursue his footballing ambition. The blue-eyed striker blossomed into one of the best strikers in the world. Kane broke out in the 2014/2015 season and was initially branded as a one-season wonder. But the boy from Walthamstow has proved his quality time after time to win multiple golden boots at Tottenham. In the process, he became a key player for England and went onto captain them.

Your golden boot winner for the 2020-2021 Premier League season!

Kane, a professional for almost seven years hasn’t won a single honour to date. His Tottenham side have come incredibly close to silverware only to falter at the final stage. Champions League final in 20199, multiple cup final defeats stands as a testimonial for that.

Having recently turned 28, Kane is approaching the peaks of his prowesses. He doesn’t want to waste his prime without having a single winners medal to his name. Understandably, he has put in a formal transfer request to leave the club. Pep Guardiola’s Manchester City are his rumoured destination and are blessed with the finances to sign him.

Man City prepared to go to £150m for Kane, which many believe would at least get Spurs talkinghttps://t.co/AOnMHHkwkx

However, they failed to meet Daniel Levy’s £150 million evaluation of Kane. Levy who is a stern businessman doesn’t want to sell Kane for less than his value and without a suitable replacement. Both parties arrived at a stalemate and Harry Kane tried to force his move. He didn’t join Tottenham’s training session after the Euros and took an extended break.

This didn’t go well with the coaching staff and Nuno Espirito Santo left him out of the matchday squad against Kane’s potential employers Manchester City. It is understood that Kane is upset with Daniel Levy for not upholding their gentlemanly agreement. The coming days would decide how this saga unfolds.

GOLDEN BOY GETS AWAY?

After a final heartbreak at the Euros, the English squad returned home. They were all granted an extended gap by their clubs following their heroics. But players like Harry Maguire and Luke Shaw returned on time to training for their clubs.

When Harry Kane missed Tottenham’s training session in the wake of a potential move, it caused a furore. Fans and pundits were quick to react and the press passed their comments casually.

Let @paulpogba not turn up for @ManUtd training and see how the English media and fans go mad!
Helicopters & police forces out searching his location immediately 😂#kane #PremierLeague #FootballNews

Few believed that Kane was getting away with the criticism due to him being the poster boy of English football. Unprofessionalism isn’t to be tolerated anywhere by the media and pundits, yet they haven’t fully opened up on Kane’s topic. Rio Ferdinand was quick to point this topic by comparing Harry Kane to Paul Pogba.

Pogba, in the final year of his contract at Manchester United, is rumoured to be looking for a move away from the club. Despite not handing a transfer request, Pogba gets his fair share of criticisms from the press for wanting a move.

🗣 "Kane's not turned up for training and we call him a saint, Pogba's never said he wanted to leave and he's getting abuse."@MicahRichards @GNev2 and Graeme Souness argue about the treatment of Paul Pogba's future compared to Harry Kane pic.twitter.com/JADAyN0Gue

Other pundits like Jamie Carragher and Gary Neville have had contrasting opinions of this saga. Gary Neville has gone to an extent of calling Harry Kane a saint for his actions. It is this difference of opinion about different players that riled up another pundit Gabriel Agbonlahor. Agbonlahor took it out on Neville and co for defending Kane while taking a punt constantly on Paul Pogba.

To a neutral eye, this blatantly looks like the English media protecting their golden child Harry Kane instead of being truthful and judging him where it’s due.

HAS THIS BEEN THE CASE ALWAYS?

The English media always has a notorious tag when it comes to dealing with English players. There is a list of players who get overhyped by the media often and fail to live up to their expectations. The media are somewhat responsible for the mythical Premier League tax involved in the transfer of any English player in the league.

Euros ref chief explains why Raheem Sterling's penalty vs Denmark was right to be given https://t.co/uKUj8BLShl

Also, the way they are hyperactive in protecting their players. The press was criticised for calling out foreign players like Mohamed Salah for diving while praising their own players for game awareness for winning penalties. It is this hypocritical nature and bias that exposes the media grossly at times.

Even in the recently concluded Euros, there was no short of controversy. Raheem Sterling’s dubious penalty call in the semi-final against Denmark divides opinion. The broadcasting giants BBC faced strong remarks over its pro-English bias during the broadcast. Though BBC has strongly rebutted the allegations, there is displeasure amongst its critics.

Transparency, unbiased nature must be the cornerstones for any media outlet. They must be upheld come what may for any player in the world.