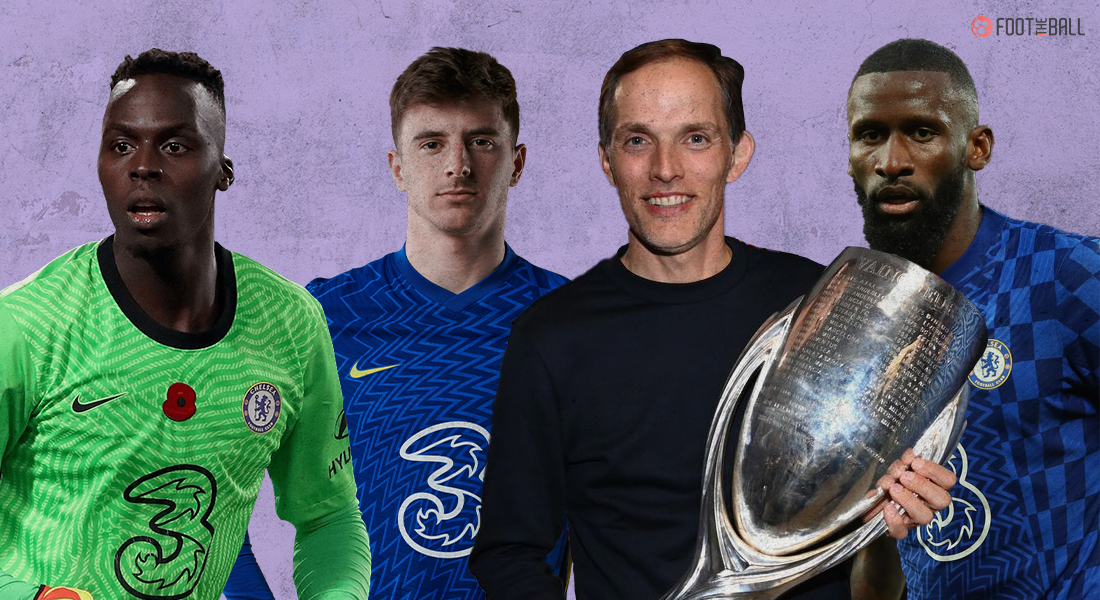 Chelsea have looked like a side reborn under the stewardship of Thomas Tuchel since January. Yes, they finished fourth after an almighty scramble towards the end of the season, the same as in 2019-20. However, the troubles of the past season were largely due to the nonperformance under Frank Lampard till he was sacked.

Thomas Tuchel said this when he joined Chelsea in January.

They've not lost a single game since. pic.twitter.com/AdVGT5f98v

The Blues made no signings in the winter transfer window which goes to show just how effective Tuchel’s approach has been. The Champions League was the final proof after they shut down Manchester City enroute to a famous victory. The new campaign has started off in a similar fashion after lifting the UEFA Super Cup on penalties.

All of it sparks extreme optimism amongst Chelsea fans that they once again have a manager who can win them the Premier League. The larger picture it seems is that Tuchel has qualities that all their previous famed coaches displayed.

Jose Mourinho’s time at Chelsea during his first spell was highlighted by a stingy defence and supreme attack. Despite Chelsea’s misgivings in scoring for some parts of the season, their defence has improved leaps and bounds. Indeed, Tuchel’s arrival started a run of 10 games where they only conceded twice in the league.

That equals José Mourinho’s defensive record in his first 10 games in charge, in 2004/05.

Keeping aside the 5-2 loss to West Brom, the majority of Chelsea’s games saw them scoring either once or twice while keeping a clean sheet. That is not to say that they only want to sit back and defend. During the semi-finals of the Champions League, and especially in the second-leg, Chelsea ran rings around Real Madrid.

32% – Chelsea beat Real Madrid tonight with a possession figure of 32 percent, last winning a UEFA Champions League match with less possession against Barcelona in 2012 in the first leg of the semi-final (21%). Strategic. #UCL pic.twitter.com/56ztZiyIml

Los Blancos never looked like scoring or flirting with a comeback as the favoured front three of Kai Havertz, Timo Werner, and Mason Mount ran amok. Knowing what the situation demands and setting his team up accordingly is something that has underlined his tenure so far. Tuchel has not been afraid to make bold calls in selection or demand improvement from his players in public.

• Fewest goals ever conceded in a winning Champions League campaign (4, in 2021).

He has rejuvenated Antonio Rudiger’s career while N’Golo Kante has been looking like his imperious former self. Furthermore, Tuchel knows that there are certain players who will be suited for certain match-ups and uses them cleverly. Having Christian Pulisic on the bench and using his pace during the second half of matches has been one such instance.

As stated above, the consistency with which Tuchel has improved the defence has been staggering. Rudiger, Thiago Silva, and one of Kurt Zouma or Andreas Christensen are deployed in a back three of course made famous by Antonio Conte in London. Tuchel’s insistence on this line of defence has yielded the desired results and even during the rare moments of failure, his faith has not wavered.

Silva had a tough start to his Blues career, struggling under Lampard to get his game right and adapting to the intensity. However, he has looked a different man since the German’s arrival who has insisted on using the Brazilian. Despite the presence of so many experienced campaigners, Tuchel has also given chances to youth players.

Callum Hudson-Odoi and Billy Gilmour played 37 and 11 times respectively across all competitions. While the Scotsman has been loaned out for this season, the debut and performances of another youngster has been inspiring. Trevor Chalobah started both the games against Villarreal and Crystal Palace respectively.

The defender was immense in his performances in both matches, keeping the Spanish side’s attackers at bay many times while netting his first goal during his Premier League bow. Though he might be sent out on loan once the regular starters return, there is no doubt that Tuchel is not afraid to use the talents at his disposal no matter the age. This is right out of Lampard’s textbook and it is set to continue no doubt.

Tuchel has seen a lot of plaudits come his way and it has been richly deserved. His decision to drop Kepa in favour of Edouard Mendy was one of his earliest decisions and that has paid off immensely well. Mendy has been a standout performer for the team, finishing second in the Golden Glove race behind Ederson.

It was no surprise that he was chosen to start in the Super Cup as well but what happened next has been considered one of his bravest calls in charge. With the game heading towards a penalty shootout, Tuchel brought on Kepa with his intentions clear. The gamble paid off handsomely as Kepa’s save from Raul Albiol ultimately won them the trophy.

"This was planned and openly discussed with the goalkeepers."https://t.co/Qlj1h4F2Wu

That sign of trusting the Spaniard was a far cry from the days of Maurizio Sarri when he refused to be subbed off. Furthermore, his faith in Marcos Alonso has also reaped rewards in the two games of the season so far. He was an absolute menace down the left flank and it will be hard for Ben Chilwell to displace him.

Starting the week with this bit of magic from Marcos! 🪄

All the #MondayMotivation we need! 👊 pic.twitter.com/ckR8X2RfrL

However, the main intent of just how much Tuchel wants Chelsea to continue winning has been the long-term return of Romelu Lukaku, just one summer removed from purchasing Werner, Havertz, and Hakim Ziyech. The 28-year-old Belgium international has developed into a lethal goal-scoring machine during his stay in Italy. These kinds of brave approaches echo the time of Carlo Ancelotti and Roberto Matteo.

Chelsea are well and truly back in contention for the league title this season despite Tuchel’s insistence that they are only “fourth-favourite.” Their rivals will no doubt be a bit more wary from now on.