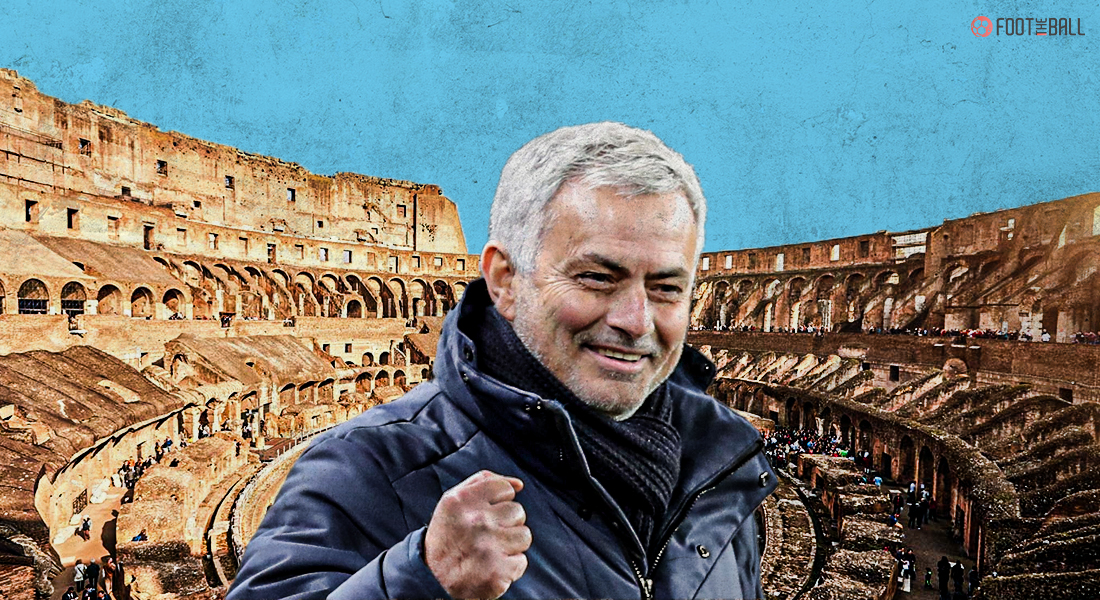 As a new Gladiator steps foot in the city, the Roman voices echo Jose Jose Jose. The Special One will embark on his latest quest in the European circuit this time in Italy with As Roma. It was announced today that Jose Mourinho will take charge of the Giallorossi next season with current manager Paulo Fonseca set to move on.

It’s quite certain Jose Mourinho has a place on the 21st Century Mount Rushmore of football coaches. It’s beyond doubt that Mourinho has been one of the most influential coaches in football. The Portuguese has been at the helm of the game since leading Porto to the treble in 2004. Having erased the word failure from his repertoire, Mourinho went on to dominate in the three biggest leagues in world football. Winning league titles in England, Italy and Spain.

"After meetings with the ownership, I immediately understood their ambitions for Roma. Together we want to build a winning project.

“The incredible passion of the fans convinced me to accept the job. I can't wait to start next season. Daje Roma!"

Since his return to England in 2014 the graph of success has had more troughs than crests. After winning the League title at Chelsea in his second season upon his return, Mourinho has failed to win the league at Manchester United and Tottenham Hotspur.

15 days since he was sacked by Daniel Levy, Mourinho has been snapped up by AS Roma to lead the side next season. As Jose returns to Italy, FootTheBall takes a look at the tools he will be inheriting and can he deliver success in the Capital.

In recent years a lot has been made of Mourinho’s man-management. He has failed to inspire league title success at his last two clubs, which were also riddled with player clashes.

Mourinho has always been a difficult personality to work with. It’s been more evident in the recent past and his failure to inspire the modern player has been a talking point.

José Mourinho has signed his ‘top secret’ contract until June 2024 with AS Roma yesterday. He strongly wanted to return in Italy. 🇵🇹🛬

Sarri was never an option: the only contact with AS Roma was in January. Mourinho was chosen by the Portuguese sports director Tiago Pinto. 🟡🔴

At Roma, Jose will have to get accustomed to the fact that he may no longer be able to attract the best players. Roma have had financial problems and the budget for recruitment will be rather ordinary to what Jose is ideally used to.

He will inherit a squad that is perhaps politely described as experienced and realistically described as ageing. The likes of Chris Smalling, Henrikh Mkhitaryan and Pedro have already played for him, but were not particularly happy. And then there are players like  Stephan El Shaarawy, Davide Santon, Javier Pastore and Edin Dzeko who are possibly the kind of veterans that might align with the Jose Mission.

Mourinho’s main objective with Roma will be to qualify for the Champions League. Roma are to miss out on qualification for the third season running now. As you picture Jose’s management curve, the challenge of the objective seems to be dwindling.

At Spurs, although a club with huge modern-day ambitions, a trophy irrespective of size was the call of the hour, now at Roma who last won the league in 2000-01 season and the cup in 2007-08, qualification to the Champions League consistently will be the major objective.

The expectation to dream bigger after grabbing Mourinho will resonate with the fans, but realistically that’s a massive project in the making. Fans will be excited to see Jose take on Conte, but without raining on the Roma parade, Jose won’t get his moment in the sun anytime soon.

At the moment Roma are 27 points and 6 places below Serie A champions Inter Milan and it looks highly unlikely that gap will close next season, however, it be down to Jose to start assembling the jigsaw as his appointment has been heralded as a project and not one where he is meant to bring instant success.

WILL HIS METHODS WORK?

Mourinho has always been labelled a defensive-minded coach. In the past, his methods weren’t questioned because of his ability to get the job done. The very same ability has made him one of the best football managers of the 21st century. However, with the game evolving and the DNA of certain clubs possessing an entertainment strain, he’s been criticised and been called a dinosaur.

Mourinho will have to align his methods with the objectives, history and tradition of the club. Pacifying the fans will be of utmost importance. Winning the approval of 70,000 fans at the Stadio Olimpico will have to be at the top of his agenda. However, if there is one thing that can be learnt from his spell at Tottenham and Manchester United it’s that “Reputations linger much longer than the reality they are supposedly trying to portray”

Mourinho is well aware of the call to play football with a high line and suffocate your opponents with a possession. However, it’s a method that is alien to him, it’s a method that he has tried to embrace in certain sense from his time at United and Spurs but more times than not. he went back to the defensive low block.

It’s not to say Mourinho’s tactics won’t work at Roma, after all, he has delivered success in Italy before. He is well aware and acquainted with the Italian game. Often heralded as the league where you need to possess sharp tactical acumen, Jose will do well to start the rebuild of foremost his reputation and then take Roma to possibly their first trophy in over a decade in the years to come.