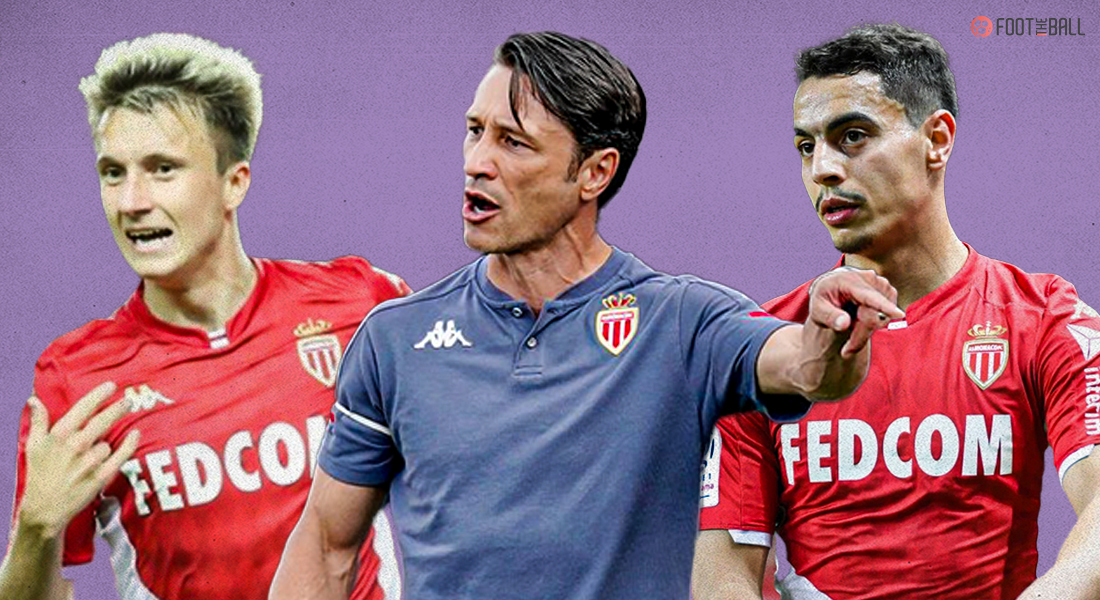 Monaco had a pretty disappointing 2019-20 by their standards. They finished 9th in Ligue 1, while exiting both domestic cup competitions at the round-of-16 stages. Leonardo Jardim was let go before the turn of the year with former Spain manager Robert Moreno being brought in. With the season being abandoned due to the coronavirus pandemic, it was evident big changes were coming.

🖊🇩🇪 AS Monaco are delighted to announce the arrival of Kevin Volland, who joins us for the next 4 seasons.pic.twitter.com/8W45e50FuV

The club hired former Croatia and Bayern Munich manager Niko Kovac to lead the team. The most notable player brought in was Bayer Leverkusen striker Kevin Volland. Along with defenders Caio Henrique, Axel Disasi joining a good crop of youngsters and old heads, Monaco and Kovac were looking to have a much improved campaign this time around.

Monaco’s season can be broadly classified into a wobbly 2020 and a fantastic 2021. They started their campaign with 10 points from the opening five games. That was followed by just one point from their next three. Steadying the ship with four consecutive wins, including a 3-2 win over PSG, Monaco won just one game in December to close out the year. The remainder of the campaign saw a completely different Monaco.

The club lost only twice in 21 games and were challenging for the title for long periods of time. Though that dream was ultimately ended by a crucial loss in the closing weeks along with their opponents not letting up, Kovac and co. can be very proud of what they achieved.

📈 Niko Kovac has a higher winning first-season ratio (67%) than any previous AS Monaco coach. 👊 pic.twitter.com/ksyiANFuR9

In the Coupe de France, Monaco made it all the way to the final against PSG. With many favouring the principality club to finally end PSG’s dominance in the cup, Monaco threw up a duck. Their shutout loss to the Parisiens put paid to their dreams of the season ending with silverware.

Going down 2-0 at home to the defending champions is never ideal. Kylian Mbappe’s brace before halftime seemed to have ended Monaco’s hopes of a third consecutive league win. However, the halftime team talk must have been amazingly inspirational as Monaco came out firing. The subbing on of Cesc Fabregas was key. New signing Kevin Volland struck twice midway through the half, to set the game up for a grandstand finish.

Cesc Fàbregas came off the bench with Monaco down 2:0 to PSG, and he led them to a 3:2 comeback win with this performance:

Those goals seemed to have rattled the visitors when they conceded a penalty with 10 minutes remaining. Abdou Diallo dragged back Volland inside the box and the defender was shown his marching orders. Fabregas calmly slotted home the penalty to snatch all three points. This win propelled Monaco to 4th on the table and they would complete a famous double over the Parisiens later in the season.

With the chance of winning the competition, Monaco fluffed their lines at the worst possible time. They were behind in the opening 20 minutes, after a mistake by Disasi near the edge of the box set Mbappe through. The forward unselfishly squared it to teammate Mauro Icardi who stroked it into the empty net. Monaco tried hard to get back in the game, with Gelson Martins’ deflected cross rattled off the crossbar in the 70th minute.

Not our night in Paris. Congrats to the boys on this season's @coupedefrance run. Focus turns to Sunday 💪 #ASMPSG #CDF pic.twitter.com/0eUOmeTq1N

However, that was as good as it got for Kovac’s side. Tormentor-in-chief Mbappe got on the end of a Angel Di Maria pass before chipping the ball for the game’s second goal. With less than 10 minutes left in the match, Monaco failed to trouble the PSG goal as they fell at the final hurdle to win the trophy.

The ace striker had his first 20-goal league season ever, along with seven assists. Ben Yeddar had been ever present in the side with 32 starts and was a big reason why his side finished 3rd. Along with attacking partner Volland (16 goals, seven assists), they formed one of the deadliest duos in the league. Ben Yeddar’s intelligent running and ability to carry the ball forward quickly made him a much relied upon asset.

He was captain of the side as well which is further proof of just how indispensable he is to Monaco. His assists and shots (both P90) saw significant rises to 0.24 and 2.74. Though there were other standout performers in midfield, Ben Yeddar’s prowess in front of goal assured his side of Champions League football next season.

The Portuguese winger made 20 starts this season, the same as last year. However, his rate of production fell sharply. Martins’ goals, shots, and chances (all p90) were lower when in comparison to 2019-20. He has found game time hard to come by with the emergence of Golovin and the pair of u-21 French stars in the setup.

With just three goals and two assists, it has been a disappointing year. It will be important to see how his future is dealt with by the club. Martins has a lot of potential but has failed to properly channel that into his game. If he can get better and work hard, there’s always the chance of him establishing himself as a star in this team.

Monaco have had a fantastic year in terms of league position and dominance. Their finish in the top-3 is as good as it can get for a manager’s debut season. They have also secured Champions League football for next season. The loss in the Coupe de France will remain a sore point along with their title challenge faltering towards the end. However, with a solid base to build on, this team will only keep getting better.