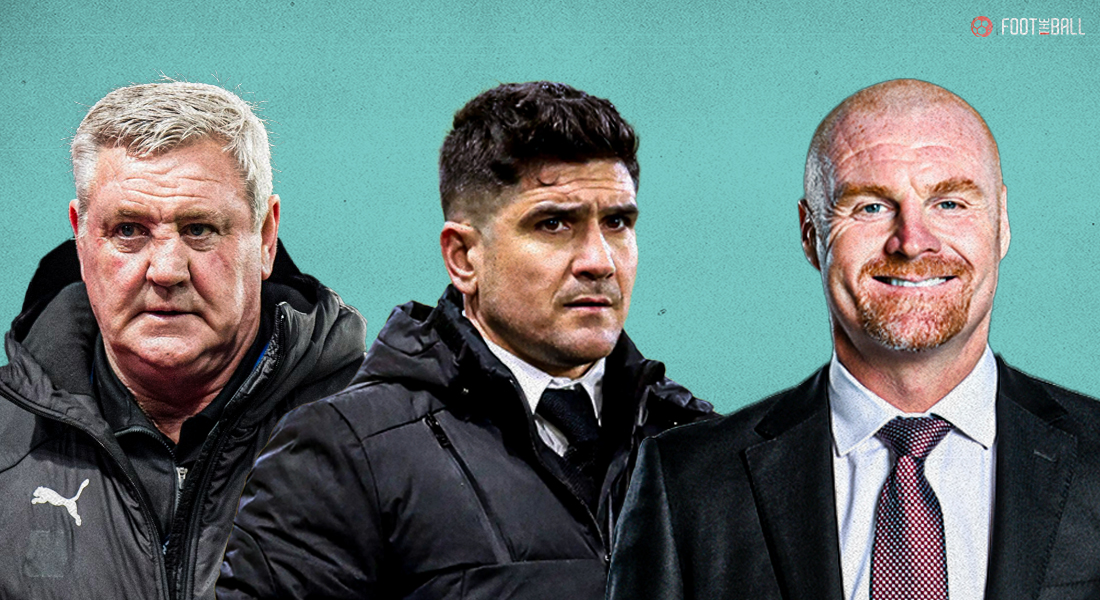 In less than ten days, the Premier League is set to return, with newly-promoted Brentford starting off the 2020-21 season by hosting Arsenal at the Brentford Community Stadium on Friday, August 13th.

The majority of the clubs have been very active in the transfer market, with Manchester City being the latest club to announce their newest signing, Jack Grealish from Aston Villa, for a British record fee of £100 million.

While City have signed the English superstar in order to strengthen their grip at the summit of the Premier League, many of the clubs in the bottom half of the table are strengthening their squads so as to avoid relegation at the end of the campaign.

However, relegation from the Premier League to the Championship is inevitable for three teams so here are the three teams that FootTheBall thinks, will take the drop to the second division in May 2022.

Ever since Steve Bruce was appointed ahead of the 2019-20 season, Newcastle United were expected to drop under the former Manchester United defender’s management, and although he has gone on to keep the Magpies up in the Premier League for two consecutive seasons, it looks like the third time lucky chance is not going to work, given the circumstances.

Newcastle United can now announce that Steve Bruce has been appointed as the club's new head coach.

Although seen as a safe option, Bruce does not entertain the fans with his style of football, and having replaced a manager of the stature of Rafa Benitez, it was obvious that the fans would be ready to despise the man at any given opportunity. Until their impressive performances in April, which included a spirited draw against Tottenham and a win against Burnley, fans were not hopeful of the club avoiding relegation from the Premier League.

This season too, it might be a similar account of fans being disappointed with the manager but if Bruce does not try and make his team play to suit the skills of the more talented players such as Allan Saint-Maximin, Callum Wilson, and Miguel Almiron, the idea of falling down the division may become a reality.

On the recruitment front too, everything isn’t merry. It has been since the summer transfer window has been open and the club have gone on to recruit only three young players, who would predominantly team up with the under-23 squad. Apart from that, the Magpies haven’t conducted any business, incoming or outgoing, and having an ageing defence would not do any good to Bruce and co. 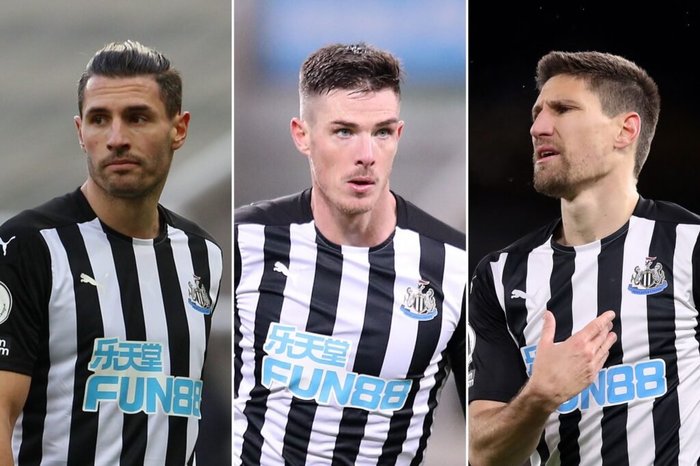 The ageing defence is quite a problem for Newcastle and has to be dealt with quickly before the season starts. (Image Courtesy: Mirror / Website)

Ciaran Clark and Federico Fernandez are already 31 and 32, respectively, while Paul Dummett and Fabian Schar are set to turn 30 by Christmas. Their captain, Jamaal Lascelles too, turns 28 but his injury issues are another major concern for the manager. Axel Tuanzebe was touted to be their first signing, albeit on loan, but the Manchester United youngster is set to move to Aston Villa. 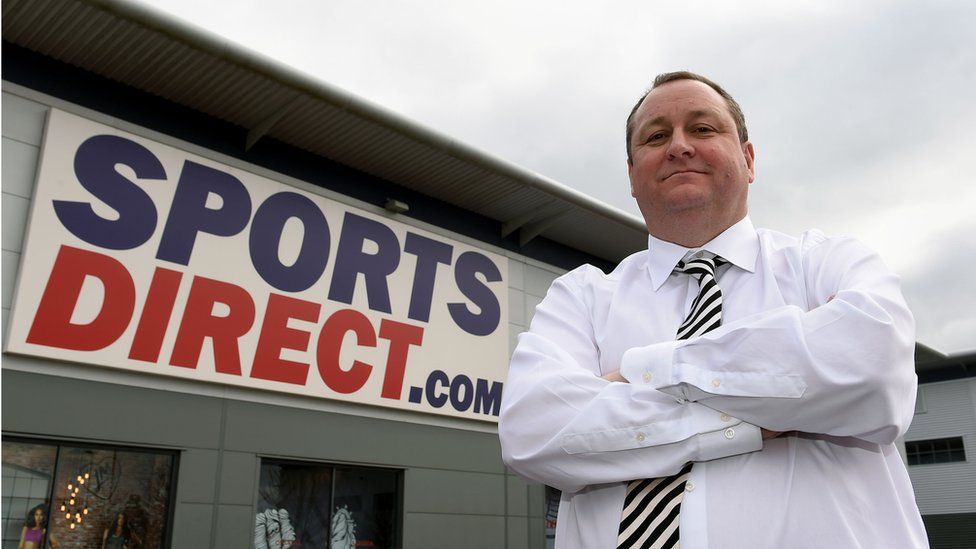 Mike Ashley and his company Sports Direct’s financial struggles are another major issue. Without the money from Ashley, Newcastle cannot spend and without any spending in the transfer market, the team does not improve. With all other rivals strengthening their squads before the start of the 2021-22 season, it has to be seen whether a miracle for the third time running or is the magic over for Newcastle?

Burnley have been quite the rollercoaster team since their promotion into the Premier League. They finished in 16th position in the 2016-17 season after touching the magical 40-point mark before going on to surprise everyone across by finishing 7th the following season and qualifying for European football.

In 2018-19, it was a similar situation to the season after getting promoted, as they again finished with 40 points in the bank but now in the 15th position. And after finishing in 10th position in the next, Burnley managed to avoid relegation in the last season of the Premier League after securing 17th although the gap between them and Fulham who faced relegation after finishing 18th, was a whopping 11 points.

If the pattern follows for the sixth in a row, then Burnley should finish in the top half of the season, but it looks like that might not be the case in 2020-21. The club might have got new owners in ALK Capital but their present squad situation and their activity in the transfer market do not instill any confidence.

REACTION | SD looks ahead to the summer… 🗣

Sean Dyche will want to improve his ageing and small squad, but the players who are joining aren’t at Premier League level and Dyche will want his new owners to provide him with some quality players. Last season Burnley spent a total of £1 million, the least in the entire league, and did not replace the outgoing Jeff Hendricks and Aaron Lennon adequately.

Although their purchase of Nathan Collins from Stoke City for £12 million is a good one, nothing much has happened at the club, with Wayne Hennessey being the other high-profile signing. Dwight McNeil and Johann Gudmundsson are the club’s only recognised wingers and McNeil is on the radars of clubs such Everton and Aston Villa, with Villa particularly interested in bolstering their squad after what has been a wonderful transfer window for them. 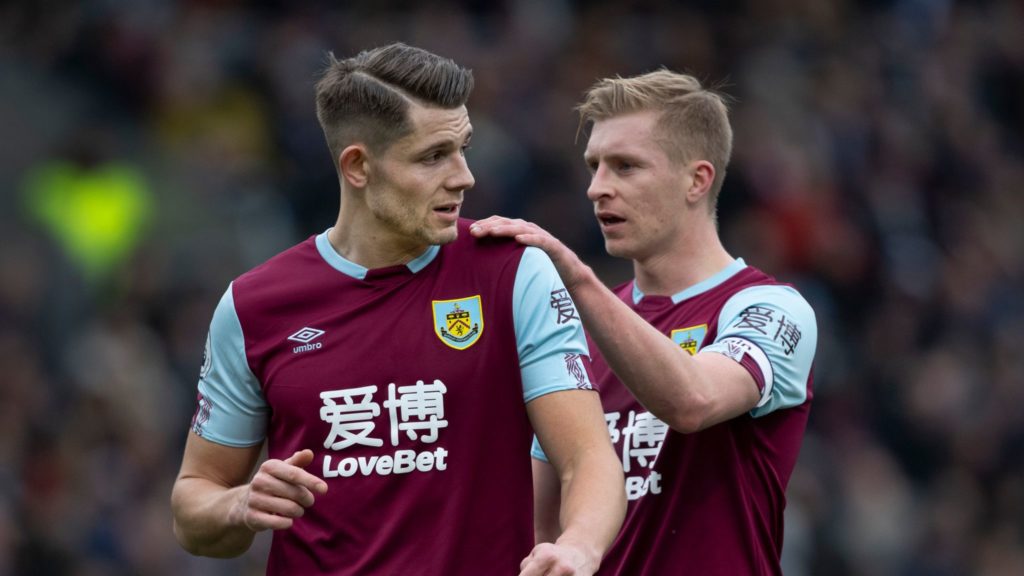 Both Mee and Tarkowski have had numerous injury issues in the previous season. (Image Courtesy: Premier League / Website)

In defence too, there are too many problems. Even after Collins’ signing, Dyche has only Ben Mee, James Tarkowski, and Kevin Long as his central defensive options, with the former two having injury concerns in the entirety of the 2020-21 season.  They might even need a replacement at right-back too, with Matt Lowton and Phil Bardsley 32 and 36 respectively.

Unless they do all this in the coming three and a half weeks, it will be an uphill battle for the Clarets this season, and relegation from the Premier League might look likely again.

Like Norwich City, Watford return to the Premier League after just one season in the Championship and they return with essentially the same core of players. Their ageing captain, Troy Deeney is still present while veterans such as Ben Foster, Christian Kabasele, Craig Cathcart, and Tom Cleverly did not leave the club while the club faced relegation in the 2019-20 Premier League season.

Thank you for your incredible support in what has been a long and difficult season.

We are Watford and we will bounce back, together 💛 pic.twitter.com/PTFh4LV2LJ

Although Norwich had come back into the top-flight on the back of their extravagant attacking football under Daniel Farke, Watford were the complete opposite as most of their wins were based on a strong defence and their ability to keep clean sheets. But that might not be the same anymore given the quality in the Premier League and with many clubs making record transfers, it is going to be a tough season ahead for Kabasele and co.

In terms of their recruitment, Watford have done better than the above-mentioned teams, but it has been somewhat erratic. While a part of the business has been smart work, some of the signings do not make sense to many of the fans and general viewers.

✍️ We are delighted to confirm the signature of striker Joshua King!

The Norway international has agreed a two-year contract with a club option for a further season.

Signings such as Josh King and Danny Rose on free transfers and Imran Louza for £9 million from FC Nantes can be seen as bargains but it is the other deals that are raising the eye. Kwadwo Baah and Mattie Pollock were bought from Rochdale and Grimsby Town, clubs in League One and National League, respectively, while the signings of Emmanuel Dennis and Dapo Mebude from Club Brugge and Rangers, respectively, after underwhelming seasons cannot be understood by fans.

✍ Danny Rose has agreed a move to Vicarage Road, we're delighted to confirm.

Welcome back to Watford, Danny! 🐝@_AFEX

Adding to that is the hire and fire policy of the Pozzo family, the owners of Watford. In just the two previous seasons, the club has seen five different managers and four sackings, with Xisco Munez being the latest managerial appointment. It has to be seen whether they have learned from the 2019-20 season by the end of which they had run through three managers. Javi Garcia, who led the club to the FA Cup final in the previous season, was sacked in September, Quique Sanches Flores returned to the club but only lasted 12 matches, and then Nigel Pearson came in to save the club from relegation but was sacked with two games remaining. Even in the 2020-21 season, they had sacked Vladimir Ivic before Xisco’s arrival, but the Spaniard’s arrival had seen a turn in the fortunes. 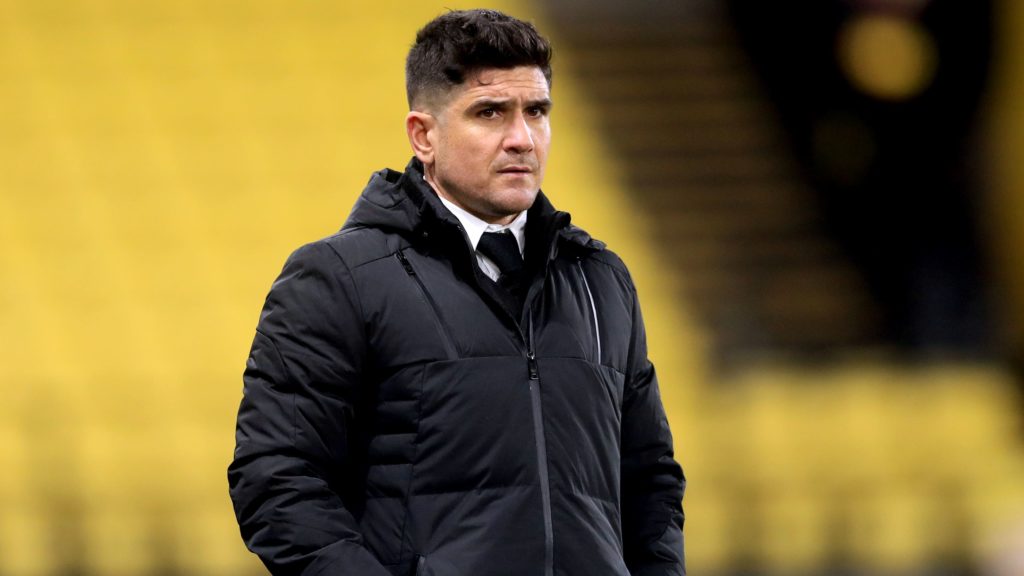 Will Xisco be given time at Watford this season or will he be sacked like his predecessors?. (Image Courtesy: BT / Website)

Will the fortune and the manager stay, or will the management resort to their old tactics and not give time to Xisco if things don’t go well because if Watford gets dropped, the management will be one of the main reasons for their relegation from the Premier League.