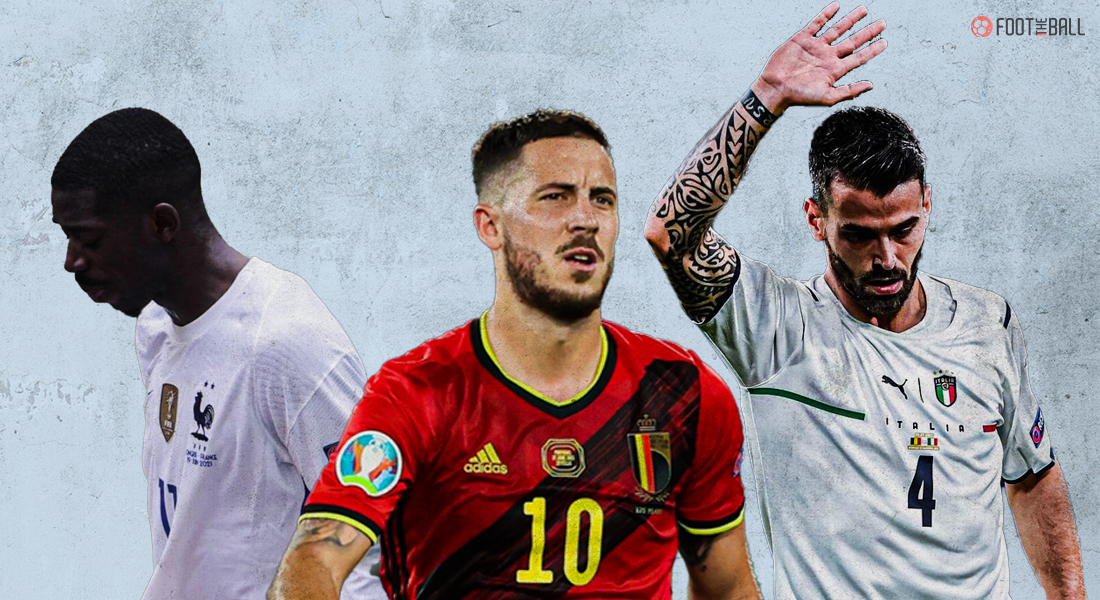 The flamboyant jamboree of football inches closer to a fairytale ending with the semi-finals of Euros and Copa America knocking on our doors. Adding to the catalogue, the city of Tokyo is prepared to host the rescheduled Olympics building on the festivities. A pandemic forcing people to stay inside combined with non-stop International football seems like the perfect recipe for the fans. But the people bearing the problems because of a jam-packed summer are the footballers donning their countries’ jerseys who are on the road for a pandemic of injuries.

Injuries are like a complimentary dessert in a season of endless football. With the Euro and Copa America already ruling out a few big names, the Tokyo Olympics would certainly endanger the career of a few youngsters.

The real question remains if a season full of injuries is looming upon us. With all the European Leagues kicking off in August, players will have a smaller season-off. And injuries could dominate the club’s problems list when they prepare for their domestic battles.

Jurgen Klopp’s love affair with injuries continued when a commanding Liverpool outfit almost failed to secure a Champions League spot. From towering defender Virgil Van Dijk to recent purchase Diogo Jota, the injuries inventory seemed to be endless. And that cost the Reds a prolific season in England. The reigning champions lost their throne to Manchester City while their European Dreams were interrupted by Los Blancos.

Virgil van Dijk will undergo surgery on the knee injury sustained during Saturday’s 2-2 draw at @Everton.

Following surgery, Virgil will begin a rehabilitation programme to enable him to reach full fitness as soon as possible.

The road wasn’t easy for Zinedine Zidane’s army as well. The Spanish giants were battered by their neighbours who have crowned champions of Spain while the owners of the Champions League rented their title to the young guns of Thomas Tuchel.

These instances prove that injuries could create immense pressure for a manager hungry for titles. When a world-class roster is pounded by injuries, the team could lose momentum. The train falls off its track and in the battle of lions, a napping cub can never survive.

The Euros and the Copa America have experienced a handful of injuries that have hindered their team’s aspirations. Eden Hazard’s absence because of a pulled muscle meant Italy thrashed the Red Devils spoiling Belgium’s golden generation party. But Hazard’s absence could cost a fortune to Los Blancos. Carlo Ancelotti wanted to ignite a revamp at Santiago Bernabeu but without the Belgium superstar, the hurdles in front of Ancelotti have doubled.

Ousmane Dembele, an alternative to Didier Deschamps’ attacking arsenal, picked up an early injury and was forced to depart early from the European summer. A secondary to Memphis Depay and Lionel Messi at Barcelona, Dembele could have bolstered the strike force at Camp Nou. But unfortunately, Demebele’s adoration of bruises has continued for another season.

The directory continues with Spinazzola being the latest entry. The Italian defender has been the find of the Euros completely turning around Azzurri’s destiny. But an injury in the last knockings of the game against a depleted Belgium side disrupted his silverware dreams. But more than that, Spinazzola’s exceptional form could have been exploited by Jose Mourinho, the new grandmaster at Roma.

A pandemic of injuries could be on the cards with the European teams bearing the cost of it. The Champions League conquerors have sent their troops to the Euros and South America both. A revamped Tuchel outfit are the front-runners to lift the Premier League title. But if even a single Blues soldier picks up an injury, Tuchel’s title could be thrown to any other Premier League squad.

Last season started with covid-19 disrupting the campaign and the 2019/20 Champions League winners were announced on 23rd August 2020, rather than April. The new season started after just a few weeks with 19th September being the kick-off date. With no recovery given to players, footballers were expected to provide their services for their domestic clubs.

Constant training throughout the week, a bio-bubble you can’t get out of, and persistent pressure to maintain a benchmark, the players sometimes falter under the pressure. While the round-the-clock constraint and fewer days for recovery increase the chances of a player picking up an injury. A tight schedule and international duty add to the pickles as players are left hunting for silverware.

Lionel Messi, the heart of Barcelona played almost every minute of football at Camp Nou. Bagging another brilliant goal scoring season and rounding it off with a Copa Del Rey title. But still, his urge to win an international silverware has forced him to play for La Albiceleste for the full 90 minutes throughout the group stages.

Although after a nerve-racking summer, players will get their required rest for a while the guarantee of being safe from the pandemic of injuries doesn’t exist. The Tokyo Olympics would be another hurdle to jump above for youngsters like Riqui Puig and Jamal Musiala who have already played large minutes for their clubs.