The Peacocks of Yorkshire 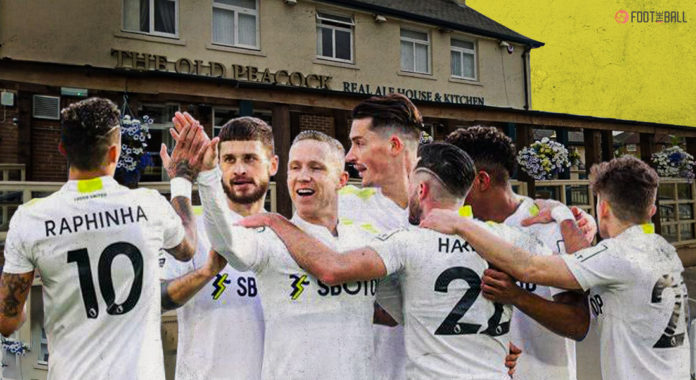 Leeds United are one of the proudest clubs in English football, and with good reason. Three league titles and one FA Cup is nothing to scoff at but Leeds were even better. They managed to reach European finals back in their heyday and consistently competed in the top-flight. However, having been relegated in 2004, they spent the next 16 years trying to get back into the limelight.

A famous rivalry between Leeds and Manchester United is one of the cornerstones of football rivalry in the country, given the respective history between Yorkshire and Lancashire. Though the team has found the going tough this season and are hovering just above the relegation zone, there’s ample reason to believe that The Peacocks will pull through eventually.

Yes, indeed Leeds United are also called by that name and though it may have gone out of fashion in recent times, it’s worth remembering how exactly the name came about for it’s attached to the club’s founding times and the stadium.

The tale of two Leeds

Leeds United were not the first club in the city, having only been formed in 1919. Before that, it was Leeds City which took part in the Football League from 1905 and started drawing larger crowds as Herbert Chapman arrived at the club. However, they were forcefully made to end their participation in the Football League in 1919 after being found guilty of making illegal payments to its players during WWI.

That same year, the current iteration of the team under its new name was constituted and given the license to enter the Midland League, which was the old fifth-division (outside of the Football League). Elland Road was passed onto Yorkshire Amateurs but they gave the stadium to the new team. Furthermore, help also came from Huddersfield Town in terms of money and Arthur Fairclough was installed as manager. All of the plans paid off with Leeds winning promotion to the Football League at their first attempt in 1920.

Having consolidated their position, they reached the top-flight in 1924 after winning the Second Division title. Thus began their journey amongst the various divisions amidst all the winning and losing.

The pub connection to the club

Coming to how Leeds United came to be known as ‘The Peacocks,’ the backstory to it is interesting and different from the usual ones for other clubs. Elland Road, their stadium at the bottom of Beeston Hill since the club’s inception, was then owned by Bentley’s Brewery. The company had a pub very near to Elland Road known as The Old Peacock which by habit lent its name to the stadium.

Hence, people started calling Elland Road as The Old Peacock Ground and by extension, the team that played there became The Peacocks. The pub became famous due to its association with Leeds United and still stands as the closest to the stadium. However, the nickname has almost gone out of fashion in the modern times with Leeds mostly going by their original name or even The Whites.

A fixture of English football

Elland Road has been one of the most well-known stadiums in England, with Leeds playing their home games here for more than a century. Over the years, though they are not called The Peacocks much by anyone, that has not stopped a ton of memorabilia to be sold featuring a peacock on them. Most of the products use the former kit colours of blue and gold and have stuck as a memory of the times when the club came into existence. The current colours have of course changed to an all-white home stripe but a football team can never really outgrown their roots and that is clearly visible in how dear the supporters hold the memories.