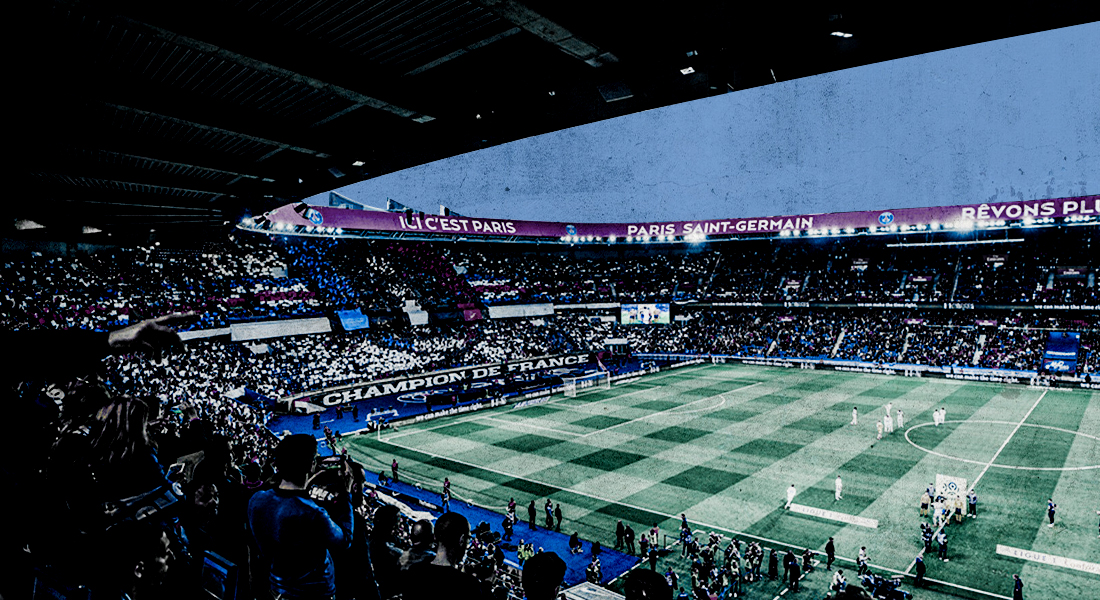 Paris Saint-Germain, or PSG were formed in 1970 when Paris Football Club merged with Stade Saint-Germain with Le Parc des Princes as their home stadium.

They have won the top-flight title in France 9 times, the Coupe de France a record 13 times, and the Trophee des Champions a record 10 times. They’ve won the Ligue 2 title once and the Coupe de la Ligue a record 9 times. Along with Olympique de Marseille, they are one of only two French clubs to win a European club competition.

Paris Saint-Germain’s home stadium, which is mythical in itself – the Parc des Princes, is unique and has hosted countless iconic events that have forged its history over the years.

The Parc des Princes is a unique stadium, as much for its architecture, its indescribable atmosphere during major national and European events, as for its history and the players who have played there. Take a walk around the outside of the Parc des Princes and you will be struck by the murals depicting great Paris Saint-Germain players of the past, from George Weah to Pauleta and Zlatan Ibrahimovic.

The first Parc des Princes was built in 1897, the Parc as we know it today dates from 1972, following the work of the great architect Roger Taillibert. The ground was initially created as a multipurpose venue for hosting football and rugby games.

From the 1974 – 1975 season, PSG officially became the resident club at the Parc, coinciding with the Parisians’ first participation in Division 1. 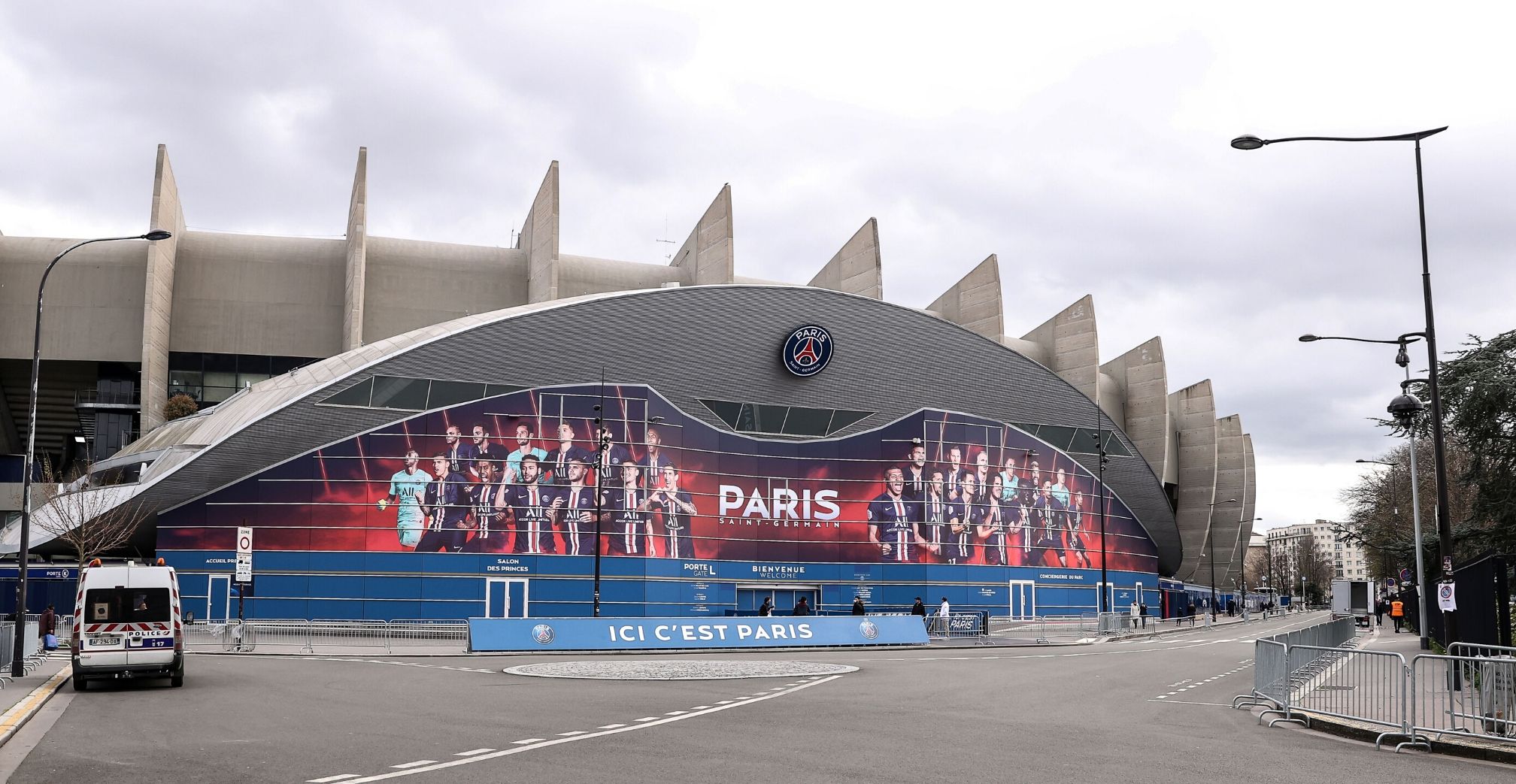 In terms of history, though, the Parc des Princes is unrivaled, having hosted some of the biggest games in the club and international football. It has been home to PSG since 1974, and they have gone on to play more than 1,000 matches there.

Its name is derived from the fact the site was once a hunting ground used by members of the royal family in the days before the French Revolution. Initially, it was a velodrome, and for much of the 20th century, it welcomed the finish to the last stage of the Tour de France, while the French national team played its first home international at the Parc des Princes against Switzerland in 1905. 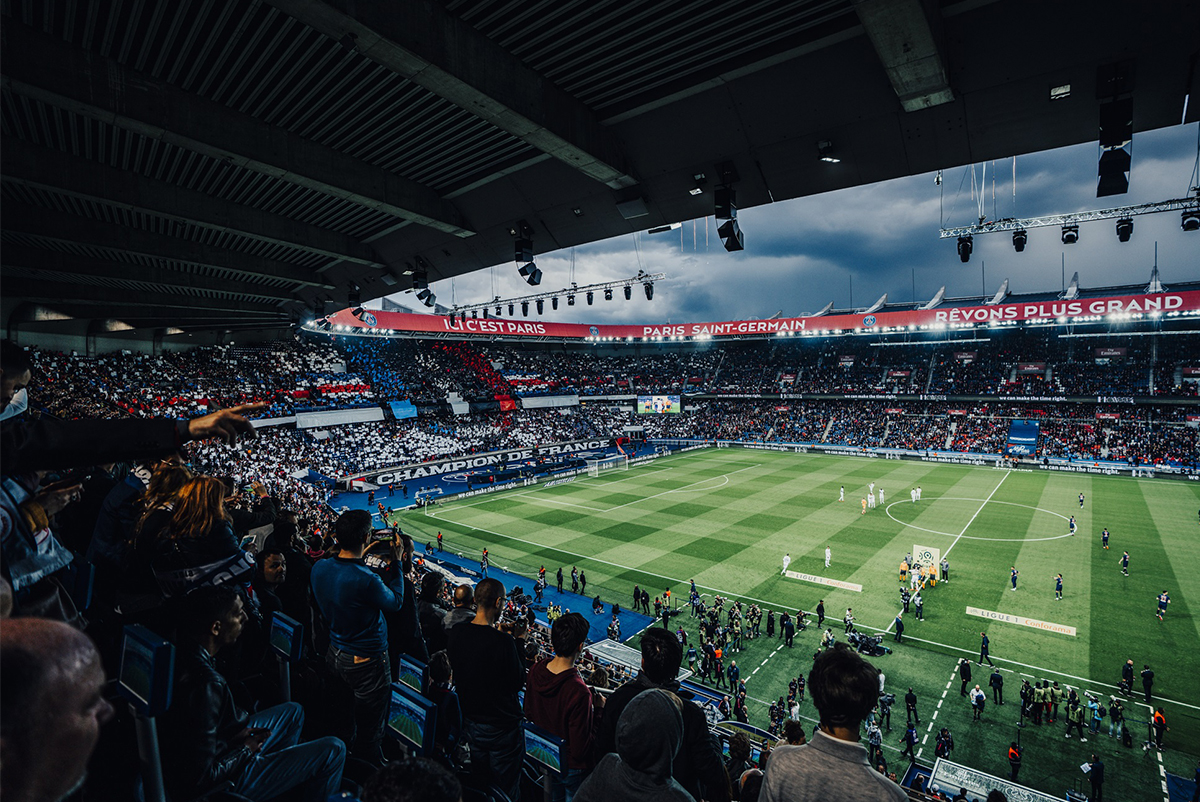 Formerly known as the Tribune Presidentielle, named after the former president of Paris Saint-Germain, this side stand offers the best view of the players’ entrance and the respective benches. 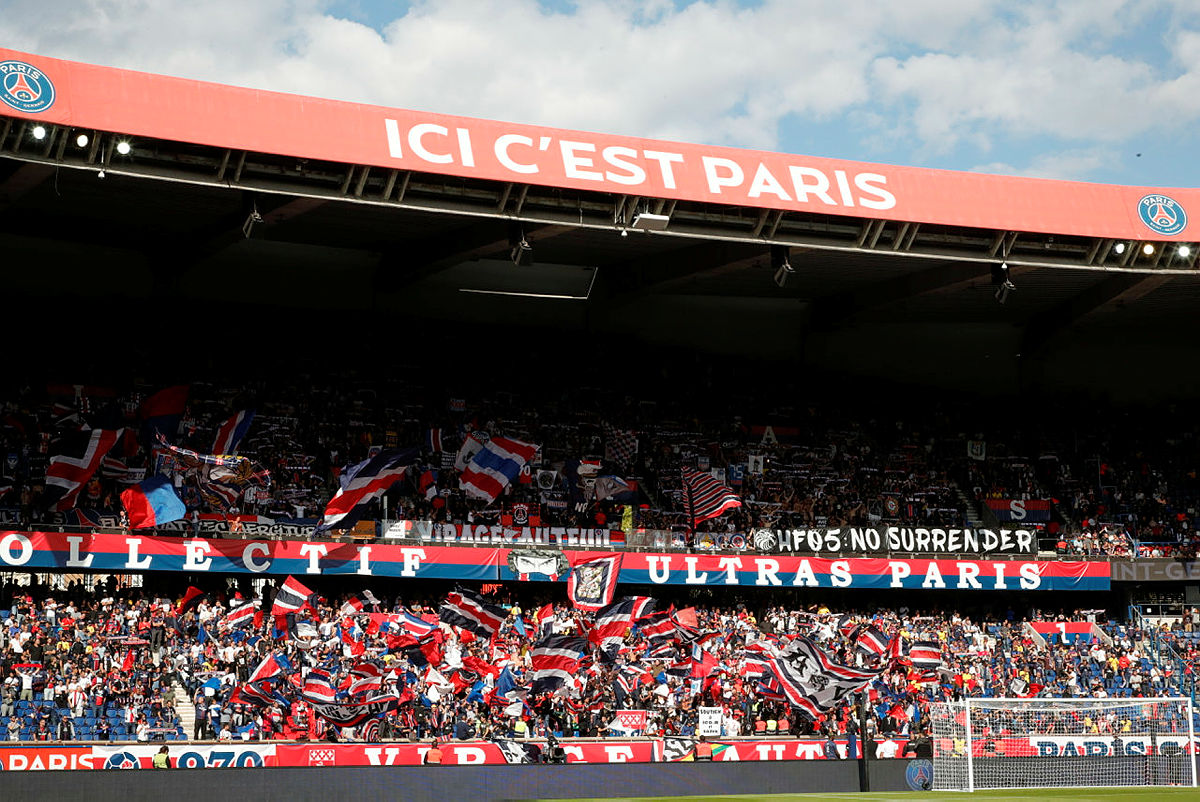 This is the northern stand of the ground. It is located close to the metro station after which it is named. The two-tier design that is seen throughout the stadium can also be found in this stand, which sits just behind the goal. This is a stand where all fans, from different backgrounds, are welcomed without any aim towards a particular set of supporters. 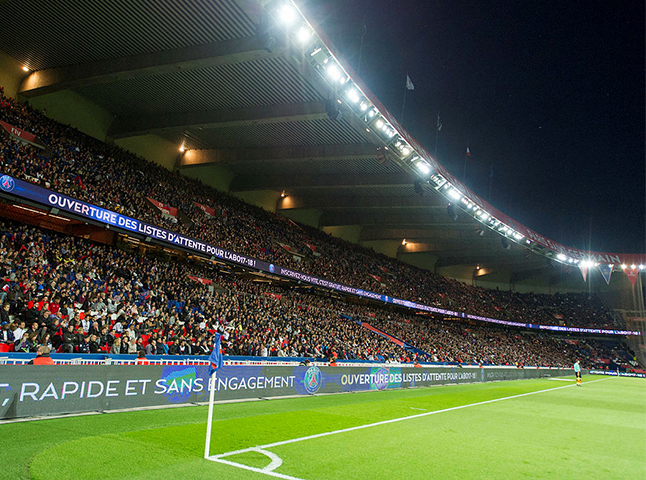 Located in front of the Borelli grandstand, this side stand offers a beautiful view of the Parc’s lawn, so you don’t miss a thing of the meeting. 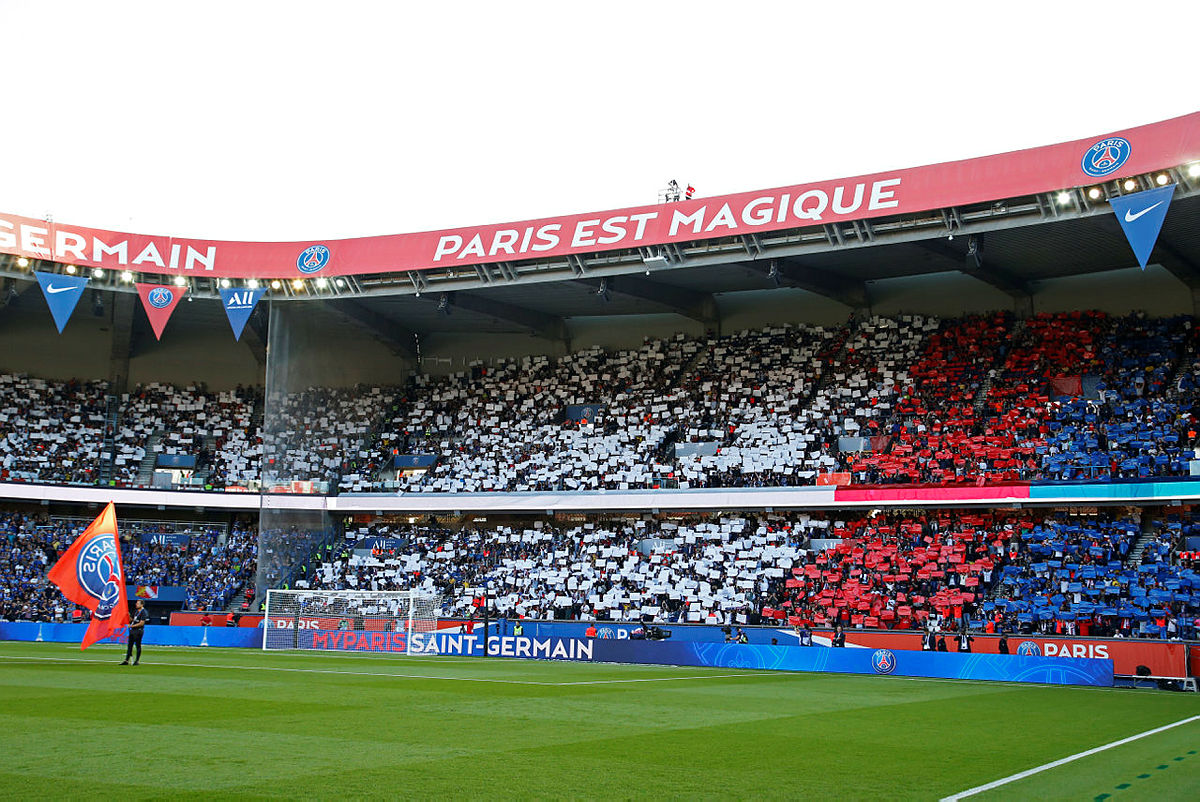 This is the Southern stand which is also called the Kop of Boulogne – a name that has been picked up after PSG’s games against Leeds and Liverpool in European competitions. This stand happens to house the most passionate and ardent supporters of PSG.

Parc des Princes is the famous home of Paris Saint Germain, although it shares the stadium with rugby side Stade Francais. It was designed by French architect Roger Taillibert, who is also renowned for having designed the Olympic Stadium in Montreal.

Le Parc des Princes has been in existence since 1897, which was then called Stade Velodrome du, though it has been through numerous different iterations since then. Situated in the 16th arrondissement of Paris, the area was a forested parkland used by the royal family before the French Revolution. This gave the stadium its name. 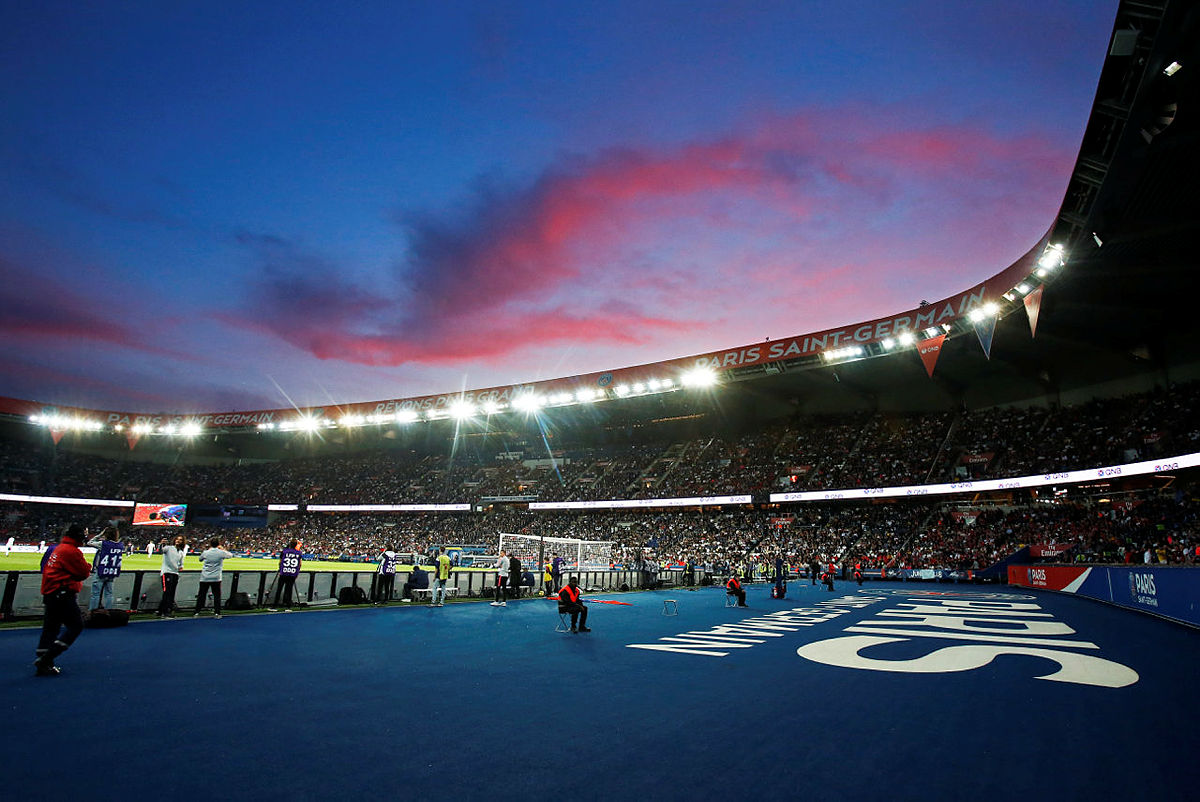 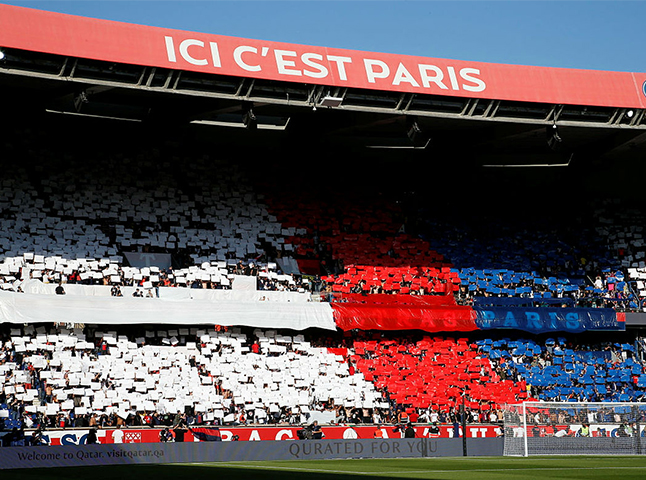 It was originally designed as a velodrome, but when it first opened spectators were not allowed in as there were fears that it was so badly built that the stands may collapse under the weight of the supporters. It wasn’t just used for cycling though, with the first rugby game taking place in the stadium on the 14th of November 1897.

Initially, the venue had served as a cycle racing track and also held a number of rugby matches. It was 1903 when the stadium hosted its first international football match and witnessed the victory of England over France by 0-11.

A newly renovated Parc des Princes opened in 1932 and hosted matches at the 1938 World Cup. It was also the venue for the very first final of the European Cup as Alfredo Di Stefano’s Real Madrid beat the mighty Stade de Reims of that time 4-3 in front of more than 38,000 fans. Two years later, the final of the first European Championship was played here as the Soviet Union of Lev Yashin beat Yugoslavia 2-1 in extra time. 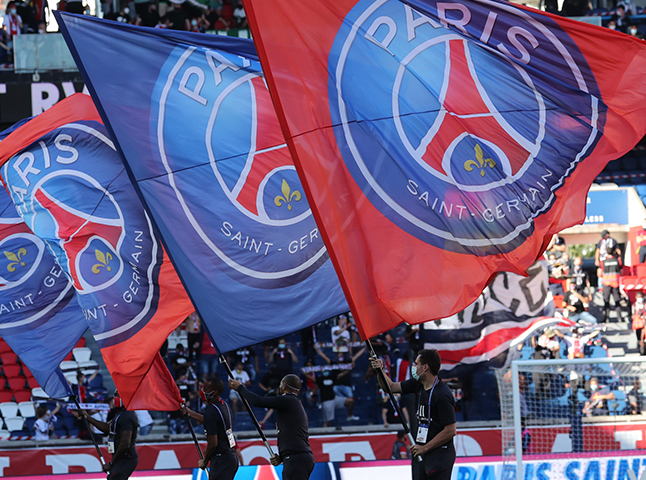 Later it was to host another European Championship final when Michel Platini’s France side beat Spain 2-0 to win Euro 1984 as hosts, and countless more European club finals. Among them, the 1981 European Cup final when Alan Kennedy’s goal gave Liverpool a 1-0 win over Real Madrid, and the 1998 UEFA Cup final in which Ronaldo scored as Inter Milan defeated Lazio 3-0.

The Parc des Princes may not be the biggest stadium on the continent, but it remains one of the most impressive, both when empty and when packed to the rafters on a match-day, when the noise of the crowd can be deafening.