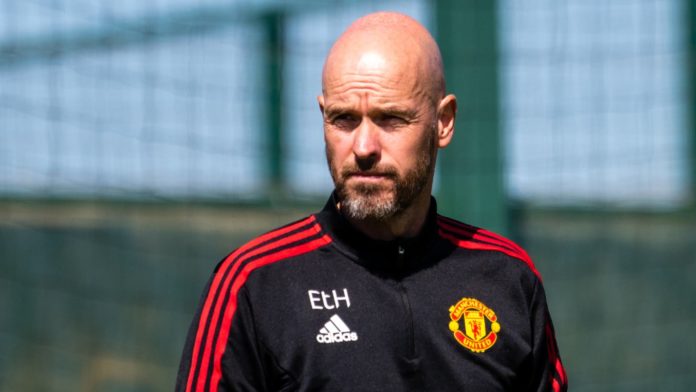 Two losses in a row, five goals conceded. Four league wins in a row, sudden title contenders, then brought back down to earth after conceding six in a derby and a dull stalemate against a team in a transitioning period.

Football is a game of highs and lows, but Manchester United have been feeling it to the extreme this season. Predicting the result of a United game is a death wish these days. You’ve got a better chance of winning at an online casino these days. The best sites according to Slot Tracker will have you started in a bit and these days, everything is more reliable for winning than betting on a Manchester United game.

After the Arsenal game:

🗣 Erik ten Hag: “I understand fans. They dream. But we are at the start of the process. We are still far away.”

We lost to the best team in the country and all of a sudden it feels like we’ve reached such a low point. Pick ourselves up & go again.💪🏼 pic.twitter.com/SIW9y42HUi

The key, then, for Red Devils‘ fans and club alike is to keep on an even keel and not get carried away, in good or bad. Here is why

The similarities to Erik ten Hag’s start at Ajax are eerie. When he started at the Dutch club, the performances were full of stutters. A huge win would be followed by an upset. Fans were getting exasperated at the style of football and inconsistencies. However, ten Hag preached patience.

The players would take some time to get used to his “Automatisms”. These were pre-defined and structured actions on the pitch used to break down the opposition. These can be defensive as well as attacking.

While ten Hag comes straight from the Johan Cruyff school of “Total Football”, the thing that separates him from the other idealists is his pragmatism.

He prefers to play a possession-based game but at Ajax, he moulded his team to suit his players the best, something that can already be seen at United too.

🗣️ Erik ten Hag: "Thank you for the lesson, Pep and City. We have to understand, we have to do things much better."

For example, his Ajax team flourished with Tadic as almost a False 9, and then went even better with Haller, an old-fashioned No 9. Similarly, ten Hag recognized during his first two games that the United team, in its current form, was not capable of playing from the back and dominating possession. Tactical tweaks followed, lessons were learnt and United went on a winning streak.

After the loss to Pep’s City, ten Hag said something similar when he said “Thank you Pep, and Manchester City for the lesson”. For ten Hag, management is all about evolution, with a view to a full revolution. Hiccups are part and parcel of such a thing.

Patience is a virtue not common these days. United were crowned quasi-title contenders after a four-match winning streak. However, after a loss against arguably the best side in the world, they were written off as failures.

The constant churning of the news cycle doesn’t help with the patience of fans. Moreover, things are magnified when the club in question is Manchester United.

At the boardroom level, expectations are already being set regarding the next transfer windows. The owners have taken billions out of the club and the team always seems like one loss away from a full-blown crisis. In such flammable circumstances, Erik ten Hag’s calm demeanour has been a breath of fresh air.

Big shout going out to the anti Glazer lads keeping the message loud, out in Cyprus 🇨🇾🇾🇪#UEL | #MUFC | #GlazersOut

Moreover, he is saying all the right things. In ten Hag, fans have a voice that is not as direct and confrontational as Rangnick’s but not as accommodating as Solskjaer. He has the perfect mix of steely determination along with an empathetic side to man-management.

The club finally have an identity that everyone is working towards. Therefore, these results should be taken exactly as they are. Steps in a long-term vision that will only be realised with patience and backing.

Talking about a long-term vision is only palatable if signs of growth are obvious from the outset. So far, they have been crystal clear in ten Hag’s reign. Wins against Arsenal and Liverpool speak of a team that no longer goes into its shell in big games. Even in the 6-3 loss against Man City, the team showed the propensity to keep fighting till the end, adding a semblance of respectability to the scoreline.

As the team keeps building up to its long-term vision, this rollercoaster ride will have a lot more ups and down. The key is to keep calm, just like ten Hag. Then with patience and backing, United might get as near to competing as they have been in a long time.