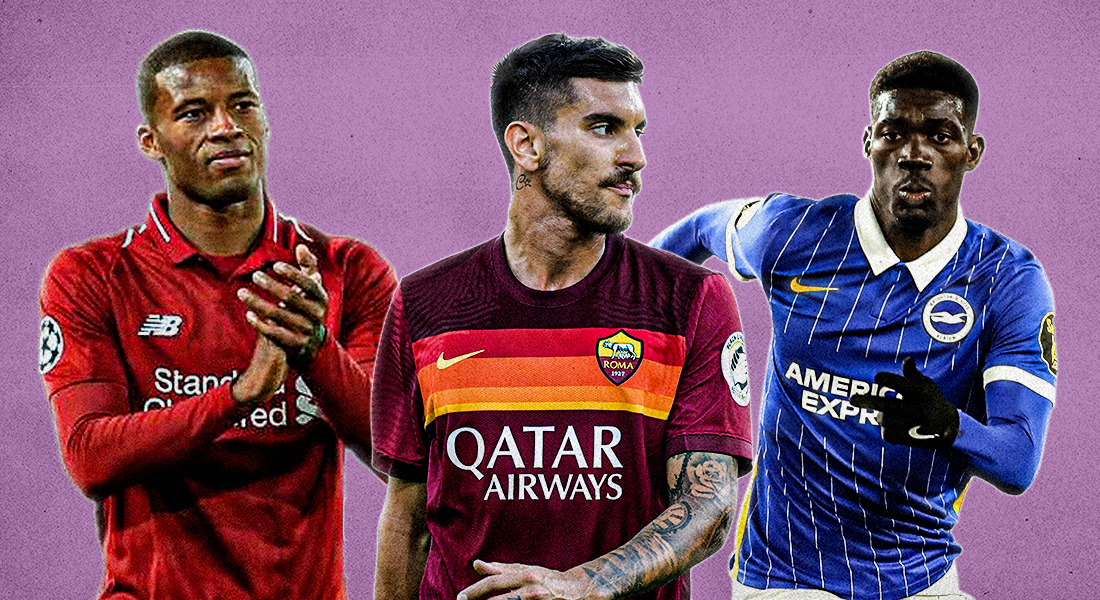 Jurgen Klopp took over Liverpool in 2015, and it is quite easy to name Georgino Wijnaldum as one of his most reliable players in the entire squad.

After the scenes at full-time in Liverpool’s 2-0 win against Crystal Palace at Anfield on Saturday, it is safe to say that the Dutchman is set to leave Merseyside after five successful seasons at the club.

Thank you for everything, I will miss you #YNWA ❤️❤️ pic.twitter.com/kUsvxc3qbi

Wijnaldum was signed from a then relegated Newcastle in 2016 for a fee of £25 million and he has repaid the fee fully with his outstanding performances for the club.

It will be hard for Klopp and Michael Edwards to replace a first-choice player and the recruitment team will be scratching their heads on whom to sign the ever-realiable Gini.

The Malian international has been outstanding for Brighton and Hove Albion this season, adding on to his breakthrough performances in 2019/20. A very energetic midfielder in Graham Potter’s high-flying side, Bissouma is also a brilliant passer of the ball.

He completed 87.2% of the passes attempted while also progessing the ball efficiently this season; his yards progressed this season is 4093, which is greater than that in the previous two seasons combined.

Although being deployed as a box-to-box midfielder by Potter, Bissouma is more than capable of doing the dirty work, which is evident in his numbers, with 66 interceptions and 22 successful aerial duels.

Heavily monitored by Arsenal and other clubs around Europe, Liverpool will have a fight on their hands if they are sign the Seagulls’ midfielder to replace Wijnaldum.

A slightly left-field choice, Lorenzo Pellegrini enters into the final year of his contract at Roma and with a reported £25 million release clause, which Roma have been trying forever to remove, Liverpool can swoop in for the Italian international in the summer at a bargain fee. Lorenzo Pellegrini might be surprise pick in replacing Wijnaldum but is certainly a very talented player. (Image Courtesy: AS Roma / Website)

A more attack-minded player than Wijnaldum, Pellegrini wouldn’t be a direct replacement for the Dutchman but with Thiago, Jordan Henderson alongside the Italian, Klopp can create something new next season.

The attacking numbers for Roma’s captain have been impressive, with seven goals and six assists in the league but the defensively, Pellegrini is overlooked as he has had 6.88 ball recoveries every game while also having 2 tackles per game.

Currently, one of the young midfielders, Houssem Aouar is the midfield lynchpin for Lyon for the past two seasons and could be the player Liverpool might look at keenly to replace Wijnaldum. 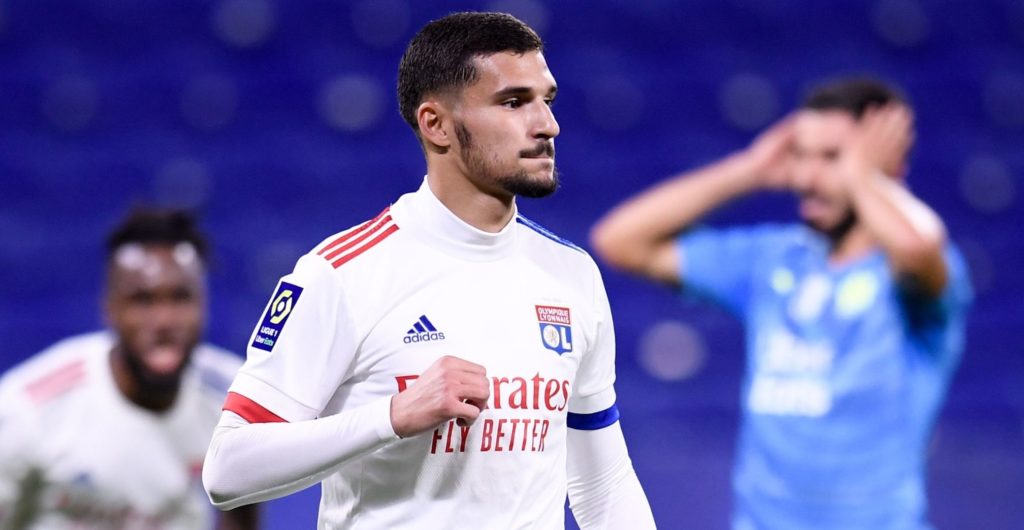 Houssem Aouar’s talent and age is perfect for Liverpool as they look to replace the outgoing Wijnaldum. (Image Courtesy: Ligue 1 / Website)

The 22-year-old is a highly technical player, possessing excellent passing and dribbling skills and can inject creativity into Liverpool’s midfield which was lacking heavily during the mid-season and his ability to find space in tight situations will also help the Reds break low blocks.

The Frenchman was very close to joining Arsenal last summer, but the deal fell through during the last days of the transfer window and could cost around upwards of £35 million for Liverpool.

The Golden Boy award winner in 2016, Renato Sanches’ career has taken a big upward turn since joining Lille in 2019 after three disastrous seasons at Bayern Munich, out of which one was at Swansea City, on loan.

A key member in Lille’s title winning squad this year, Sanches is a versatile player as he is comfortable in the middle of the park as well as on either flank. He, like Wijnaldum is a workhorse while playing in the midfield and is also blessed with immense ball-winning and ball-retaining abilities.

An outstanding performance in a historic game. 🔥 pic.twitter.com/Wp1qWYfGEK

One year earlier he might have cost around the £30 million mark but with Lille winning the championship and also having got new owners, it is likely that the French club will demand at least £50 million for the 23-year-old Portuguese.

While Liverpool might look at foreign targets to replace Wijnaldum, they have a very strong option of saving that money and replacing the Dutchman with their very own academy graduate, Curtis Jones.

Having made his debut in January 2019 against Wolves in the FA Cup, Jones has had a breakthrough season in 2020/21, as he went on to make 34 appearances for the Reds in all competitions. 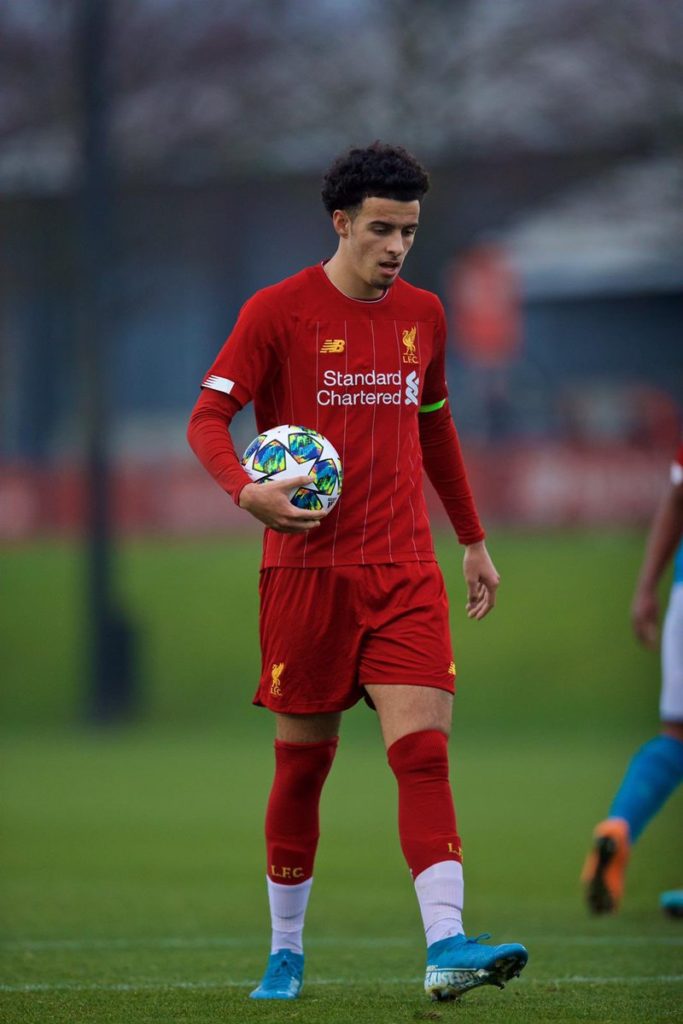 Curtis Jones can become the in-house replacement for Wijnaldum after his breakthrough season this year. (Image Courtesy: Liverpool FC / Twitter)

Jones started off as an attacking midfielder who could also play on the wing, but this season he has predominantly played as a central midfielder during Liverpool’s injury crisis and might continue to do for the rest of his career.

When Wijnaldum arrived at the club, he was also seen as an attack-minded midfielder but Klopp has transitioned him into a press resistant box-to-box player and Jones can too undergo the same process and it could easier too, as he puts up numbers similar to that off Wijnaldum in the limited game time that the youngster has featured in.